Jacob MacDonald broke a tie with his first goal of the season and the Colorado Avalanche beat the Arizona Coyotes 6-2 on Saturday night to sweep the two-game, two-day series. 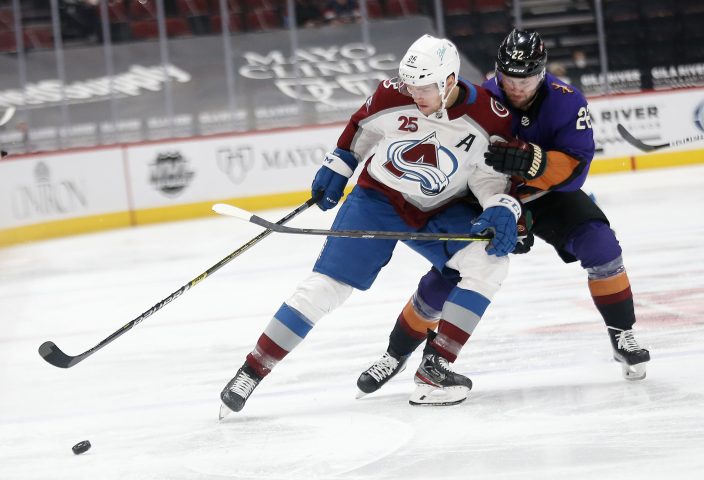 Colorado won the opener 3-2 on Friday night. They knocked the Coyotes out of the playoffs last season in five games.

Arizona got off to a much better offensive start against Colorado than the night before, when it managed just 10 shots through the first two periods. The Coyotes outshot the Avalanche 9-7 in the first and had a few good chances to score, including Phil Kessel's shot that hit the right post and bounced away.

MacKinnon opened the scoring with 7:44 left in the first period when he beat Raanta with a wrister to the top right corner of the net. Raanta was playing in just his fourth game this season. 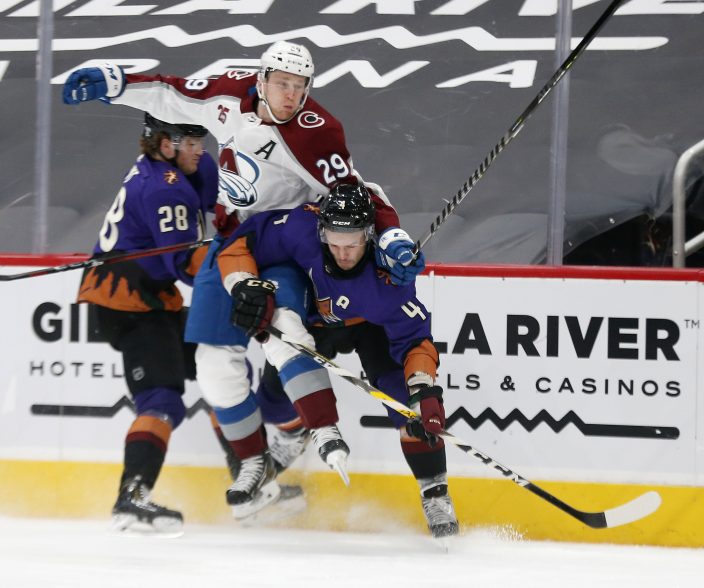 Colorado started the second period with an offensive flurry, putting 10 shots on goal in the first four minutes but couldn't put anything in the net. Arizona tied it late in the period when Keller deflected a pass from Niklas Hjalmarsson past Grubauer.

Colorado answered three minutes later when MacDonald wrapped around the back of the net and slipped the puck past Raanta for a 2-1 lead. It was MacDonald's second goal of his career.

The Avalanche pulled ahead 3-1 early in the third on a power-play goal by Landeskog, who corralled a rebound and smacked it into the net. Donskoi, Jost and Bellemare all scored later in the third. 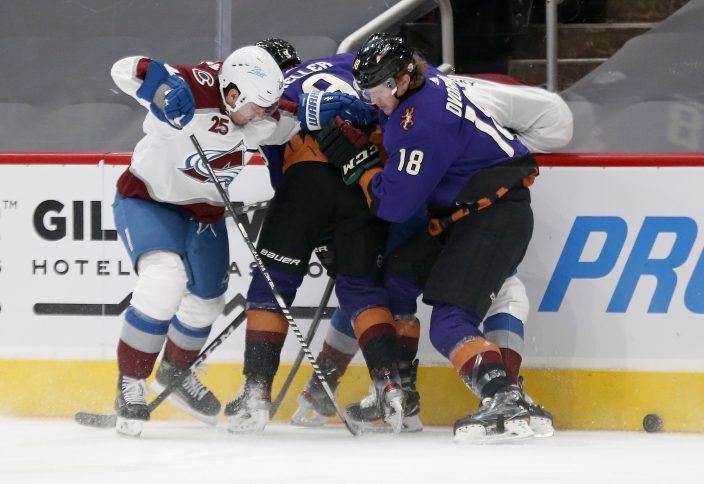 Colorado dominated offensively in the final two periods and finished with a 41-24 advantage in shots.

Coyotes trainer Dave Zenobi worked his 2,000 professional hockey game on Saturday night. He was honored before the game with a framed jersey that had a 2,000 on it. ... Arizona's Conor Garland missed the game with a lower-body injury. He leads the team with 19 points. It was the first game he's missed this season. ... 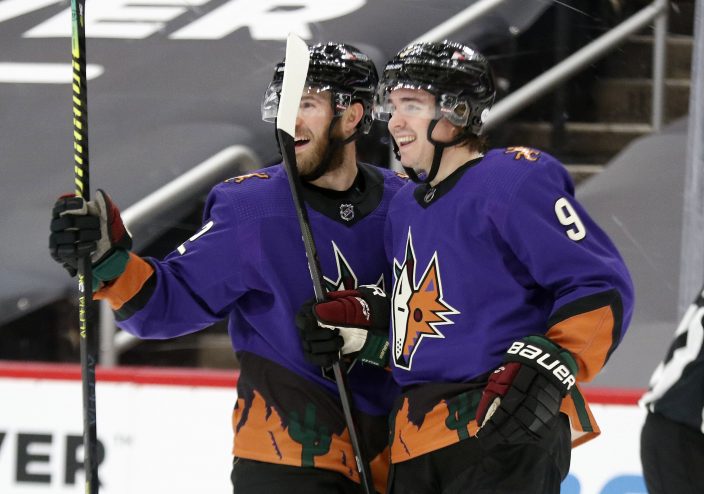 Arizona Coyotes' Jordan Oesterle (82) celebrates with Clayton Keller (9) after he scored against the Colorado Avalanche during the second period of an NHL hockey game Saturday, Feb. 27, 2021, in Glendale, Ariz. (AP PhotoDarryl Webb) 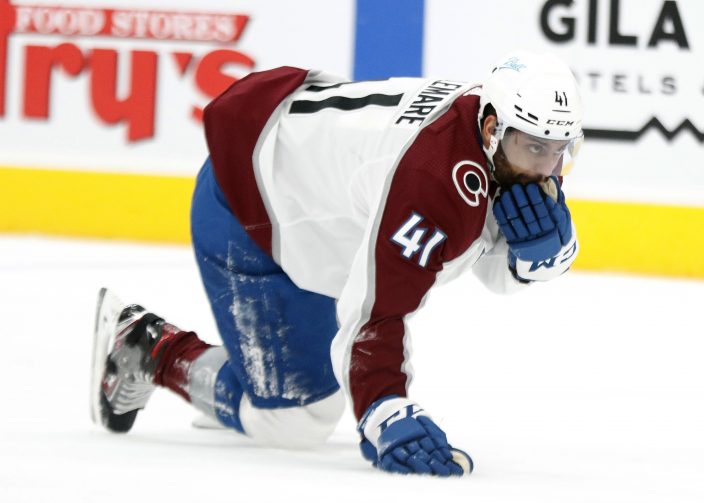 Colorado Avalanche's Pierre-Edouard Bellemare holds his mouth after getting hit by the puck during the second period of the team's NHL hockey game against the Arizona Coyotes on Saturday, Feb. 27, 2021, in Glendale, Ariz. (AP PhotoDarryl Webb)