William Karlsson scored two goals, including the winner in overtime, and the Vegas Golden Knights continued their mastery of the Anaheim Ducks with a 3-2 victory Saturday night.

Karlsson scored on a breakaway and put a wrist shot past John Gibson with 1:37 remaining in overtime for his fifth goal of the season. Karlsson also had a highlight-reel goal in the second period to give Vegas a 2-1 lead.

Alex Pietrangelo extended his points streak to three games with a goal and an assist while Marc-Andre Fleury made 28 saves, including a pair on point-blank shots from Isac Lundestrom in overtime. 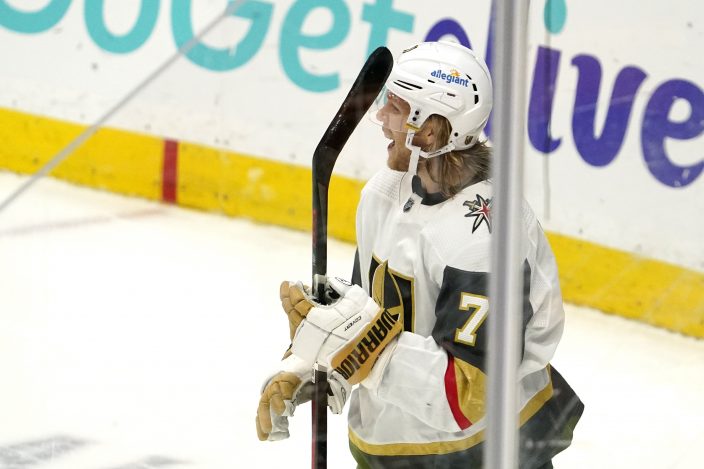 Vegas has won four of five meetings against Anaheim this season, and 14 of 17 all-time.

Rickard Rakell led Anaheim with a goal and an assist, while Adam Henrique also scored. Gibson stopped 24 shots for the Ducks, who are winless in their last six games.

Rakell and Pietrangelo both scored their second goals of the season during the first period on wrist shots from the faceoff circle. 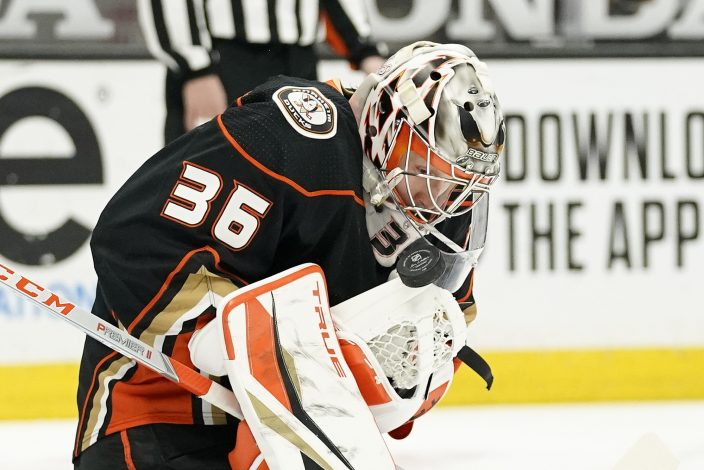 Rakell's shot came from the left circle and beat Fleury on his short side midway through the period. Pietrangelo evened it with 3:31 remaining in the first when he went top corner from the right circle while Gibson was screened.

Karlsson gave Vegas a 2-1 lead nine minutes into the second period when he got behind Anaheim's defense after getting a long pass from Pietrangelo and then chipped a shot over Gibson's glove as he was falling to the ice for his fourth goal of the season and first in nine games.

Henrique made it 2-2 11 minutes into the third when he was able to knock in a rebound after Fleury made a pad save on his initial shot. It was Henrique's first game back in the lineup after he cleared waivers on Feb. 21. 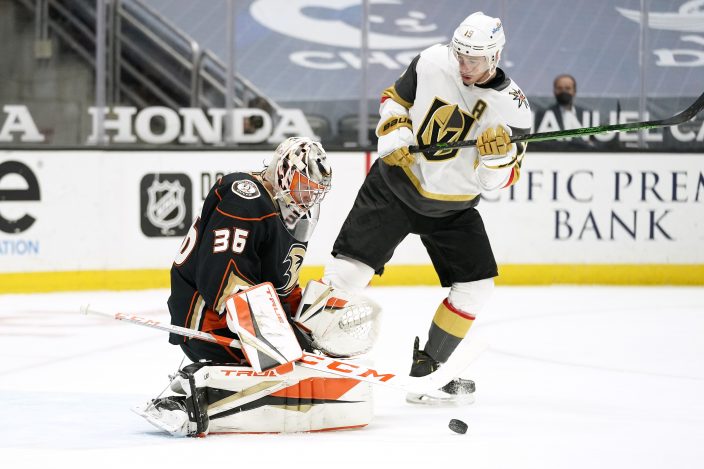 Fowler, who was the 12th overall pick by Anaheim in the 2010 draft, is the youngest player in franchise history to play 700 games with the club at 29 years, 2 months and 22 days. He had the assist on Rakell's goal and has a point in three straight games (one goal, four assists). 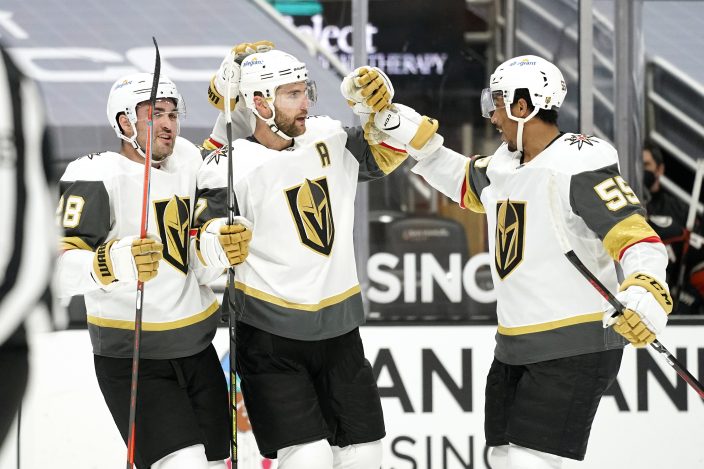 Shattenkirk was taken by Colorado with the 14th overall pick in 2007. He signed with the Ducks during the offseason after being with Tampa Bay during their run to the Stanley Cup last season. The 32-year old Shattenkirk has also seen stints with St. Louis and the New York Rangers. 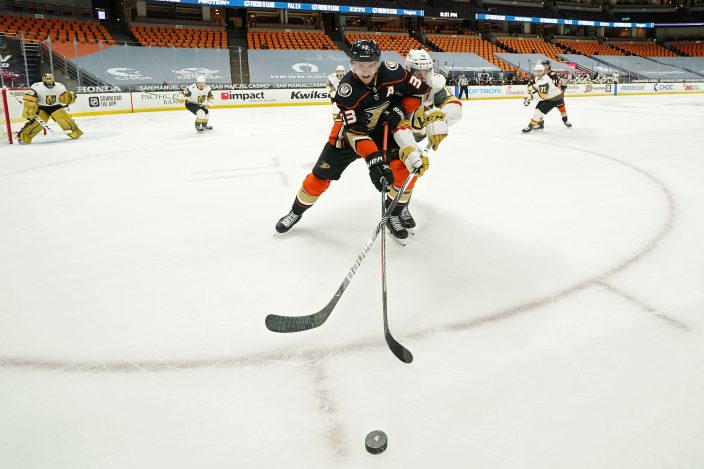 Ducks: continue their homestand Monday against the St. Louis Blues.