Fulham extended its unbeaten run in the Premier League to five matches with a 0-0 draw at Crystal Palace on Sunday.

Fulham stayed 18th in the Premier League relegation zone but moved to within three points of safety after Palace goalkeeper Vicente Guaita reacted quickly to keep out a header from Fulham's Josh Maja.

Center-back Joachim Andersen threatened the goal at both ends, forcing a save from his own goalkeeper with a misplaced clearance attempt, and heading wide at a corner soon after. He also had a shot blocked by Palace defender Gary Cahill later on in a game where set pieces often proved the most effective way to create chances. 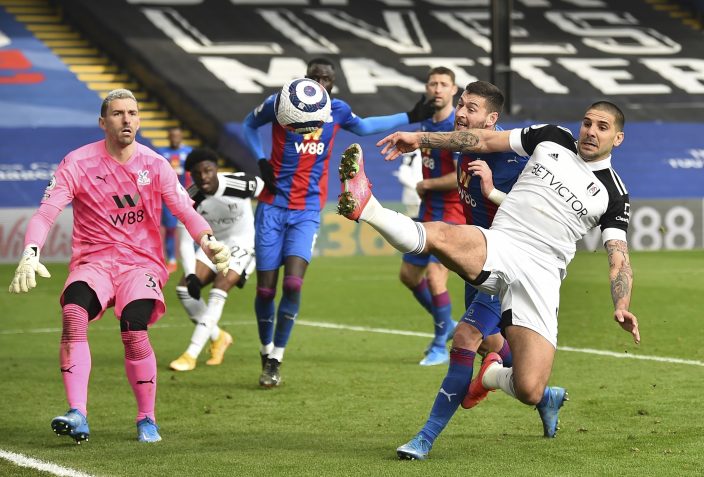 Fulham's Ademola Lookman and Maja sent shots wide late in the game as Fulham pushed for what could have been its first back-to-back wins since returning to the Premier League this season. Fulham has conceded one goal in its last five league games.

Palace remained 13th after manager Roy Hodgson's 150th game in charge but didn't record a single shot on target. Hodgson's team has now lost three of its last four league games without scoring, with the exception being a 2-1 win over Brighton on Monday.

The overhaul in the top ranks of G ...