The president of Serbia's Football Association was on Sunday questioned by police in connection with recent arrests of several members of a soccer fan group accused of murder, kidnapping and drug trafficking.

Serbian media said Slavisa Kokeza was quizzed over his links to leaders of the Partizan Belgrade supporters' group who were arrested earlier this month in what officials say is a major crackdown against soccer's links with organized crime.

Kokeza reportedly refused to answer questions and also refused a lie-detector test during the questioning. 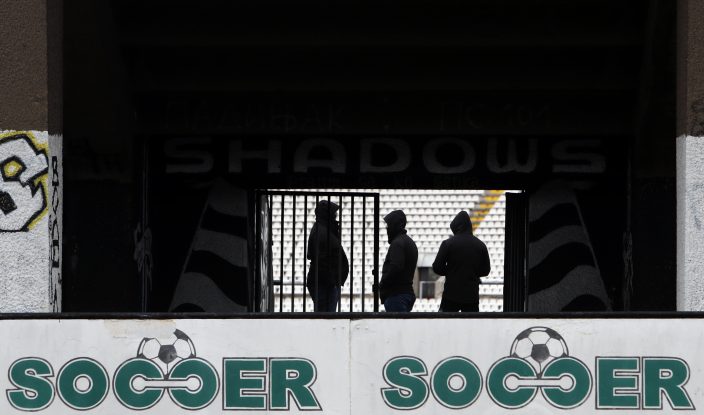 Details from the police investigation leaked to the media include alleged killings by group members of their rivals, including decapitations and torture in a special “bunker” at the Partizan stadium in the Serbian capital.

Populist Serbian President Aleksandar Vucic, who has often boasted about his youth as a radical supporter of Partizan’s rival Red Star Belgrade, said Saturday that some of the “shocking” details of the investigation will be made public next week and that children will be warned not to watch.

Vucic has suggested that the fan group members wanted to kill him although his 23-year-old son was frequently photographed with its members in recent years. 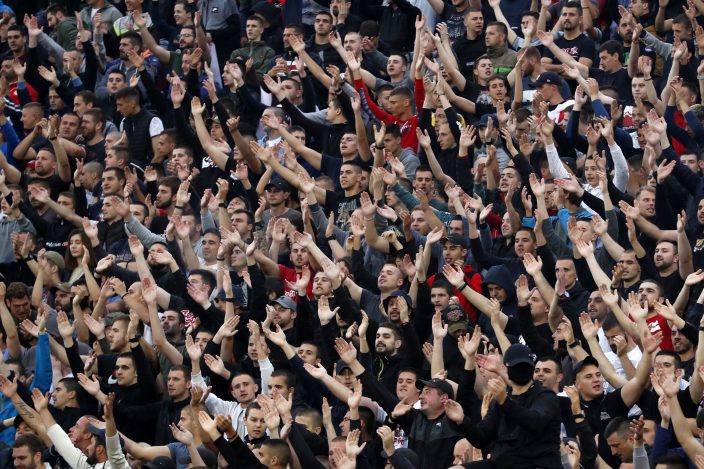 In this Wednesday, June 10, 2020. photo, Red Star fans support their team during a Serbian National Cup semi final soccer match between Partizan and Red Star in Belgrade, Serbia. Red Star Belgrade soccer club director Zvezdan Terzic says he has tested positive for the coronavirus, days after the Serbian champions played matches in front of thousands of fans despite the pandemic. (AP PhotoDarko Vojinovic)

Vucic’s opponents say the arrests appear to have been made for show because it is widely accepted that the regime has for years maintained close links with soccer group leaders.

Serbia has a history of tolerating hooliganism that often resulted in violence and outbursts of nationalism at stadiums. During the Balkan wars in the 1990s, many of them joined notorious paramilitary groups linked to war crimes against other national groups in the former Yugoslavia. 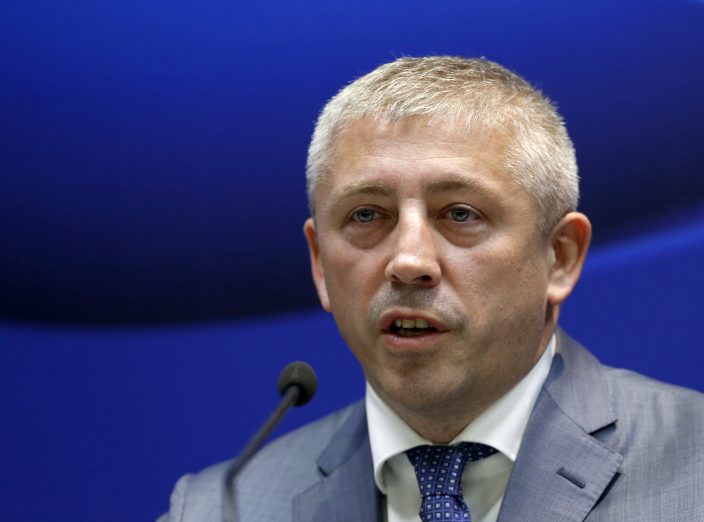 FILE - In this Friday, March 31, 2017 file photo, President of Serbia's Football Association Slavisa Kokeza speaks during a news conference in Stara Pazova, near Belgrade, Serbia. Police have taken in the president of the Serbian Football Association for questioning in connection to recent arrests of several members of soccer fan groups accused of murder, kidnapping and drug trafficking. Serbian media said Sunday, Feb. 28, 2021, Slavisa Kokeza will be quizzed over his links to Partizan Belgrade supporter group leaders who were detained earlier this month in what officials say is a major crackdown against organized crime.(AP PhotoDarko Vojinovic, File)

With the return of nationalists to power in Serbia nine years ago, far-right soccer supporters were often seen at pro-government rallies promoting a nationalist political agenda. In exchange, analysts say, the hooligans have been allowed to pursue their illegal business activities.

More than a dozen prominent figures from the country’s soccer supporters’ groups have been murdered in recent years. Most have perished in gangland-style killings.