Atlanta Hawks guard Bogdan Bogdanovic has progressed to one-on-one drills with contact as he recovers from a fractured right knee.

Bogdanovic, a 28-year-old from Serbia, has been out since a Jan. 9 game against the Charlotte Hornets. The next step in his rehab will be to take part in team practices.

The Hawks signed Bogdanovic to a four-year, $72 million contract during a free-agency spending spree designed to upgrade a roster that has undergone a complete overhaul since the team last made the playoffs in 2017. 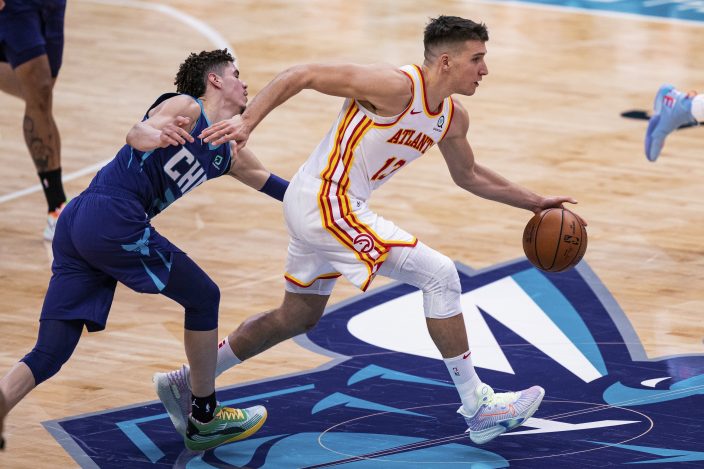 Atlanta Hawks guard Bogdan Bogdanovic (13) is fouled by Charlotte Hornets guard LaMelo Ball (2) during the first half of an NBA basketball game in Charlotte, N.C., Saturday, Jan. 9, 2021. Bogdanovic was shaken up on the play. (AP PhotoJacob Kupferman)

The 6-foot-6 shooting guard was averaging 9.9 points in nine games with two starts before his injury. He had hoped to return before the March 5-10 All-Star break, but it appears his recovery will take a bit longer.