Romelu Lukaku scored after just 32 seconds and helped to set up two goals as league leader Inter Milan beat Genoa 3-0 in Serie A on Sunday.

Inter dominated but took until the 69th minute to double its lead, through Matteo Darmian. Substitute Alexis Sánchez sealed the win to ensure Antonio Conte’s side moved seven points above second-place AC Milan, which visits Roma in the late game. Napoli was also playing later, against Benevento.

It was Genoa’s first league defeat since early January and left it 13th, eight points above the drop zone. 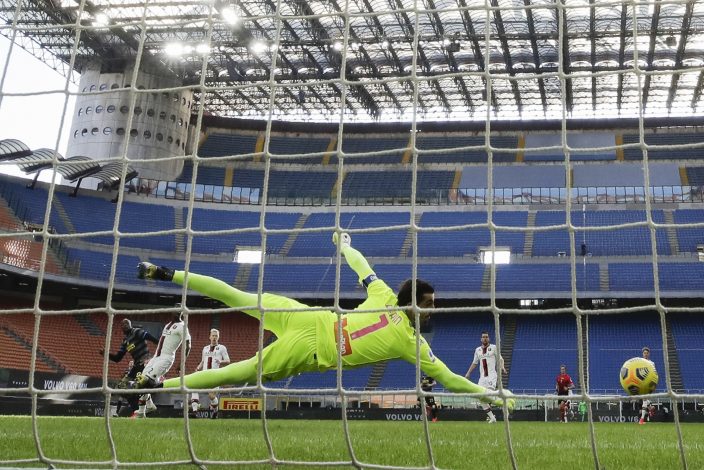 Inter was bidding for a fifth straight league win and it got off to the perfect start when Nicolò Barella sent a ball through to Lukaku, who played a quick one-two with Lautaro Martínez before drilling into the bottom left corner.

The Nerazzurri wasted a number of chances and Barella also hit a long-range stunner off the crossbar in the 17th.

Inter finally doubled its lead when Lukaku drew defenders toward him before setting up an unmarked Darmian.

Sánchez was brought on in the 76th and the Inter forward immediately scored as he turned in the rebound after Genoa goalkeeper Mattia Perin parried Lukaku’s effort. The goal was originally ruled out for offside but was awarded on video review.

Sassuolo wins 1-0 at Benevento in Serie A