Carter Hart stopped 28 shots and the Philadelphia Flyers shut out the Buffalo Sabres on consecutive days following a 3-0 win on Sunday.

Sean Couturier and Michael Raffl broke the game open by scoring 75 seconds apart early in the second period. James van Riemsdyk also scored in the second period by creatively tipping in Joel Farabee’s pass from the blue line, and the Flyers won their third straight following a 1-2-2 skid.

Hart followed Brian Elliott’s 23-save shutout in a 3-0 win at Buffalo on Saturday. It was Hart’s second shutout of his career, and he bounced back from being yanked after allowing six goals on 23 shots through two periods in a 7-3 loss to the Boston Bruins in last weekend’s outdoor game at Lake Tahoe. 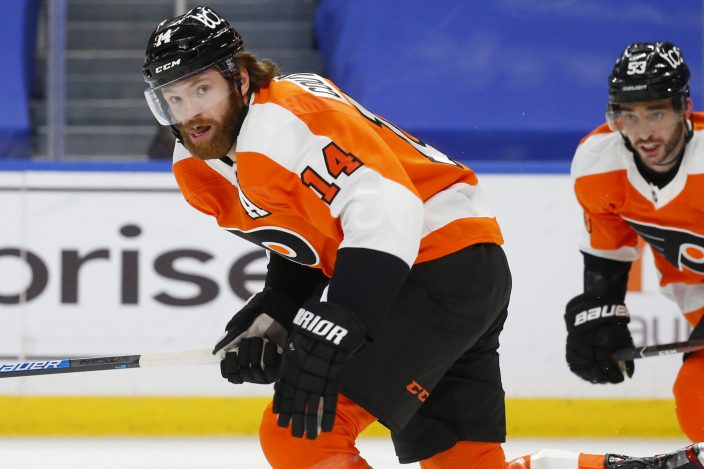 Hart’s best stop against Buffalo came 13 minutes into the second period, when he kicked out his left pad to stop Kyle Okposo attempting to convert Taylor Hall’s feed on a two-on-one break.

Sabres captain Jack Eichel’s return after missing two games with a lower-body injury failed to make a difference. Buffalo dropped to 2-7-1 in its past 10 and has gone 125:47 since Sam Reinhart scored a power-play goal late in a 4-3 overtime loss to New Jersey on Thursday.

The Sabres were shut out for the fourth time this season, and third time by the Flyers, including a 3-0 loss at Philadelphia on Jan. 19. 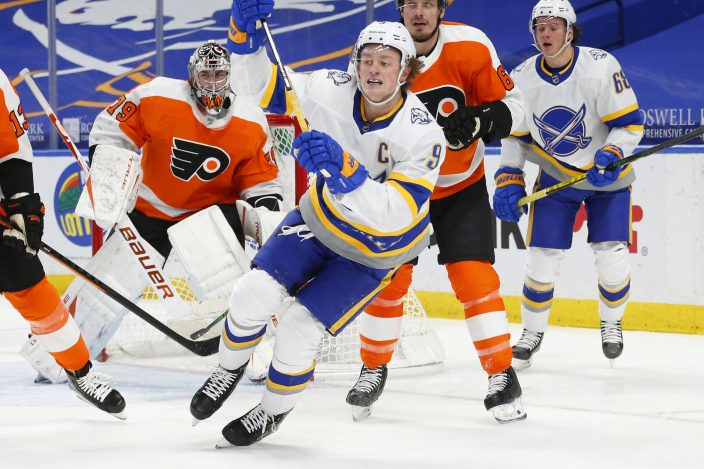 The Sabres’ season-long offensive woes are reflected in how they rank last in the NHL in having scored just 21 goals in five-on-five situations. They also entered the day ranked 28th with 42 total goals. The Flyers, by comparison, have now scored 43 times while on five-on-five alone.

Rookie Jonas Johansson stopped 35 shots in his first start of the season and sixth of his career.

Couturier extended his point streak to six games (five goals and five assists) by opening the scoring 22 seconds into the second period. Johansson got his glove up to stop Farabee’s shot from the slot, but had no time to set himself before Couturier one-timed in the rebound from in close. 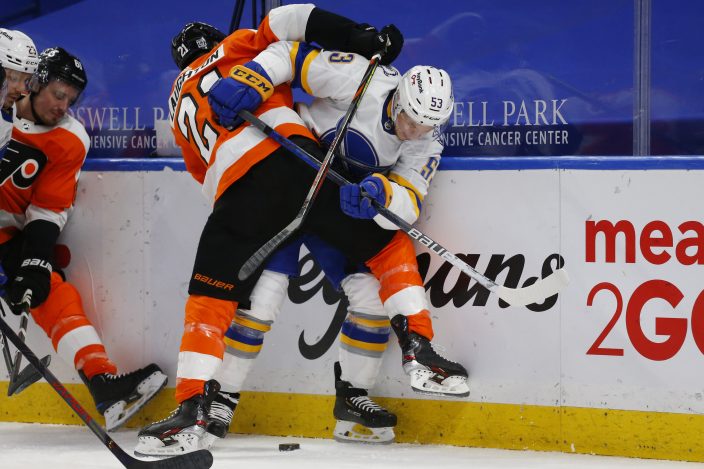 Raffl made it 2-0 shortly after winning a faceoff to the left of the Sabres net. Philippe Myers worked the puck back to Robert Hagg at the blue line, from where his shot was tipped in by Raffl in front. 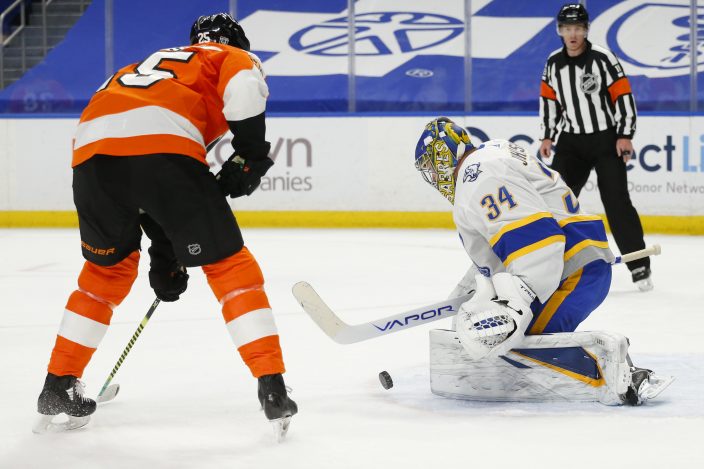 The Flyers are 0-3-2 against the Bruins while improving to 11-1-1 against their remaining East Division opponents. They’re been outscored by Boston by a combined 23-14, while outscoring the rest of the division 49-29.

Flyers: D Erik Gustafsson was scratched in place of Myers, who returned after sitting out one game.

Sabres: In a desire to inject “fresh energy” into his blue line, coach Ralph Krueger sat Colin Miller and Jacob Bryson and replaced them with Matt Irwin and taxi-squad callup Brandon Davidson. Rookie C Dylan Cozens was a healthy scratch with Eichel returning to the lineup.

Flyers: Open three-game series at the Pittsburgh Penguins on Tuesday.