Jayson Tatum made two twisting, driving baskets in the final 15 seconds and finished with 31 points Sunday night, leading the Boston Celtics to a 111-110 comeback victory over the Washington Wizards despite 46 points by Bradley Beal.

Kemba Walker scored 21 points for the Celtics, and Daniel Theis had 20 points and nine rebounds. Boston, which beat Indiana on Friday, has won consecutive games for the first time since late January.

Russell Westbrook had 24 points and 11 rebounds for the Wizards, who had won seven of eight. Davis Bertans added 20 points. The Wizards led 110-105 after Beal’s driving basket with 47 seconds left before the Celtics sliced it to one on Tatum’s acrobatic shot in the lane with 15 seconds left.

Washington then turned the ball over before Tatum’s twisting bucket gave the Celtics a 111-110 edge with 4.7 seconds left.

Beal got trapped in front of Boston’s bench and fired up a shot that bounced off the rim as the buzzer sounded. 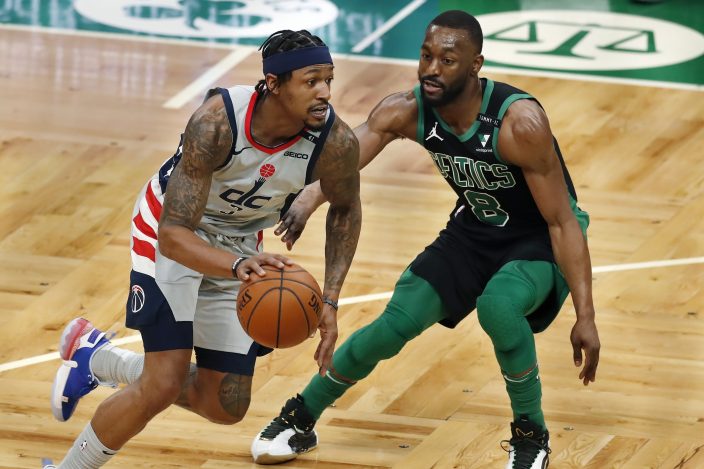 Robin Lopez then nailed a short hook shot and Beal had a driving basket. 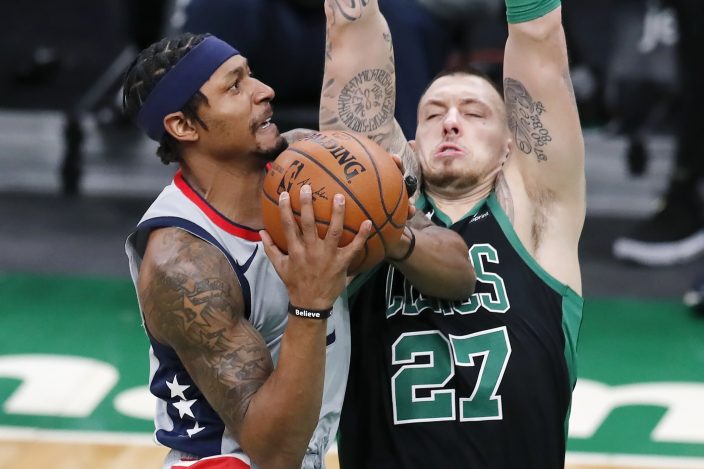 Washington Wizards' Bradley Beal goes up to shoot against Boston Celtics' Daniel Theis (27) during the first half of an NBA basketball game, Sunday, Feb. 28, 2021, in Boston. (AP PhotoMichael Dwyer)

Coming off a victory at home a night earlier against Minnesota, the Wizards took a while to get going, but after an extremely slow start they opened the final quarter with an 11-2 spurt to take their first lead of the game.

The Celtics had matched their largest lead of the game on Walker’s 3 from the right wing, giving them a 68-57 edge early in the third quarter, before Beal scored eight of the Wizards’ points during a 12-2 run over a 5:03 stretch. 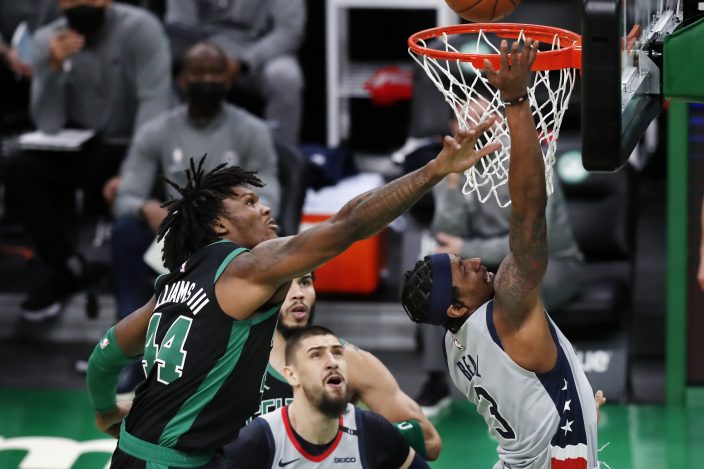 Wizards: Bertans has hit two or more 3s in team-record 16 consecutive games. … Missed their initial eight shots of the game and didn’t get their first basket until Bertans’ 3 just past halfway into the opening quarter. 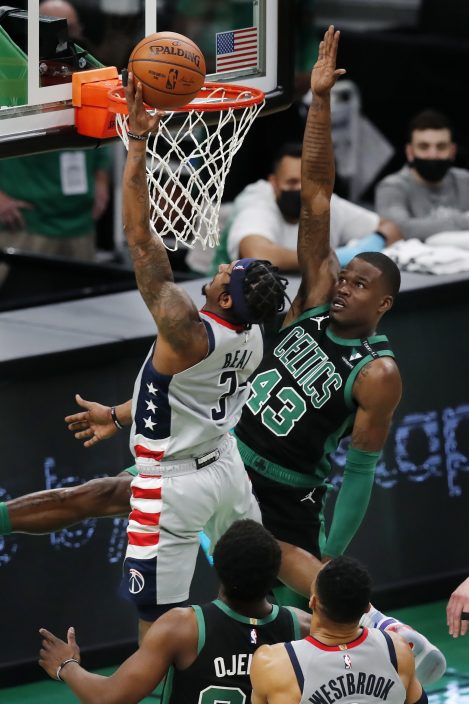 Tatum, a 6-foot-8 forward, drove the lane around Rui Hachimura and delivered a powerful dunk over the 7-foot Lopez, bringing a boisterous response from the Celtics’ bench.

Wizards: Host the Memphis Grizzlies on Tuesday, opening a stretch that features seven of eight games at home.