Chinese international striker Wu Lei says he is enjoying the winning momentum of his club Espanyol, despite having been benched for three games.

The 29-year-old striker was an unused substitute as Espanyol won three games in a row, prompting disgruntled fans in China to call on him to return to the Chinese Super League. 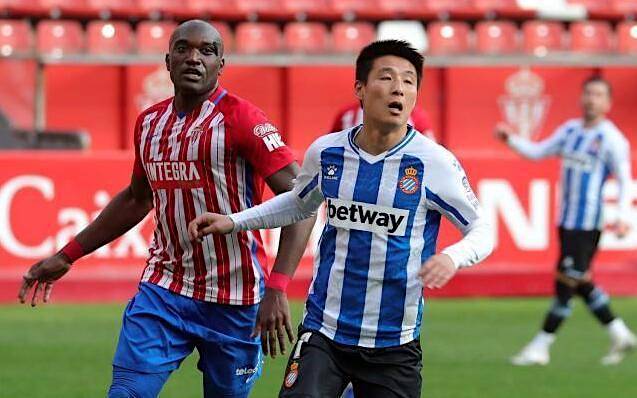 But Wu said he is still happy with life at the Spanish second-tier club, and is determined to work harder to earn a place in the team.

"I am delighted to see our team won consecutive games, even though I regrettably had to watch from the sidelines," Wu said. "The head coach is justified to maintain a consistent lineup to achieve consecutive wins. The longer the stability lasts, the more effective it is."

"The coach's duty is to lead the team to win games and get promotion. He is doing very well. In no way do I fear the competition inside our team, and on the contrary, I enjoy it. It serves as motivation for me to work harder," added the striker.

"Our goal this season is to win promotion, and every player needs to make contributions in order to achieve it."