When the last testing event for para-alpine skiing came to an end on Friday, Yan Cheng could finally heave a sigh of relief after holding his nerve for more than a week.

Starting from February 16, a tailored testing program for the Beijing 2022 Olympic and Paralympic Winter Games was staged in the Yanqing and Zhangjiakou competition zones.

Yan, director of the human resource department of the organizing committee, spent the past days at the organizers' Shougang headquarters in front of four giant screens, monitoring the competition venues and related information including weather and transportation. 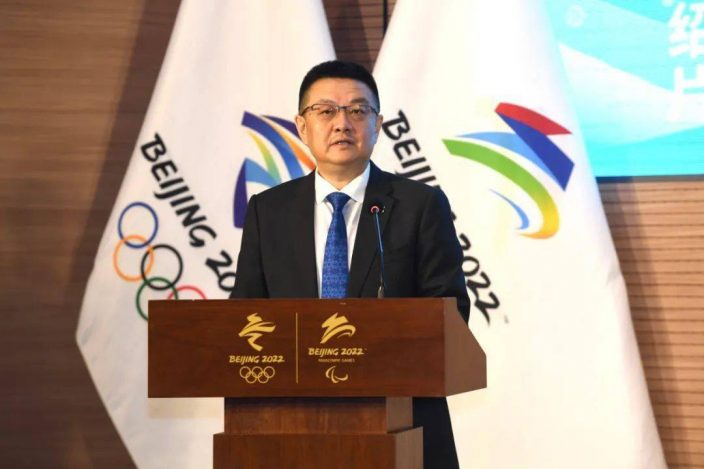 During the test runs that were restrained to domestic athletes due to the COVID-19 pandemic, events across 20 disciplines of snow and sliding sports were tested in six venues in 10 days with 4,306 personnel involved.

"Test runs are fundamental to deliver a successful Games. It is through these tests that we figure out whether our operational plans are scientific and identify problems in the system," Yan said.

"Based on the general performance, it's fair to say the testing program has yielded good results in line with the goals we set beforehand," he continued.

Beijing pledged to deliver an "athlete-centered" Olympic Winter Games in its bid, which involves top-class venues, operations, and services for athletes.

These are all put to test during the past 10 days, and feedback has been positive.

Coming first in the women's singles luge race on the world's longest course that features a 360-degree curve, Hu Huilan was happy with the run.

"It's a long and difficult course that requires skill and rhythm. It feels comfortable to slide through," she said.

Para-alpine skier Liu Sitong was satisfied with the accessibility in the venues.

"I think everything is fine, especially the accessibility. There are barrier-free toilets, passages, and ski lifts, which makes it very convenient for us," Liu said.

According to Yang Jinkui, a quick transition from the Olympic to Paralympic events was realized and special services for athletes with disabilities, for example, maintenance of artificial limbs and wheelchairs, were available free of charge.

"Although it was only a testing program, we completed our tasks up to high standard, and the satisfaction rate of the participating teams was 100 percent," Yang said with pride.

Freestyle course design expert Davide Cerato, who was also involved in the preparations for the Sochi 2014 and PyeongChang 2018, gave thumbs-up to the operation team, hailing them "the best team I have ever worked together with."

"For me, these test events have been very successful, everybody here is working very, very hard. They are all professionals at the maximum level," he said. "The result is to see only happy smiling faces at the end of each run of the athletes. That's the most important thing."

On the Xiaohaituo Mountain, where weather-sensitive Alpine skiing competitions will be hosted, 17 meteorological stations and four backup stations were built to enable accurate weather forecast by the minute for a range of 100 meters.

Indicators including wind speed, wind direction, temperature, and humidity are monitored to decide if conditions are suitable for the Alpine events to take place.

If the answer is no, then come the challenges.

"During the entire testing program, the weather is the biggest uncertainty that affected our operation," confessed Yan.

On the very first day of the test runs, all planned events in both competition zones were canceled without the required wind speed and temperature, before the weather forced more rescheduling in the following days.

To deal with the challenges, the organizers established a designated committee to deal with rescheduling at its headquarters to make precise decisions.

However, as competition lies at the core of the operational plan, rearranging the competitions brought about systematic changes in games service, including catering, accommodation, transportation, security, and ticketing, Yan pointed out.

"After the committee figured out rescheduling solutions, different departments and working units were able to execute in a coordinated manner, which gave us experience and confidence in handling similar situations during game time, which is proved to be inevitable," he explained, adding that the entire system will include efforts from the parties including the International Olympic Committee, International Winter Sport Federations and Olympic Broadcasting Service.

To ensure the safety of the athletes, which Tong believes is the top priority for the winter games, quick medical service is always on standby during the test events.

Helicopter rescue training and the transfer of injured athletes was one of the key practices during the testing program, introduced Yu Debin, director of the organizers' games service department.

"Generally the results are good. We were able to reach an injured athlete within four minutes as required, make a diagnosis, and transfer injured athletes to the hospital if needed," he noted, adding helicopter rescue missions in different wind conditions provided precious data for game-time operation.

The director highlighted the technology application in the process, especially mobile MRI and CT units, which enabled quick and precise diagnosis with images sent immediately to the designated hospital.

In addition, the global COVID-19 pandemic posed an extra challenge for safe games and stringent virus prevention and control measures were in place in the rehearsal for Beijing 2022.

At the Genting Snow Park, journalists practiced non-contact interviews with athletes separated by fences in the mixed zone.

"The World Health Organization says we should be two meters apart. And each one of these fences is two meters... so we actually double the WHO [standard]," said former FIS freestyle coordinator Joe Fitzgerald.

To ensure food safety, all the materials were monitored and made traceable under the support of local government and health authorities, Yu mentioned.

The measures were proven effective. Over 30,000 samples went through COVID-19 tests and all results were negative, according to organizers.

Isolation and transfer of positive cases were also rehearsed to accumulate experience and staff's awareness of epidemic prevention was strengthened through the testing program, Yu added.

Dirk Scheumann, a former freeskier and now shaper for the Olympic course, said he felt "very comfortable and safe" working in Genting.

"It's great to see when everything comes together after such a long planning period. So it's really great. I'm looking forward to next year to the Olympic Games," the German said.

Although the test runs were fruitful, Yan is fully aware that this is only a start.

"The most important thing is solving all the problems we discovered one by one in the days to come so that they won't repeat themselves when we are en route to fulfilling our promise of hosting an excellent games."

The testing program will continue in April for skating, ice hockey, and curling before Beijing 2022 unveils on February 4, 2022.