Sun, also a member of the Political Bureau of the Communist Party of China Central Committee, made the remarks here on Monday during an inspection tour on the preparatory work for the Games. 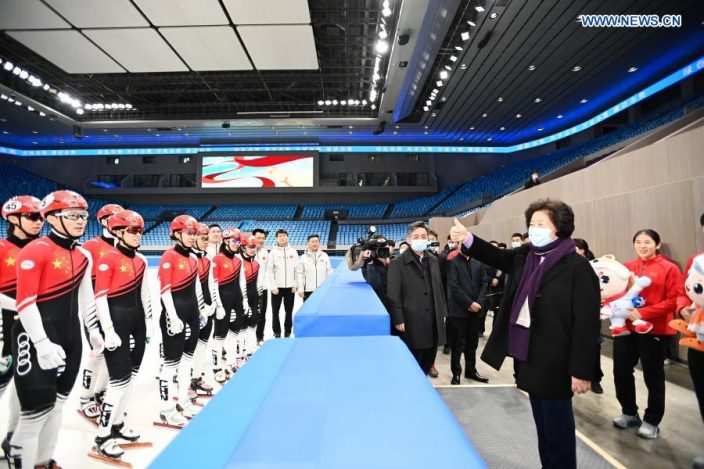 Sun visited the Capital Gymnasium in the capital city's Haidian District, the National Alpine Skiing Center, and the National Sliding Center in Yanqing District. She inspected the venues' construction and athletes' preparations, extended her thanks to the athletes, coaches, and working staff for preparing the Games, and expressed her best wishes for the Chinese Lunar New Year.

With the Beijing Winter Olympics less than one year away, a total of 527 athletes from 29 teams train hard for the Games. Sun urged Chinese athletes to work harder to improve competition skills, make more efforts for better results, display outstanding morals, win glory for the motherland, and add luster to their lives.

Sun also called to continue the fight against doping and underlined that a zero-tolerance stance on doping must be maintained and Chinese athletes must compete clean at the Games.