In just his fourth game back after missing more than a year because of a hip injury, Winslow — playing in his hometown — had his best scoring night since October 2019.

Memphis had lost three of four before blowing out the slumping Rockets. Houston has its longest losing streak since a 15-game skid in November and December 2001. The 84 points are the Rockets' lowest total since Nov. 8, 2018, in a loss to Oklahoma City. 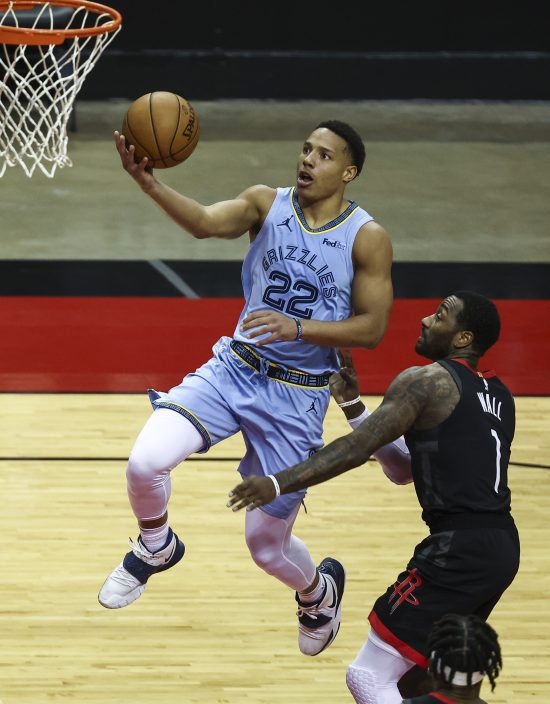 Houston was 4 of 45 3s on 3-pointers. John Wall and Jae’Sean Tate each had 14 points for the Rockets.

The Grizzlies led 25-18 lead after the first quarter, then outscored the Rockets 38-19 in the second for a 63-37 lead. After the break, the Grizzlies quickly scored two easy baskets, leading to a timeout by Houston just 54 seconds into the third quarter. 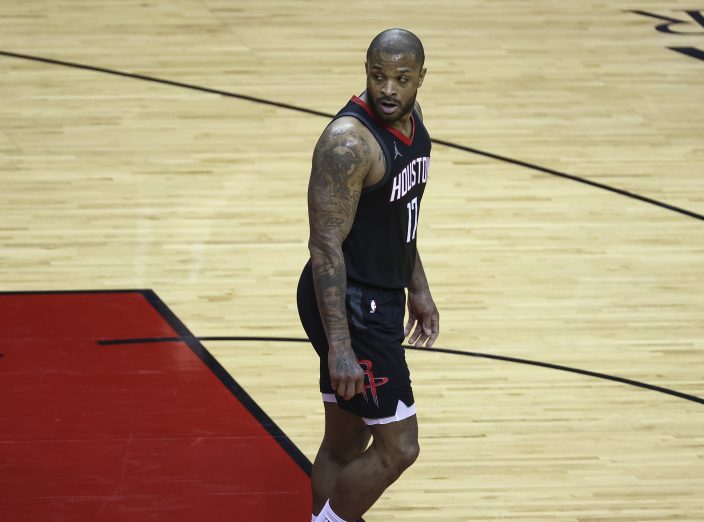 Houston Rockets forward P.J. Tucker (17) reacts after a play during the second quarter of an NBA basketball game against the Memphis Grizzlies, Sunday, Feb. 28, 2021, in Houston. (Troy TaorminaPool Photo via AP)

Memphis outscored the Rockets 35-8 on fast-break points and 74-36 on points in the paint.

Grizzlies: SG Grayson Allen (concussion protocol) remained sidelined after taking an elbow to the head on Friday night against the Clippers. Bane started in Allen’s place, scoring 11 points in 23 minutes. . C Killian Tillie made his NBA debut and made down a late 3-pointer to loud cheers from the Memphis bench. 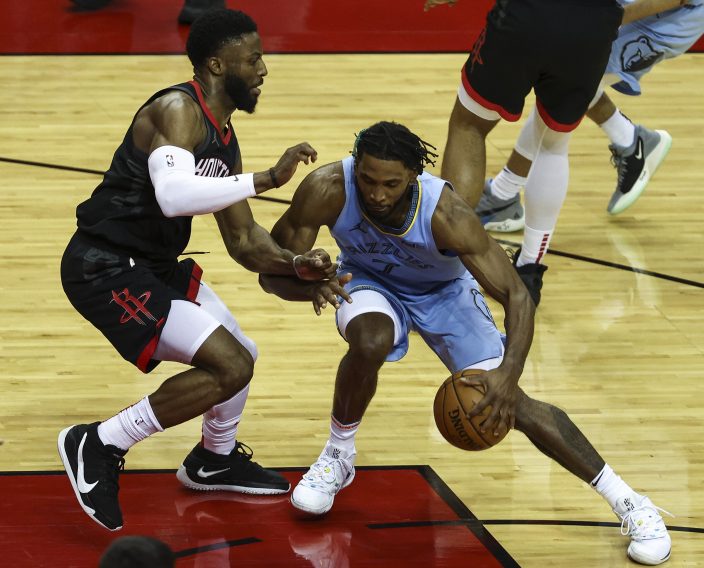 Rockets: Center Justin Patton made his first career start. He had 10 points and five rebounds in 26 minutes, and was Rockets' only starter to make a 3-pointer.

Grizzlies: At Washington on Tuesday night.

Wolff: Russell has lots to learn after crash with Botta ...

As well as damaging his car, Georg ...