Monk finished with 21 points to help Charlotte come back despite playing without leading scorer Gordon Hayward, who sat out with a hand injury.

LaMelo Ball added 24 points and a career-best 12 assists for the Hornets, who trailed the entire fourth quarter before Monk’s game-winning play. 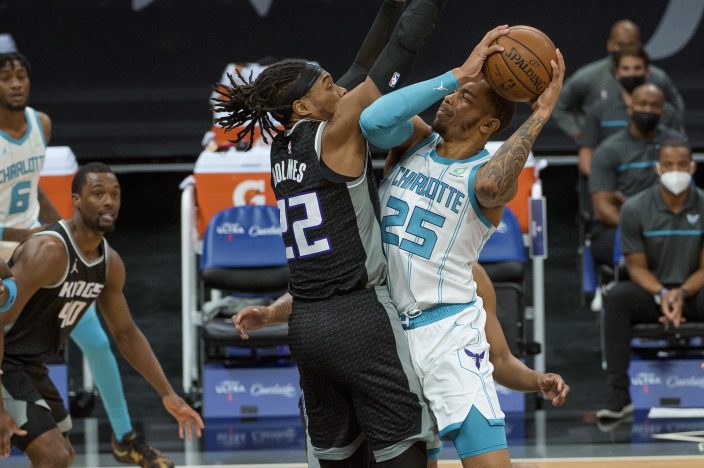 The Kings missed five free throws over the final 69 seconds and lost for the 10th time in 11 games.

Terry Rozier made a 3-pointer and then added three free throws after being fouled by Barnes with 33.7 seconds left. 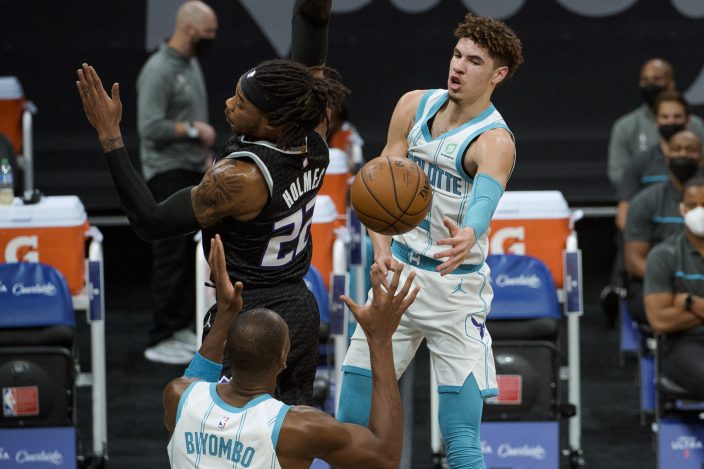 After Washington’s fifth 3 cut the lead to 125-124 with 17 seconds remaining, Buddy Hield hit one of two free throws for the Kings.

Monk followed by driving down the lane and flipping the ball off the backboard with his right hand. He was fouled by Richaun Holmes.

Hield missed a desperation heave from beyond midcourt as time ran out. 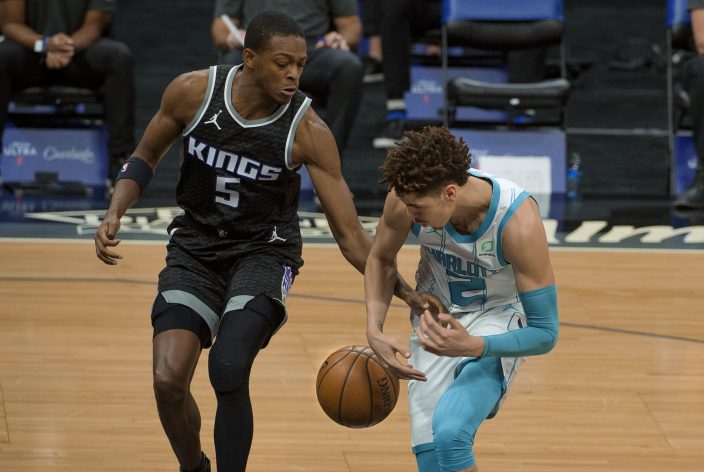 Ball gave the Hornets a scare just before halftime when he crashed into the Charlotte bench after catching an inbounds pass from the opposite end of the court. Ball tried to flip the ball backward, then tumbled over chairs and into a cooler stand before he was helped up.

The first half was highlighted by a scoring duel between Hield and Washington. 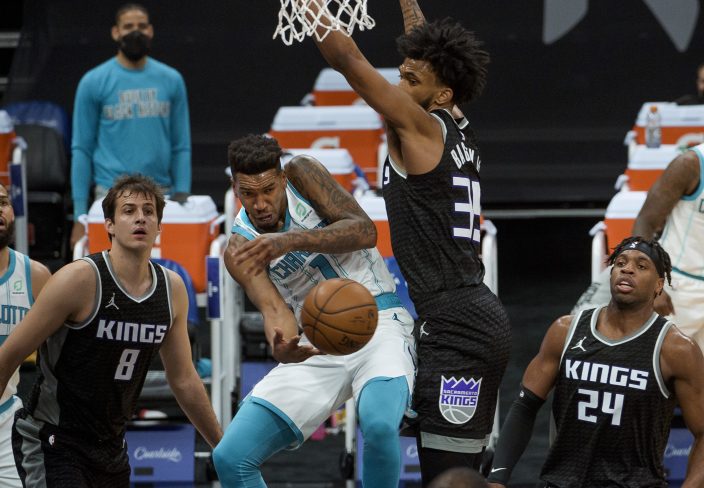 Hield made five 3s and had 17 points in the first quarter to help the Kings go up by 14. Washington brought the Hornets back, scoring 14 of his 22 first-half points in the second period to cut the lead to 67-66.

An anticipated matchup between Ball and Sacramento guard Tyrese Haliburton was postponed when Haliburton sat out a second straight game with a sore left calf. Both are among the early leading candidates for NBA Rookie of the Year. 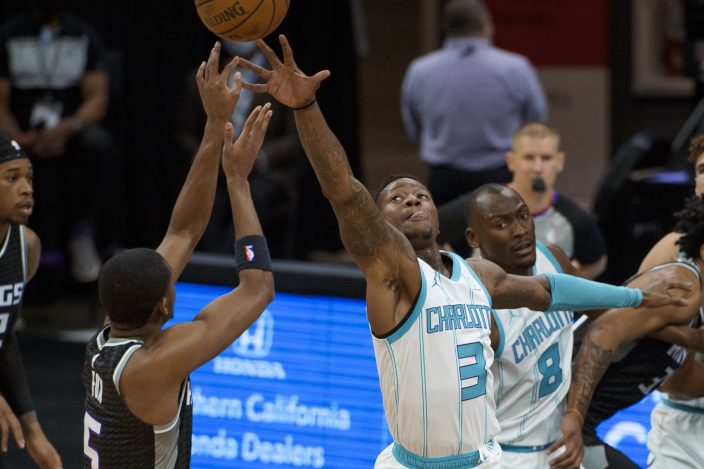 During a pregame ceremony at midcourt as the Hornets warmed up nearby, Haliburton wore a light blue suit and was presented with the rookie of the month award for games played in December and January.

Hield became the fastest player in NBA history to reach 1,000 career 3-pointers, doing so in his 350th career game. Stephen Curry of the Warriors was the previous fastest at 369 games.

Hornets: Washington’s 15 field goals were a career high. … Monk picked up a technical foul for yelling at referees after scoring in the second quarter. … Jalen McDaniels was called for an inbounding violation midway through the first.

Hornets: Visit the Trail Blazers on Monday. Portland has won 12 straight at home against Charlotte

Kings: Host the Los Angeles Lakers on Wednesday. The Kings haven’t beaten the Lakers at home since Dec. 27, 2018.