Australian Prime Minister Scott Morrison on Monday stood by an unnamed Cabinet minister against calls for him to step down from office over an allegation that he raped a 16-year-old girl more than 30 years ago.

The allegation has created a cloud hanging over the 16 men in Morrison’s 22-minister Cabinet and feeds complaints of a culture within Parliament that is toxic for women.

The allegation was contained in an anonymous letter sent to the prime minister’s office and to three female lawmakers last week. 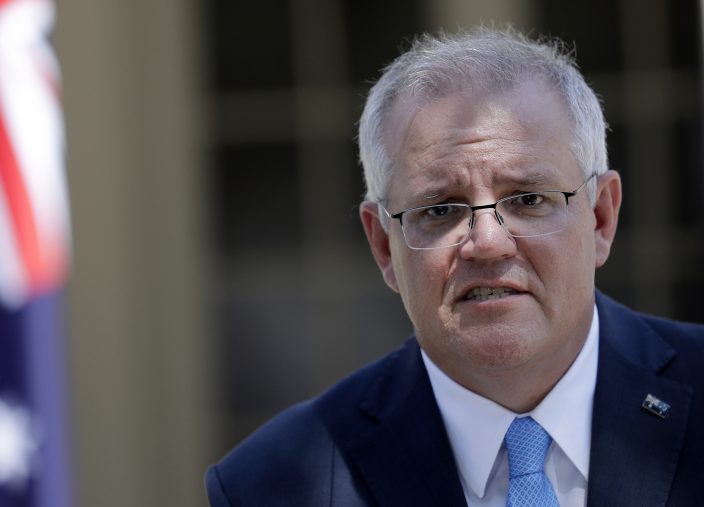 Australia's Prime Minister Scott Morrison speaks to the media in Sydney, Monday, March 1, 2021. Morrison stood by an unnamed Cabinet minister against calls for him to step down from office over an allegation that he raped a 16-year-old girl more than 30 years ago. (AP PhotoRick Rycroft)

The letter contained a statement from a complainant that detailed her allegation of a rape she said occurred in New South Wales state in 1988.

The woman, who has not been publicly named, reported the allegation to police before taking her own life in June at age 49. 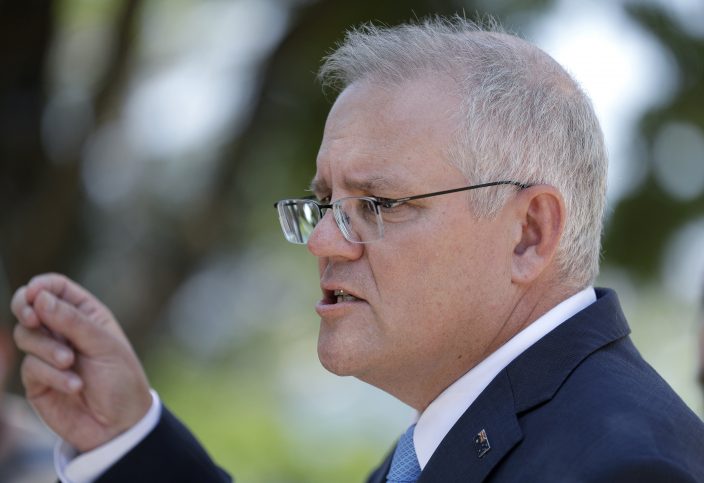 Australia's Prime Minister Scott Morrison speaks to the media in Sydney, Monday, March 1, 2021. Morrison stood by an unnamed Cabinet minister against calls for him to step down from office over an allegation that he raped a 16-year-old girl more than 30 years ago. (AP PhotoRick Rycroft)

Morrison said he forwarded the letter to police and discussed the allegation with the federal police commissioner. Morrison said he did not intend to take any further action.

“We can’t have a situation where the mere making of an allegation and that being publicized through the media is grounds for ... governments to stand people down simply on the basis of that,” Morrison told reporters.

The Ministerial Code of Conduct states a “minister should stand aside if that minister becomes the subject of an official investigation of alleged illegal or improper conduct.”

Some within the government argue that because the complainant is dead, her allegation was no longer under official police investigation because a conviction was unlikely.

Sen. Sarah Hanson-Young, a minor Greens party lawmaker who received the anonymous letter, said the minister must step down pending an independent investigation by a former judge.

“It is just not right to suggest that this type of allegation could linger, hang over the heads of the entire Cabinet,” she told Australian Broadcasting Corp.

“Sitting around that table erodes the trust, the integrity and belief that this government takes sexual assault seriously,” she added.

Marque Lawyers managing partner Michael Bradley, who represented the complainant when she took her accusation to police, said the allegation cannot be resolved through the criminal justice system because she had died. The minister should step down while some independent inquiry investigates the evidence, Bradley said.

“His position is pretty clearly untenable and he should step aside or be stood aside until this matter can be addressed and resolved,” Bradley said.

“I don’t personally see how he could continue to serve as a Cabinet minister with this hanging over his head,” Bradley added.

The disclosure comes two weeks after Morrison apologized in Parliament to a former government staffer who alleged she was raped by a more senior colleague in a minister’s office two years ago.

Brittany Higgins quit her job in January and reactivated her complaint to police after initially not pursuing the case because she felt it would have affected her employment.

The colleague, who has not been named publicly, was fired for breaching security by taking Higgins into a minister’s office following a night of heavy drinking.

Three other women have made sexual misconduct allegations against the same man since Higgins went public with her complaint. A government staffer who alleged he raped her last year told The Weekend Australian newspaper the attack wouldn’t have happened if the government had supported Higgins’ initial complaint.

Another woman alleged the man molested her ahead of the 2016 election, and another woman accused him of reaching under a table and touching her leg in 2017.

“I facilitated her referral to rape support services and confirmed she was being supported in reporting the matter to NSW Police,” Wong said in a statement.