Atlanta coach and USA Basketball men’s national team assistant coach Lloyd Pierce had a one-day coronavirus scare a few weeks ago and had to stay in his hotel room while the matter was sorted out.

The bad news: He missed practice.

The good news: He didn’t have to miss a USA Basketball staff call that head coach Gregg Popovich had scheduled for that day, because it would have conflicted with that practice. 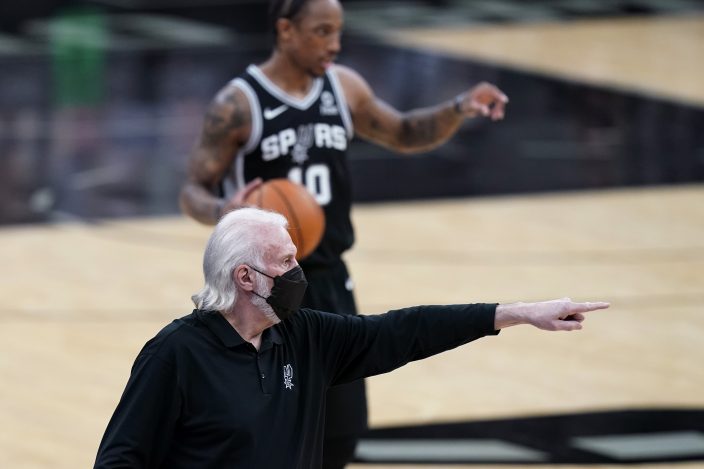 “This is how smart Pop is,” Pierce said.

If the rest of the plan comes together as well as that day did, USA Basketball will be very happy this summer. The start of the team’s training camp in Las Vegas is now about four months away — July 1 is a target date, though not absolutely finalized — meaning the decisions on who will play for the Americans at the rescheduled Tokyo Olympics are getting closer and closer.

The Americans are expected to have about 60 players in the pool of Olympic prospects for this summer, then will pare that down significantly before bringing a team to Las Vegas. Assuming schedules do not change, that camp would begin during the NBA conference finals and with four teams still playing — meaning it’s a safe bet that some players USA Basketball will want for Tokyo might otherwise be busy at that time. 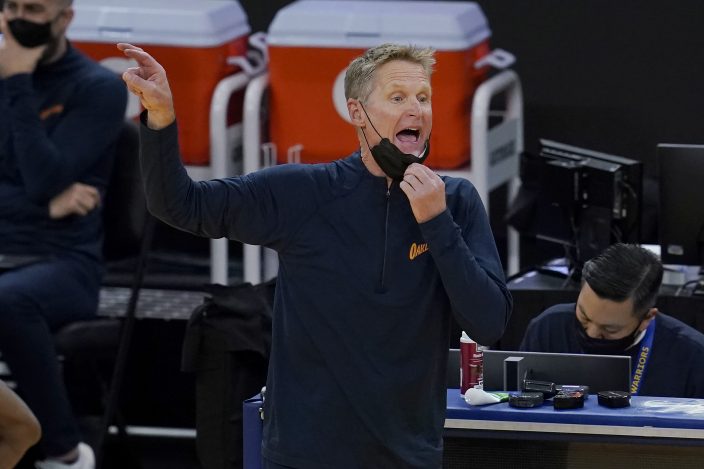 That’s why this Olympic selection process is going to have to be different than usual for the Americans, and multiple contingency plans must be mapped out.

Some of the questions that the USA Basketball coaches — Popovich’s staff also includes Golden State coach Steve Kerr and Villanova’s Jay Wright — and staff are currently mulling included these, as Pierce recalled Sunday in Miami before his Hawks faced the Heat:

“Who do you wait for? Who’s worth waiting for? How long do you wait? How do you manage your roster because we’re going to play four or five games in July in Vegas, kind of a mini-bubble of teams and just kind of keep everything there? And how do you manage a roster, knowing there may be some pretty important guys potentially that may still be playing. And then, what do you do in the event of some random emergency when you have to leave on the 19th for Tokyo?”

Most of the league’s biggest American stars — LeBron James, Stephen Curry, Damian Lillard, James Harden, Jimmy Butler, Kyle Lowry, Kyrie Irving and Kevin Durant among them — were part of the player pool last year and are expected to be part of the pool this summer.

Pierce, Kerr and Wright were all with Popovich as assistants when USA Basketball finished seventh at the Basketball World Cup in 2019. More than 50 players were part of the U.S. plan at one point or another for that tournament; of those, 12 went to China, two got cut after the first week of training camp and the other three dozen or so dropped out on their own.

“There’s only so much to discuss,” Kerr said. “We talked about roster possibilities and that sort of thing, and logistics. And the logistics are kind of up in the air, so we’ll just play it by ear -- and when the time comes, we’ll be ready to go to work.”

Pierce said the U.S. is trying to simultaneously be pre-emptive and proactive when it comes to figuring out how this summer might work in terms of personnel.

“We haven’t talked about style of play and things like that,” Pierce said. “I think there’s a lot of other factors that are really important right now leading into that.”

The U.S. men will open the Olympics against France — the team that beat them in the World Cup quarterfinals and ended their medal hopes in that event — on July 25. The U.S. men will also face Iran on July 28 and a still-to-be-determined team on July 31.

The U.S. men are seeking a fourth consecutive gold medal. The Tokyo Games are scheduled to open July 23, one day after the NBA says is the last possible date for this season’s NBA Finals.