Nepal has had a successful start of its COVID-19 vaccination campaign, but authorities are worried about future supplies as the country competes with dozens of other nations for much-sought vaccines produced by a handful of manufacturers.

The government is negotiating with India’s Serum Institute to obtain 5 million doses for the second stage of the campaign, in which 3.7 million elderly people are to be inoculated starting this weekend, Health Minister Hridayesh Tripathi said Monday. 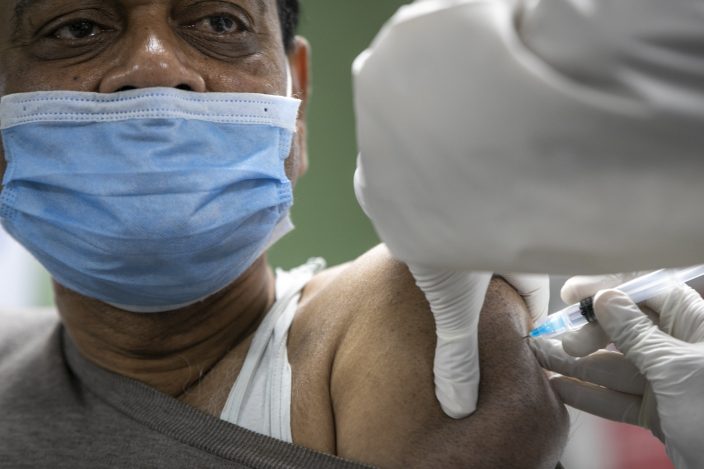 FILE- In this Jan. 27, 2021 file photo, a Nepalese doctor receives AstraZenecaOxford University vaccine, at Teaching Hospital in Kathmandu, Nepal. Nepal has had a successful start of its COVID-19 vaccination campaign, but authorities are worried about future supplies as the country competes with dozes of other nations for much-sought vaccines produced by a handful of manufacturers. (AP PhotoNiranjan Shrestha, File)

“There is huge worldwide demand for vaccines from a handful of companies and we could be at the very end of the list,” Tripathi said. “So far, we have been able to get vaccines with both political and administrative help from India. However, I am very worried now.”

He said he is hopeful that Indian authorities will again help their small northern neighbor.

“We will not be able to get the vaccine through simple commercial deals with the company because we are competing with dozens of other countries, so we need the influence of the (Indian) government,” he said. 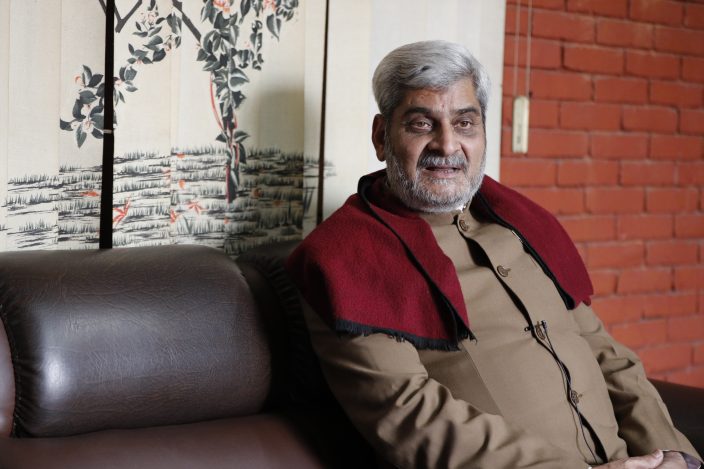 Nepal's health minister Hridayesh Tripathi speaks during an interview with the Associated Press in Kathmandu, Nepal, Monday, March 1, 2021. Nepal has had a successful start of the COVID-19 vaccine campaign, but the country's health minister is worried about future supply as the country competes with dozes of other countries for the much-sought vaccines produced by handful of manufacturers. (AP PhotoNiranjan Shrestha)

Nepal is also receiving a gift of 500,000 doses of a Chinese vaccine this month. Tripathi, however, said Nepal has not decided whether to purchase more of it.

“The AstraZenneca vaccine is the one preferred by the world and also approved and recommended by the World Health Organization,” he said.

Russia has also offered to provide 25 million doses of its Sputnik vaccine, but Nepal has asked for additional documents before it can start reviewing it, he said.

Nepal has also been promised 2.25 million vaccine doses under COVAX, the ambitious WHO program to buy and deliver coronavirus vaccines for the world’s poorest people, of which 300,000 doses are likely to arrive later this month.

Tripathi said the government is targeting the inoculation of the country’s entire adult population by September.

Health officials are worried that there could be a new wave of infections because of a series of political rallies by tens of thousand of demonstrators over Parliament's dissolution by President Khadga Prasad Oli last December and its restatement by the Supreme Court last month.