France head coach Fabien Galthie did not stay inside the team's bubble before a COVID-19 outbreak in the French squad that has led to the postponement of a Six Nations game, according to the French rugby federation president. 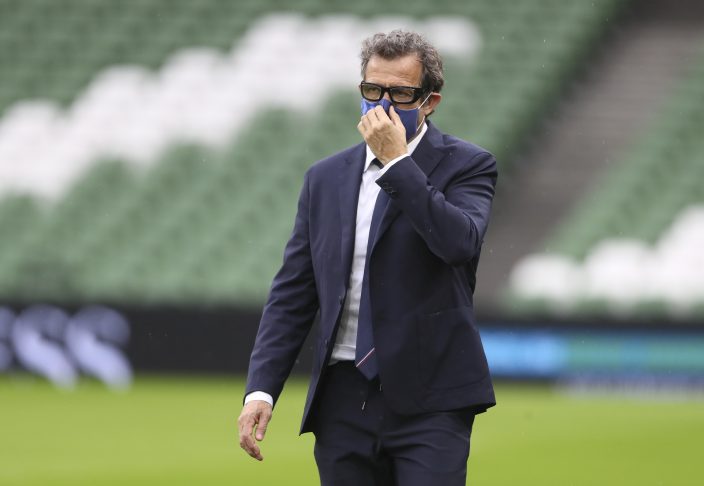 “I don't see where the problem could be. But then again, I'm not a doctor," Laporte said, insisting that he continues to have confidence in his coach.

Galthie was among the members of the French squad who tested positive for coronavirus. The outbreak prompted the postponement of France's match against Scotland last weekend. France had won its previous two matches.

Investigations have been launched into the outbreak by the federation and the government.

The initial accusations are focused on Galthie after the L’Equipe newspaper first reported that he breached health protocols that were tightened so the tournament itself could go ahead. L’Equipe said Galthie broke the rules before the win against Ireland and reported that some players went out to eat in Rome before routing Italy 50-10.

Laporte said the players who went out to eat waffles in Rome had been tested again upon their return.

France Sports Minister Roxane Maracineanu has ordered an internal investigation. The Six Nations was in jeopardy until her government gave its go-ahead to the tournament three weeks ago only after approving the French federation's stricter sanitary controls.

5 more France rugby players get coronavirus, total up to 10