Novak Djokovic is gaining on Roger Federer and Rafael Nadal in the Grand Slam standings, and he’s already caught Federer in another significant statistic: As of Monday, Djokovic has been No. 1 in the ATP rankings for a total of 310 weeks.

That equals Federer’s career record for most time spent atop the rankings. And no matter what happens over the next week, Djokovic is assured of breaking Federer’s mark on March 8.

Pete Sampras is third on the list, with 286 weeks.

Djokovic’s Australian Open championship last month gave the 33-year-old from Serbia 18 Grand Slam singles trophies. Only Federer and Nadal, each with 20, have more.

Getting to that milestone for No. 1 weeks is “going to be a relief for me, because I’m going to focus all my attention on Slams, mostly,” Djokovic said after beating Daniil Medvedev in the final at Melbourne Park. “When you are going for No. 1 rankings, you kind of have to be playing the entire season, and you have to be playing well; you have to play all the tournaments. My goals will adapt and will shift a little bit.”

There was no movement in the ATP’s Top 10 on Monday. 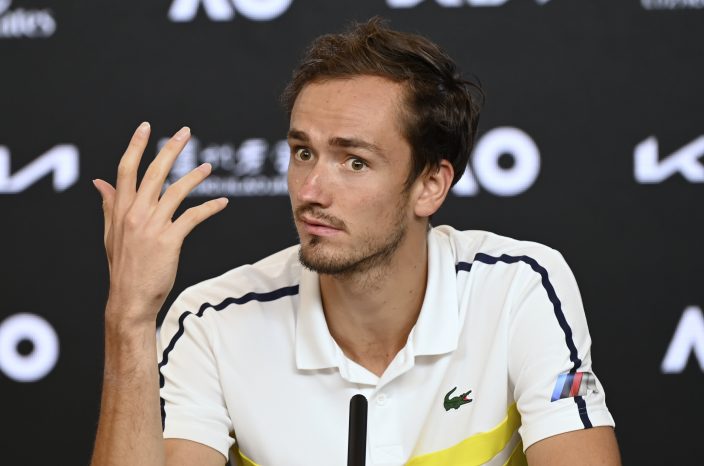 Russia's Daniil Medvedev gestures during a press conference after his loss in the men's singles final to Serbia's Novak Djokovic at the Australian Open tennis championship in Melbourne, Australia, Sunday, Feb. 21, 2021.(Vince CaligiuriTennis Australia via AP)

But if current No. 3 Medvedev reaches the final at the hard-court tournament in Rotterdam, Netherlands, that concludes Sunday, he would overtake Nadal and move up to a career-high No. 2.

That would make Medvedev the first man other than Federer, Nadal, Djokovic or Andy Murray to be first or second since International Tennis Hall of Fame electee Lleyton Hewitt was No. 2 behind Federer in July 2005.

Two big jumps this week came from tournament champions. Alexei Popyrin, a 21-year-old from Australia, rose 32 places to 82nd by winning the trophy in Singapore, and Juan Manuel Cerundolo, a 19-year-old from Argentina, went up 154 spots to 181st by collecting the Cordona Open title. It was Cerundolo’s debut in a tour-level event. 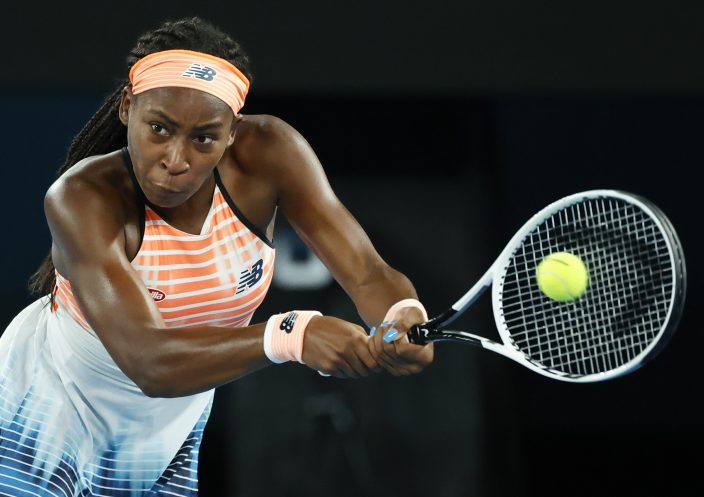 Reigning French Open champion Iga Swiatek added a second career tour-level title at the Adelaide International, which allowed her to move up three spots to a career-high No. 15 in the WTA rankings.

There were no changes above her. Ash Barty is still No. 1, followed by Australian Open champion Naomi Osaka, Simona Halep, Sofia Kenin and Elina Svitolina.

American teenager Coco Gauff, who turns 17 on March 13, rose from No. 52 to a career-best No. 38 by making it to the semifinals in Adelaide after going through qualifying.

With Shelby Rogers going from No. 53 to No. 49 by reaching the quarterfinals in Adelaide, she and Gauff give the United States 11 women in the Top 50 for the first time since 2003.