Manchester City looks to make it 21 straight wins in all competitions by beating Wolverhampton to move 15 points clear in the Premier League. Wolves has caused City issues recently, beating Pep Guardiola's side home and away last season, but does not have star striker Raul Jimenez this time round as he recovers from a fractured skull. “The history against them shows us how tough it is and we know it perfectly," Guardiola said. “We know exactly the type of game we have to play — to be so intense but, at the same time, calm." City is in the middle of a hectic period featuring games every three or four days so will rotate again, with Raheem Sterling, Joao Cancelo and Bernardo Silva among those likely to be recalled. Manchester United is City's nearest challenger, 12 points back, and plays Crystal Palace on Wednesday. 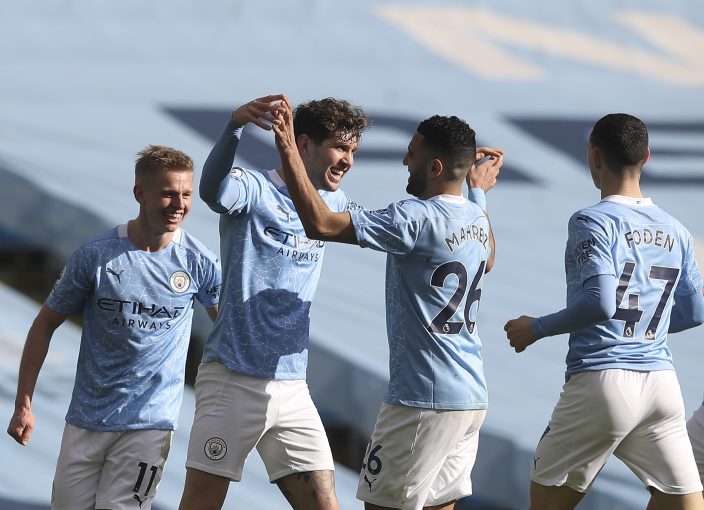 Borussia Mönchengladbach has lost all three games since the club announced that coach Marco Rose will be joining Borussia Dortmund next season. The teams meet in the German Cup quarterfinals on Tuesday, when Rose will hope to end the negative spiral against his future employers. Gladbach’s troubles started before Rose’s departure was made known. It hasn’t won its last five Bundesliga games. While Gladbach has been on a slump, Dortmund’s fortunes are looking up after three wins in a row including a 4-0 rout of Schalke in the derby and a 3-2 win at Sevilla in the Champions League. Coach Edin Terzić seems to be enjoying his role now the pressure has been taken off with Rose’s arrival at the end of the season. Both teams know the German Cup is a realistic chance of a trophy with reigning champion Bayern Munich already knocked out of the competition.

Injury-hit Juventus needs a win against lowly Spezia to boost its faltering title defense. The nine-time defending champion drew at Hellas Verona 1-1 last weekend to leave it 10 points behind Serie A leader Inter Milan, albeit having played a match less. Juventus will still be without Leonardo Bonucci, Giorgio Chiellini, Juan Cuadrado, Arthur and Paulo Dybala, who are all injured. Forward Álvaro Morata could recover enough for a place on the bench. Also, Lazio could move level with fourth-place Atalanta if it wins at home to relegation-threatened Torino.