Nikola Jokic dominated with 39 points and 14 rebounds, and the Denver Nuggets beat the Chicago Bulls 118-112 on Monday night.

The three-time All-Star scored 17 in the fourth quarter to help the Nuggets come away with the win after blowing a 15-point lead. 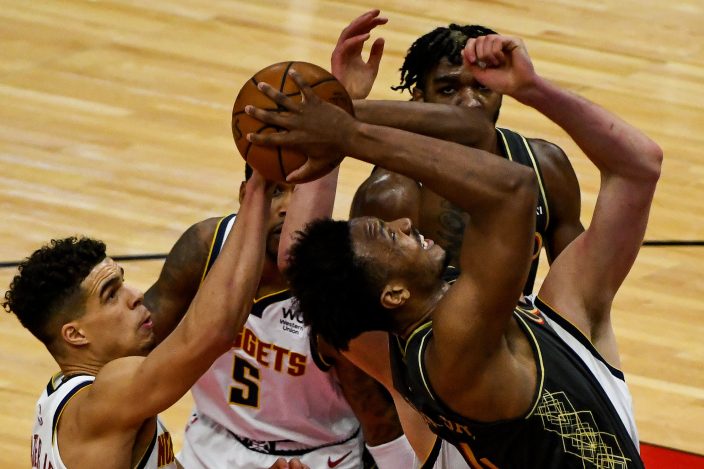 All-Star Zach LaVine led Chicago with 23 points and grabbed nine rebounds. Coby White added 20 points and 10 rebounds, but the Bulls lost their second straight after winning three in a row.

Chicago led 108-106 before Jokic put Denver back on top with a three-point play off a dunk with two minutes remaining. Murray then nailed a 3-pointer. 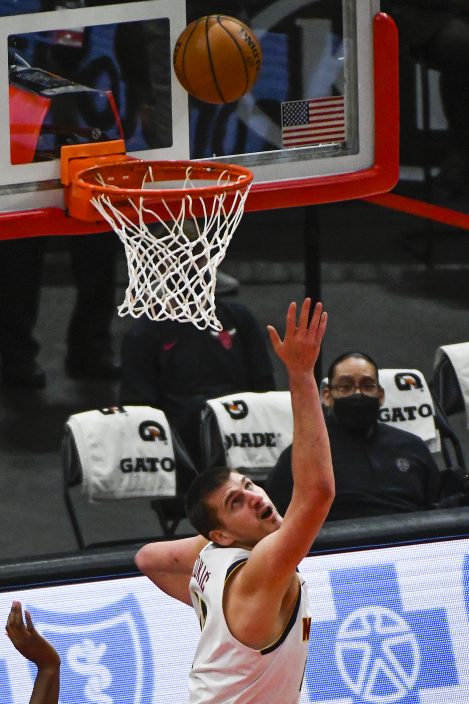 Denver Nuggets center Nikola Jokic shoots against the Chicago Bulls during the first half of an NBA basketball game Monday, March 1, 2021, in Chicago. (AP PhotoMatt Marton)

Thaddeus Young scored on a follow shot for the Bulls but Jokic hit a jumper to make it 114-110 in the closing minute.

LaVine hit two free throws to cut the lead to two with 16 seconds left. But Will Barton and Murray each made two, preserving the win for the Nuggets.

The Bulls trailed by as much as 15 in the first half and were down 10 late in the third when they made their move. They went on a 21-5 run that stretched into the fourth. 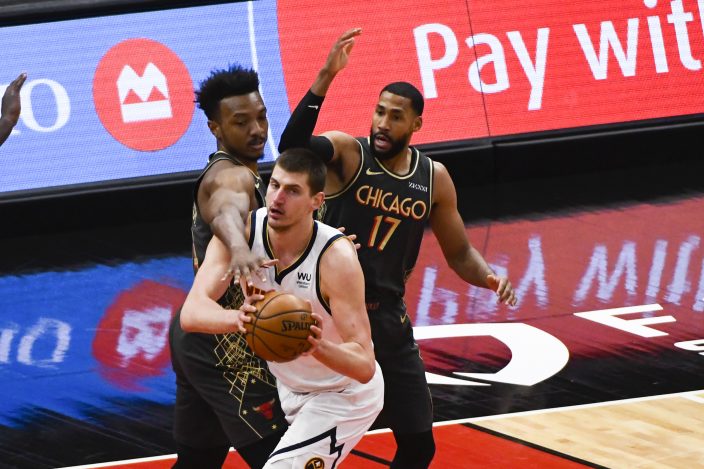 Young's driving hook and layup on the Bulls' first two possessions of the quarter put Chicago on top. White's pull-up jumper and Denzel Valentine's running layup made it 95-89 with just under 9 minutes left in the game. 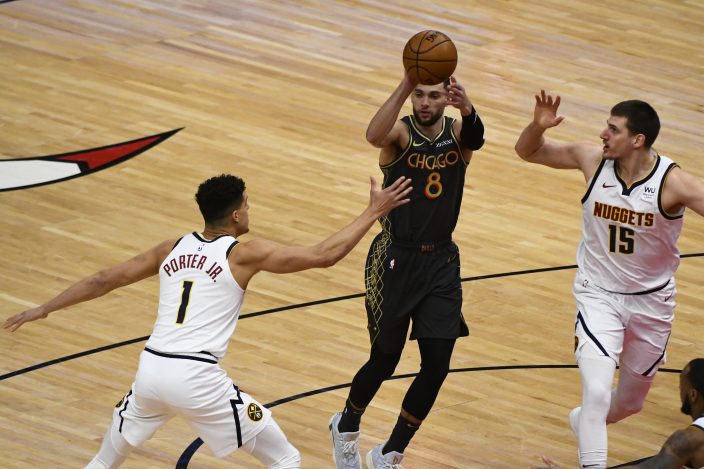 Bulls: Coach Billy Donovan said the Bulls found out about 10 a.m. Sunday that their game against Toronto in Tampa, Florida that night was called off because of the Raptors’ COVID-19 issues. The team landed in Chicago around 4:30 p.m.

Top basketball executive Arturas Karnisovas said he will “for sure” reach out to longtime Chicago center Joakim Noah about retiring as a member of the Bulls. 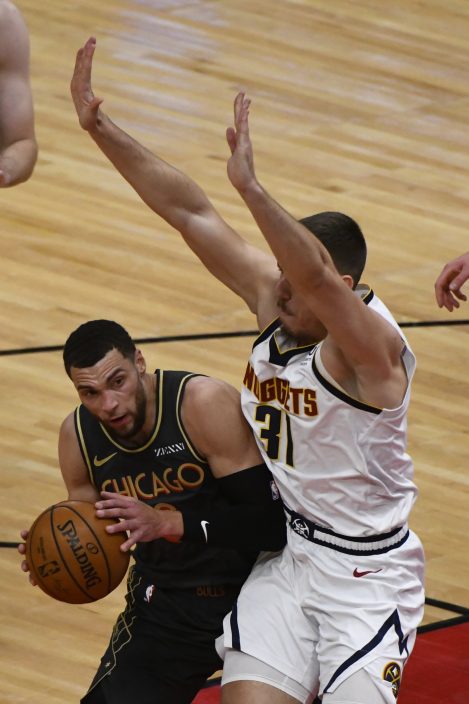 Noah played his first nine seasons with the Bulls after being drafted out of Florida with the No. 9 overall pick in 2007. He made two All-Star teams with Chicago and was the 2014 Defensive Player of the Year.

Noah has averaged 8.8 points and 9 rebounds over 13 seasons with Chicago, the New York Knicks, Memphis Grizzlies and Clippers. Los Angeles waived him prior to the start of the season. Noah also played on back-to-back NCAA championship teams at Florida under current Bulls coach Billy Donovan.

The Athletic, citing sources, reported Monday that Noah plans to retire as a member of the Bulls.

“It just came out that he retired,” said Karnisovas, Chicago's executive vice president of basketball operations. “We will get together and we will talk about it.”