Dakota Joshua scored in his NHL debut and Zach Sanford got two goals in the St. Louis Blues' 5-4 victory over the Anaheim Ducks on Monday night.

Jordan Kyrou and David Perron also scored for the Blues, who won for the second time in five games. Ville Husso made 29 saves for St. Louis in the same arena where he earned his first NHL victory on Jan. 31. 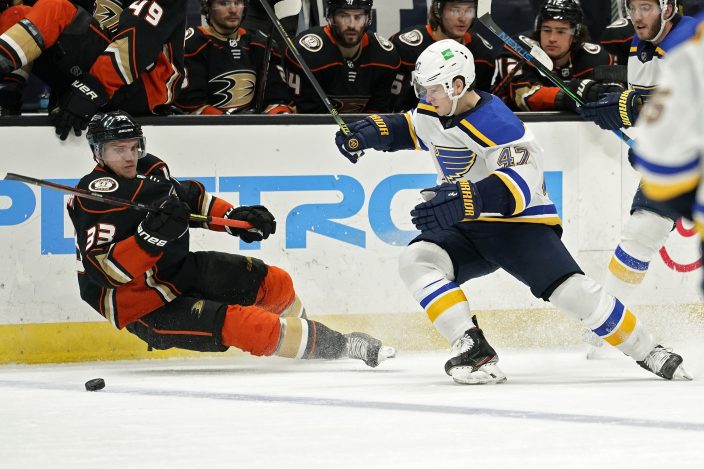 Lundeström completed his hat trick and trimmed St. Louis' lead to 4-3 with 4:44 to play on a deflection of Kevin Shattenkirk's shot. Anaheim then had a 6-on-4 advantage in the waning minutes, but Sanford scored an empty-net goal from deep in St. Louis' end to complete his three-point night.

Ducks captain Ryan Getzlaf scored with 60 seconds to play, but Anaheim couldn't get the equalizer.

Joshua became the 17th player to score in his Blues debut when his shot hit Gibson’s blocker, but arced over the Ducks goalie and into the net during the second period. 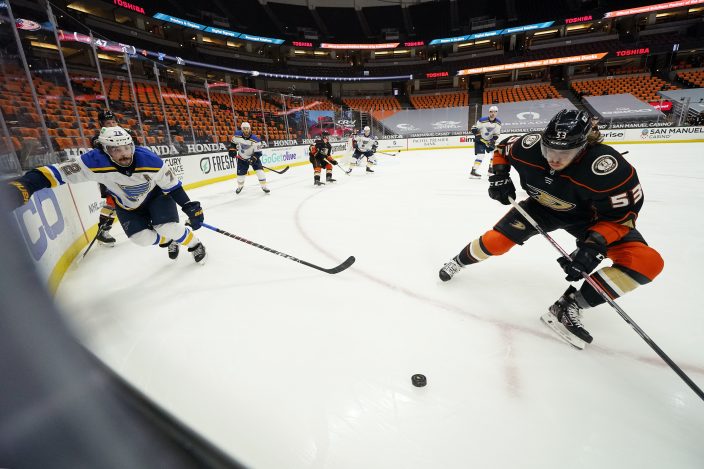 Joshua is a 24-year-old forward who was drafted by Toronto in 2014, but went to Ohio State. He was acquired by the Blues shortly after leaving college in 2019, and he got an unexpected callup from the AHL last weekend when Jacob De La Rose joined St. Louis' lengthy injured list alongside Jaden Schwartz, Vladimir Tarasenko and others.

Lundeström, Anaheim's promising 21-year-old forward, put the Ducks ahead early in the first period with his third goal of the season on a clean shot off the rush. He scored on a wraparound early in the third period for his first career two-goal game.

Perron, who had 20 points in 28 games as a midseason rental for the Ducks in 2016, put the Blues ahead early in the second with his seventh goal of the season. 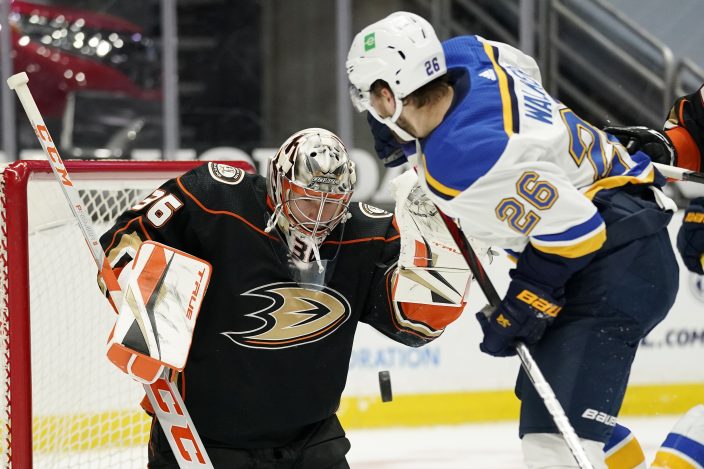 St. Louis has won its three games at Honda Center this season by a combined 15-6.