Erik Karlsson scored for the first time this season during a four-goal third period that helped the San Jose Sharks roll past the Colorado Avalanche 6-2 on Monday night.

Rudolfs Balcers broke a tie early in the third, John Leonard scored on a breakaway and Evander Kane added an empty-netter as the Sharks pulled away to beat the Avalanche for the first time in three tries this season. Timo Meier assisted on the first three goals in the third. 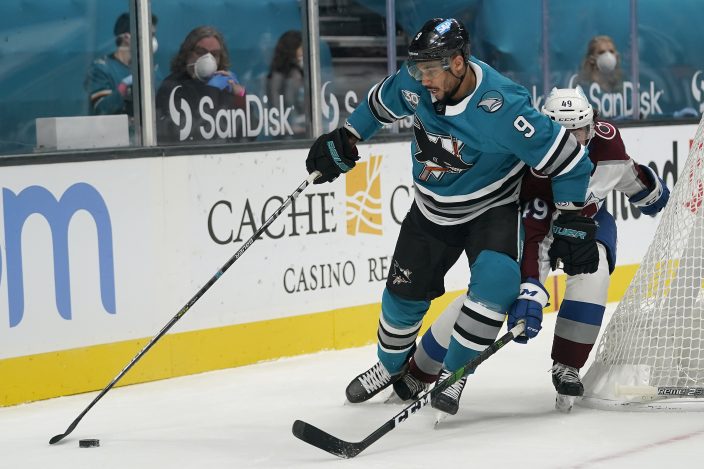 Samuel Girard and Gabriel Landeskog scored for the Avalanche. Philipp Grubauer made 21 saves.

The Sharks took their first lead with a strong push early in the third and never looked pack. Balcers got the puck in the offensive zone and sent a centering pass to a driving Meier. The puck bounced off Nazem Kadri’s stick before it could get to Meier and slipped past Grubauer for the tiebreaking goal.

San Jose made that lead stand up and got a needed win on this seven-game homestand. The Sharks had allowed 13 goals in the first two games of their longest homestand of the season in losses to Minnesota and St. Louis. They blew four separate one-goal leads in the 7-6 loss to the Blues on Saturday night but were able to extend this one when Karlsson scored his first goal a few minutes later on the power play to make it 4-2. 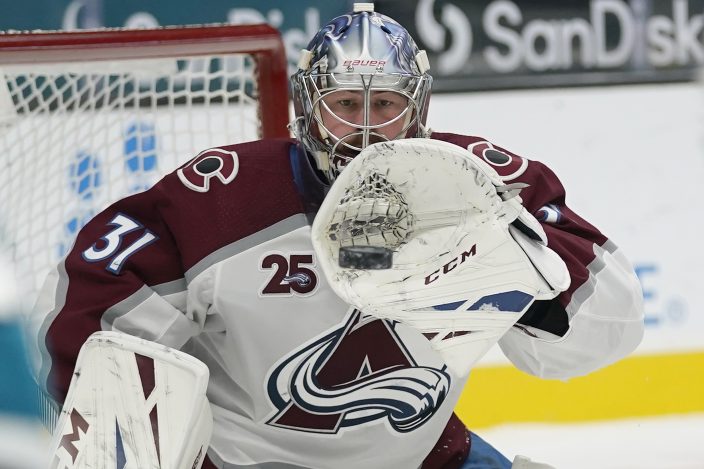 Leonard added his goal on a breakaway midway through the third to put the game away.

Landeskog’s goal on the power play in the second period on a play started by Nathan MacKinnon was the 203rd of his career. That moved him past Peter Forsberg for third in Avalanche history. Landeskog has a ways to go to get to second place, which is held by Milan Hejduk (375 goals). Joe Sakic has the most with 391. 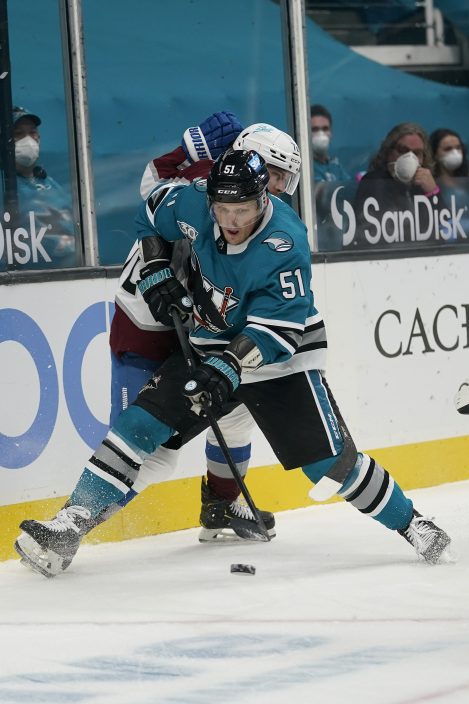 The second period has doomed the Sharks so often this season — they entered the game getting outscored by 15 goals in the middle frame. But after falling behind 2-0 on Landeskog’s goal, San Jose finished strong with two goals.

Simek converted the first off a pass from Marc-Edouard Vlasic to become the first Sharks defenseman other than Brent Burns with a goal this season. Labanc tied it late in the period off a chance created by Kane, marking just the fifth time this season the Sharks had the edge in the second period. 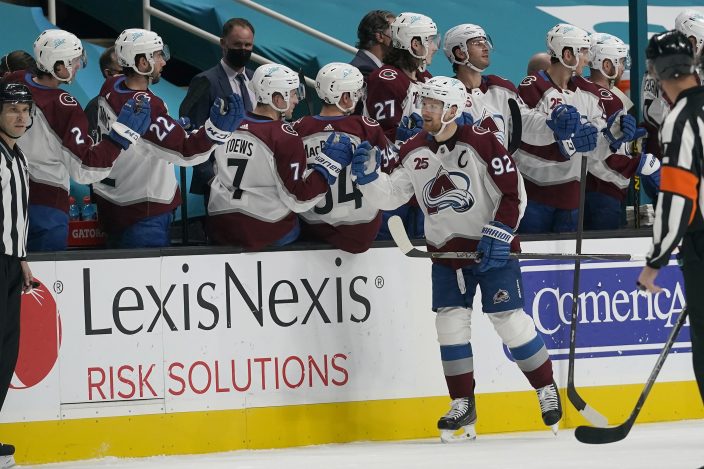 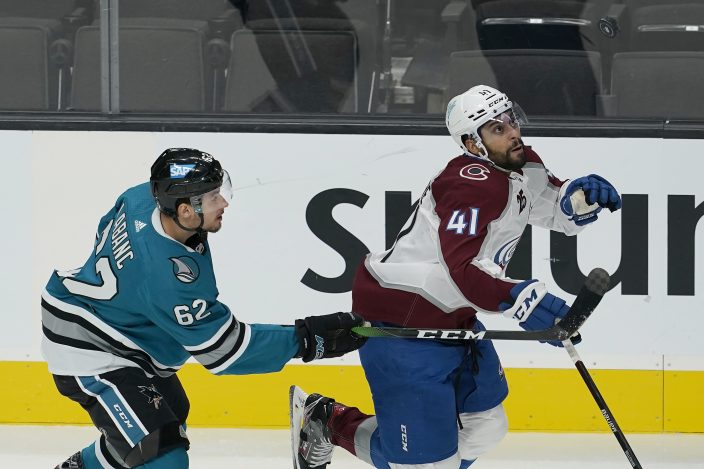 The teams meet for the fourth time this season on Wednesday night in San Jose.