The NBA should be worried about this weekend, and that has nothing to do with holding an All-Star Game during the ongoing coronavirus pandemic.

It’s about when players won’t be in Atlanta.

If everyone plays by the rules at the All-Star Game, the system the NBA has come up with there for health and safety during the pandemic — strict testing for players and their guests, only flying private, staying in closed-off hotels, holding no outside events — should and probably will work. That won’t be the issue. 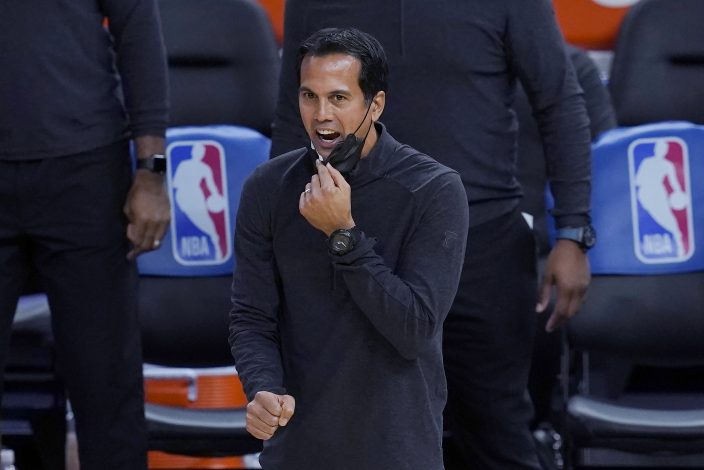 “We know how to operate a bubble,” NBA Commissioner Adam Silver said.

The bigger issue is what’s going to happen outside of that All-Star bubble, and the 450 or so players who won’t be going to Atlanta during their time off.

Brace for positive COVID-19 tests. Maybe a lot of them.

Players, for the first time since teams began revving up for training camps in November, are going to be free to do pretty much whatever they want, provided they have no plans to travel internationally. Dozens are expected to come to Miami for a few days of sun and fun; given the climate in the rest of the country, it’s doubtful they’ll even notice that a cold front is forecast to come through South Florida and knock high temperatures all the way down to the mid-70s this weekend. Others are planning to go to Las Vegas, or hop on yachts, or go back to their offseason homes.

All players and coaches except any who may already be vaccinated — Gregg Popovich is in a very exclusive club there — still must test daily during the break, and that will be a challenge. Players who stay at home or travel to another NBA city will have to go to that team’s facility or another site set up in those cities for testing each day. Players within a 45-minute drive of testing sites will have to make that commute each day as well. Otherwise, players and coaches will be given at-home self-collection test kits by the teams and must find ways to overnight them to labs.

He’s right, though the rules that teams have operated under this season — while not necessarily fun — have seemed to minimize risk.

Players are being tested twice a day. There are limits on where they can go when at home; clubs, gyms, restaurants, shared rides and things of that nature are either flatly banned or seriously frowned upon. On the road, their time outside the hotels is extremely limited, with the obvious exceptions for games and workouts.

“I think it goes without saying that there’s been enough things that have happened so far in this first half of the season to have caused everybody to be on ultra-alert and continue to be even more vigilant on all the protocols,” Miami coach Erik Spoelstra said.

The last time players were tested without being under some semblance of league or team rules was the week before camps opened last fall, and 48 players were positive for COVID-19 at that time. That’s roughly the same number that have tested positive in the three-plus months since.

The league was prepared for a lot of positives going into camp, and a rise in positive tests after things like Christmas and New Year’s gatherings. Sure enough, that’s the way it worked out. But even with some positive tests, most of the season has been played so far as scheduled, even though only three teams have gone without having at least one game called off for virus-related reasons.

The system can work.

This weekend, it’ll be up to the players to ensure it does.

Analysis: Triple-doubles no longer a rarity in the NBA

Analysis: Even the NBA trade deadline has a different feel

Analysis: A few days off are just what LeBron James needs

Analysis: The NBA's East has a standings logjam to deal with