CHINA-VACCINE-DIPLOMACY — China’s vaccine diplomacy campaign has been a surprising success: It has pledged roughly half a billion doses of its vaccines to more than 45 countries, according to a country-by-country tally by The Associated Press. By Huizhong Wu and Kristen Gelineau. SENT: 2,250 words, photos, video. An abridged version of words 1,010 words is also available. With VIRUS-OUTBREAK-THE-LATEST. 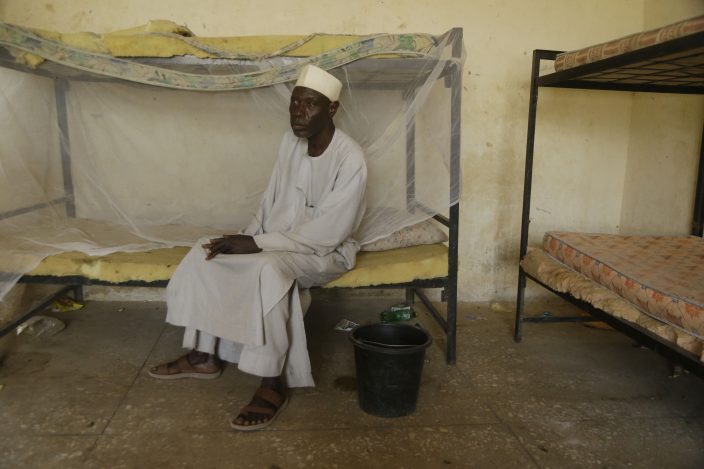 Yunusa Muhammad, father of Amina Yunusa, a missing schoolgirl, sits on her bed inside her hostel as he waits for news of more than 300 girls who were abducted by gunmen on Friday from the Government Girls Secondary School, in Jangebe town, Zamfara state, northern Nigeria Monday, March. 1, 2021. Families in Nigeria waited anxiously on Monday for news of their abducted daughters, the latest in a series of mass kidnappings of school students in the West African nation. (AP PhotoSunday Alamba)

VIRUS OUTBREAK-HEALTH ATTACKS — A new report by the Geneva-based Insecurity Insight and the University of California, Berkeley’s Human Rights Center has identified more than 1,100 threats or acts of violence against health care workers and facilities last year. The report says about 400 of those attacks were linked to the coronavirus, underscoring the dangers surrounding health care workers at a time when they are needed most. By Helen Wieffering and Joshua Housing. SENT: 1,120 words, photos, video.

CAPITOL BREACH-FBI — FBI Director Chris Wray is set to testify for the first time since the deadly Jan. 6 deadly riot at the U.S. Capitol. Lawmakers are likely to press him on whether the bureau adequately communicated with other law enforcement agencies about the potential for violence that day. By Eric Tucker. SENT: 350 words, photo. UPCOMING: 700 words after 10 a.m. hearing. 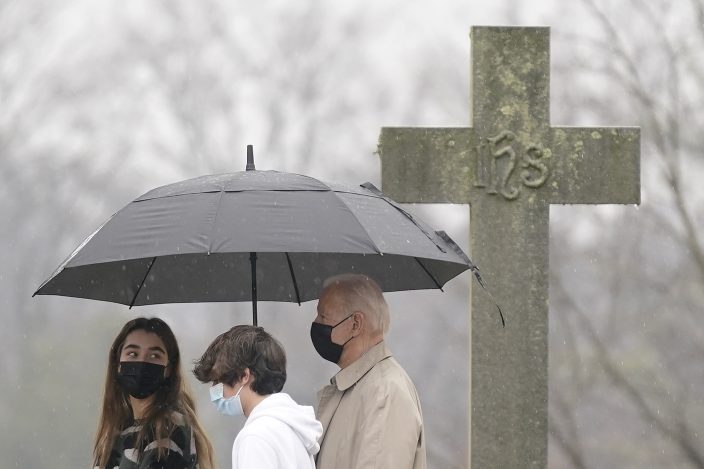 CUOMO-SEXUAL-HARASSMENT-APOLOGY — Gov. Andrew Cuomo’s response to accusations that he sexually harassed women on the job is being viewed as a tone-deaf “faux-pology” by critics and victim’s advocates. By Maryclaire Dale. SENT: 780 words, photos, videos. With MEDIA-CNN-CUOMO — CNN’s Chris Cuomo says he “obviously” can’t cover brother; CUOMO-SEXUAL-HARASSMENT-GLANCE. Also see CUOMO-DEMOCRATS below.

VIRUS-OUTBREAK-ASIAN-AMERICANS-RACISM — Asian Americans have faced a dangerous climate since the coronavirus entered the U.S. a year ago. Instances of verbal harassment and physical assaults have occurred from coast to coast. Now, just over a year and thousands of incidents later, some of the earliest victims find moving forward has been difficult or, at best, bittersweet. By Terry Tang. SENT: 1,220 words, photos, video. 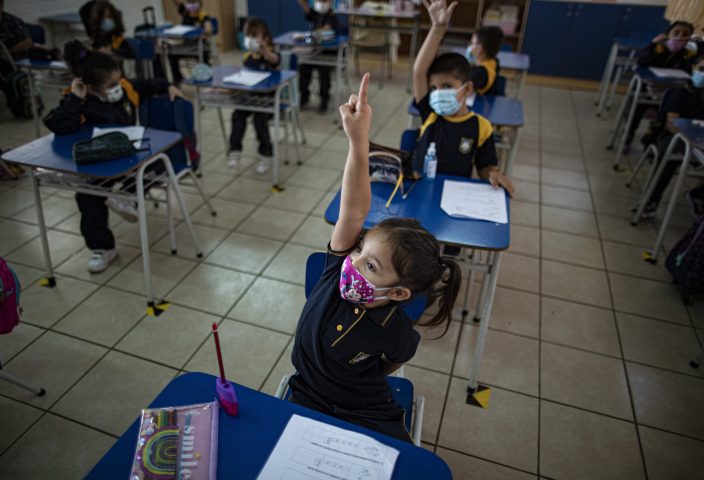 Students attend their first day back to in-person class amid the COVID-19 pandemic in Santiago, Chile, Monday, March 1, 2021. The country is returning public school students to in-person classes with gradual and voluntary attendance. (AP PhotoEsteban Felix) 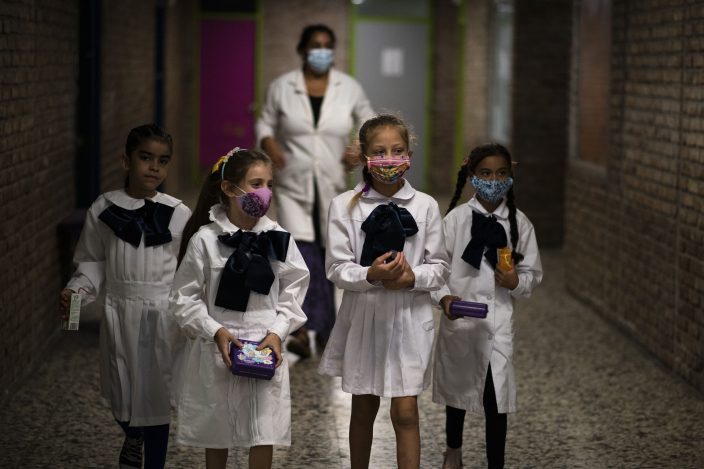 Students leave the classroom for a break on their first day back to in-person class amid the COVID-19 pandemic at a public school in Montevideo, Uruguay, Monday, March 1, 2021. Uruguay is returning most of its students to in-person classes after the summer holidays. (AP PhotoMatilde Campodonico) 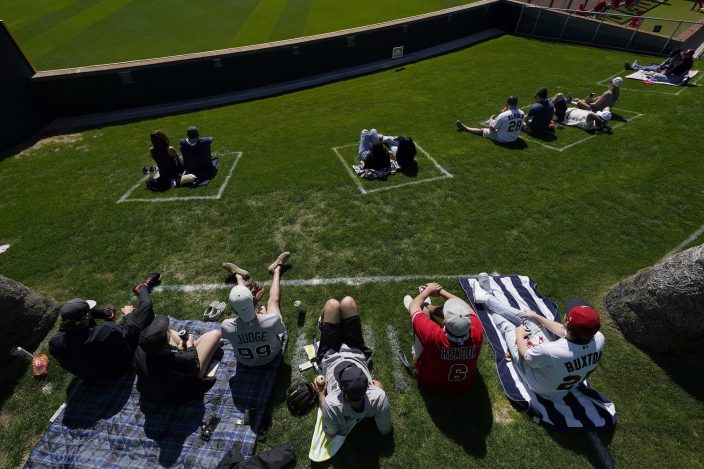 Fans sit in their COVID-19 socially-distanced pods at the Goodyear Ballpark during the fourth inning of a spring training baseball game between the Cleveland Indians and the Cincinnati Reds, Sunday, Feb. 28, 2021, in Goodyear, Ariz. (AP PhotoRoss D. Franklin)

CUOMO-DEMOCRATS — Cuomo is struggling through a sexual harassment scandal that’s testing the limits of his party’s support as Democrats grapple with their first political crisis of the post-Trump era. By National Political Writer Steve Peoples. SENT: 990 words, photos. 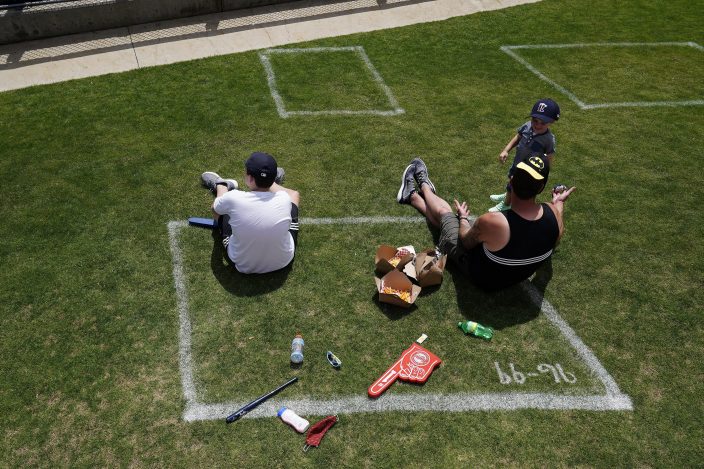 NASHVILLE-TRAGEDIES-ONE-YEAR-LATER — It has been nearly a year since dual tragedies descended on Nashville, Tennessee: a deadly tornado that killed people in their sleep and the coronavirus pandemic. SENT: 620 words, photos.

BOY-SCOUTS-BANKRUPTCY — The Boy Scouts of America submitted a bankruptcy reorganization plan that envisions continued operations of its local troops and national adventure camps but leaves many unanswered questions about how it will resolve tens of thousands of sexual abuse claims by former Boy Scouts. SENT: 1,040 words, photos. 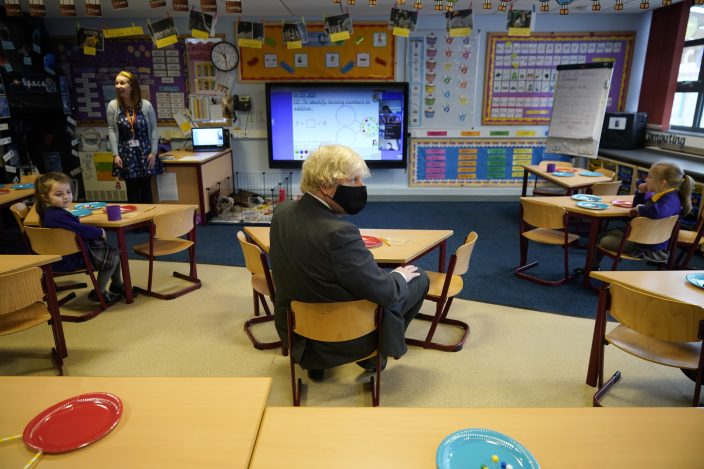 Britain's Prime Minister Boris Johnson joins a Year 2 maths lesson during a visit to St Mary's Primary School at Stoke-on-Trent, England, Monday March 1, 2021. The children of key workers are at school already, but schools will fully reopen starting March 8, after months of closure due to concerns about COVID-19. (Christopher Furlongpool via AP)

MYANMAR — Demonstrators in Myanmar took to the streets again to protest last month’s seizure of power by the military, as foreign ministers from Southeast Asian countries prepared to meet to discuss the political crisis. SENT: 680 words, photos, video.

HONG-KONG-CHINA-POLITICS — A court hearing for 47 democracy activists charged under Hong Kong’s national security law resumes, following a marathon session that was adjourned well past midnight after one defendant appeared to collapse and was taken away in an ambulance. SENT: 590 words, photos. 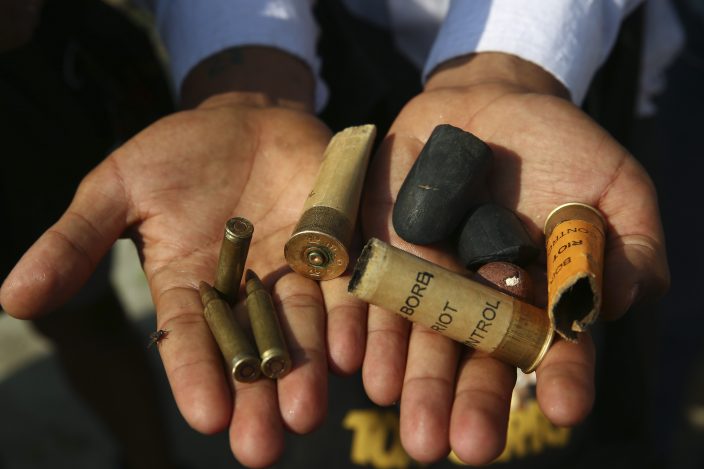 A protester show bullets, shotgun shells and rubber bullets used by security forces during a demonstration against the military coup in Mandalay, Myanmar, Friday, Feb. 26, 2021. In the month since Feb. 1 coup, the mass protests occurring each day are a sharp reminder of the long and bloody struggle for democracy in a country where the military ruled directly for more than five decades. (AP Photo)

CAMBODIA-POLITICS — A Cambodian court has convicted and sentenced the exiled leader and eight senior members of the country’s banned opposition party to more than 20 years in prison, effectively barring them from ever returning home. SENT: 420 words, photos.

VOLVO-ALL-ELECTRIC-2030 — Volvo says it will make only electric vehicles by 2030, but you’ll have to buy it online. By Business Writer Matt Ott. SENT: 320 words.

AROUND THE NBA — The NBA should be worried about this weekend, and that has nothing to do with holding an All-Star Game during the ongoing coronavirus pandemic. By Basketball Writer Tim Reynolds. SENT: 710 words, photos.