More farcical scenes in Serie A are expected on Tuesday if Lazio walks out onto the Stadio Olimpico pitch even though its Torino opponents are remaining in Turin.

A coronavirus outbreak forced Torino players and staff into self-isolation that doesn't end until midnight Tuesday, hours after the scheduled kickoff against Lazio in Rome.

But Serie A’s governing body has yet to postpone the Lazio-Torino match. 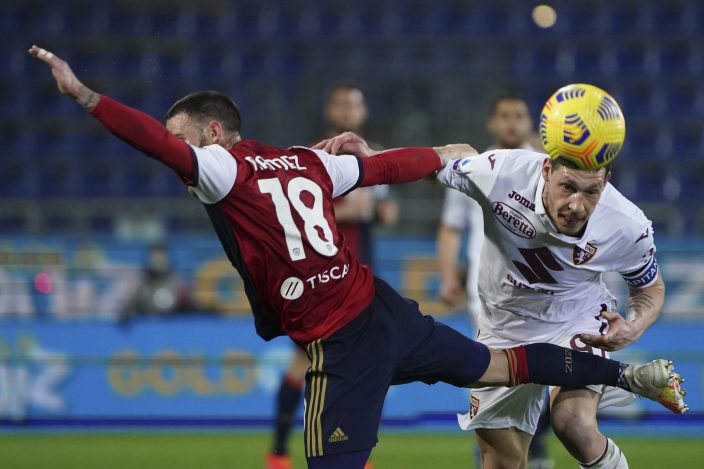 Torino's match against Sassuolo last Friday was postponed until March 17, and that decision was announced the day before the match.

That means there could be a repeat on Tuesday of the farcical scenes around the Juventus-Napoli match when the Biaconeri followed their regular matchday routine and went out onto the field despite knowing their opponent had not left Naples.

Napoli was handed a 3-0 loss by the Italian league and docked one point but eventually had that overturned on appeal by the Italian Olympic Committee — after several failed attempts in other courts — and the match will be rescheduled. 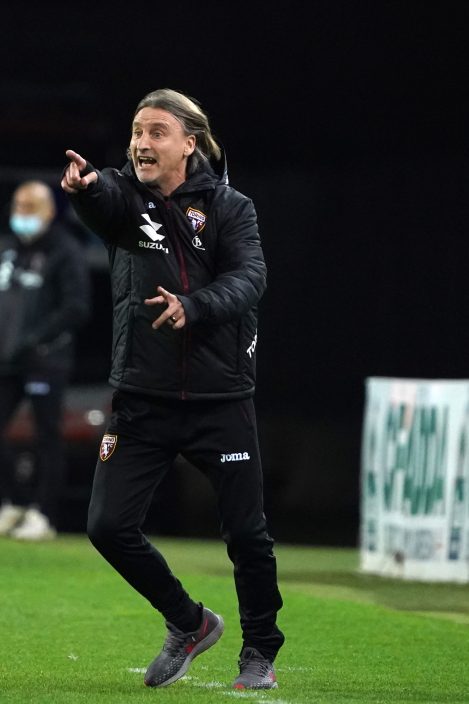 Torino manager Davide Nicola reacts on the sideline during a Serie A soccer match between Cagliari and Torino, in Cagliari’s Sardegna Arena stadium, Italy, Friday, Feb. 19, 2021. (Alessandro ToccoLaPresse via AP)