Eager for a fresh start with a new team, J.A. Happ needed to slow down before throwing a single pitch for the Minnesota Twins.

The left-hander tested positive for COVID-19 upon reporting to spring training, putting his practice schedule on hold.

Happ cleared virus protocols on Tuesday and took part in team workouts for the first time at camp in Fort Myers, Florida. The rest of the Twins played an exhibition game against Atlanta in North Port. 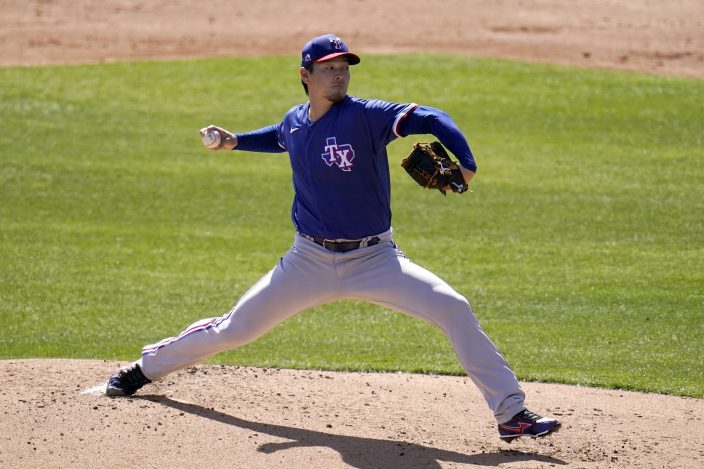 The 38-year-old Happ, who left the New York Yankees and signed in January with the Twins for $8 million this season, acknowledged feeling anxious about making up for the lost time and “pressing a little bit” in his bullpen session.

Happ said his senses of smell and taste have not yet returned, but beyond that he feels fine physically.

“It is strange. I make a protein smoothie every day, and I just remember one day waking up and I made that, and I just thought, ‘Did I make the wrong ingredients in here? It just doesn’t taste anywhere close,’” Happ said. 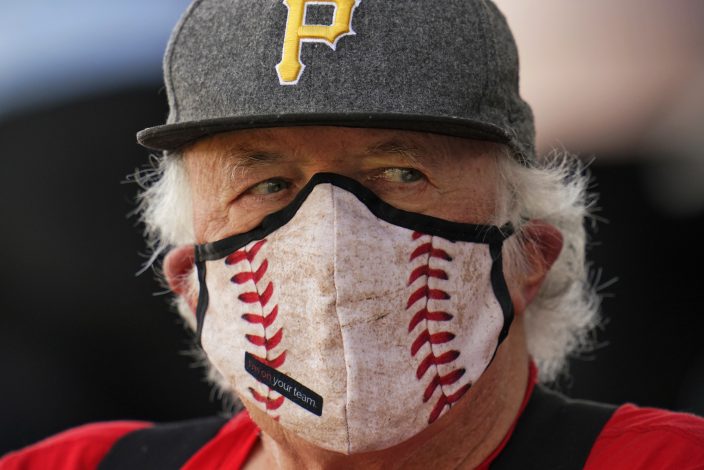 Robert Hahn of Palmetto, Fla., watches a spring training exhibition baseball game between the Pittsburgh Pirates and the Detroit Tigers at LECOM Park in Bradenton, Fla., Tuesday, March 2, 2021. A limited number of fans were permitted to attend the game. (AP PhotoGene J. Puskar

“And then I realized two minutes later that’s sort of a symptom that you get with this. That was over a week ago now. But I think it is coming back. I feel like I’m getting slight bits here and there, so hopefully that continues,” he said.

The two-time AL Central champion Twins are hoping Happ can give them a veteran presence at the back of their rotation. A 20-game winner with Toronto in 2016 and an All-Star in 2018 while pitching for the Blue Jays and Yankees, Happ went 2-2 with a 3.47 ERA in nine starts last year.

FROM AROUND THE GRAPEFRUIT AND CACTUS LEAGUES: 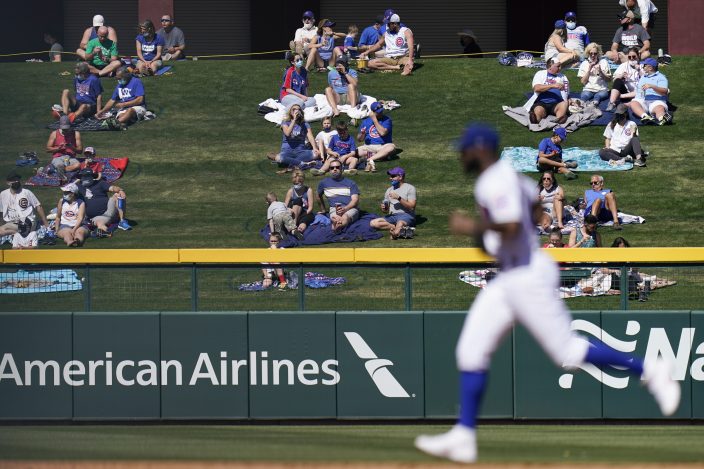 Fernando Tatis Jr. hit a grand slam, punctuating the long drive with a little bat flip. The 22-year-old shortstop, fresh off his $340 million, 14-year contract, rekindled memories of last season’s Slam Diego when the Padres became the first team in MLB history to hit a slam in four straight games. 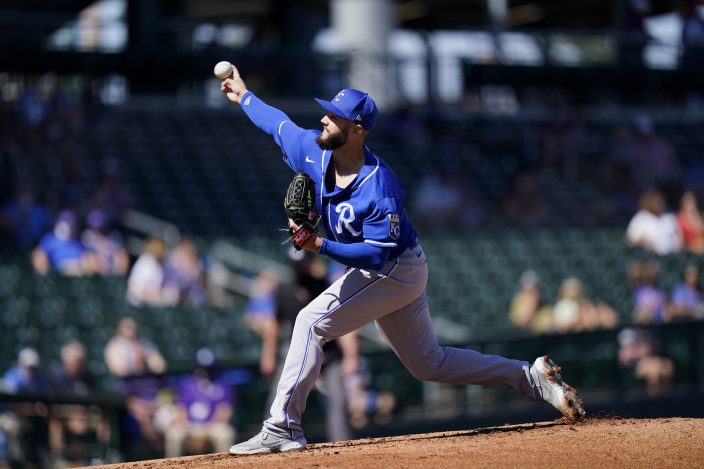 Max Kepler and Byron Buxton each singled for Minnesota.

Adam Wainwright, back for his 16th season with St. Louis at age 39, looked as sharp as ever, pitching two perfect innings and striking out one. Nolan Arenado and Paul Goldschmidt each got one of the Cardinals’ four singles.

Marcus Stroman, who opted out of playing last season because of coronavirus concerns, pitched two perfect innings for the Mets. He struck out two and threw 30 pitches.

New York newcomer James McCann made his spring debut behind the plate and threw out a runner trying to steal. Jeff McNeil hit a solo home run in his first at-bat and Albert Almora Jr. also connected. Jordan Yamamoto, acquired from Miami to compete for a starting job, threw two innings.

Houston piggy-backed a pair of starters with Framber Valdez yielding McNeil's homer in the first two innings, striking out two. Cristian Javier, who finished third in the AL Rookie of the Year voting last season, followed with two shutout innings, allowing two hits and a walk while striking out two.

Trey Mancini had a sacrifice fly in his second game since missing last season recovering from surgery for colon cancer. Cedric Mullins tripled and singled for Baltimore, scoring a run from the leadoff spot and driving in one.

Steven Matz allowed a hit in two scoreless innings, striking out three without a walk. Toronto got him from the Mets for three pitching prospects in the offseason. Lourdes Gurriel Jr. hit a solo homer for the Blue Jays.

J.D. Martinez, who vowed to bounce back from a 2020 season that saw him bat just .213 in 54 games, singled twice in three trips and scored a run for Boston.

Newcomer Michael Wacha made his first start for Tampa Bay, walked one in a scoreless inning.

Arihara, signed from Japan and slotted as the Rangers’ fourth starter, surrendered three runs on five hits and a walk. Both of his innings were shortened because of pitch counts.

Josh Naylor drove in three runs with a pair of doubles for Cleveland. Andres Gimenez, who came over from the Mets in the trade from Francisco Lindor, has yet to be retired this spring — he went 2 for 2 for the second straight game, including his first home run.

Yusei Kikuchi, bidding for a rotation spot, got the start for Seattle. He allowed one run, striking out three in two innings. Taylor Trammell doubled in a run.

Christian Yelich doubled in his first action for Milwaukee. Travis Shaw had an RBI single.

Ramon Laureano tripled for Oakland and his replacement, Buddy Reed, homered for the second time this spring.

Rain forced the postponement of th ...