Health experts in China say their country is lagging in its coronavirus vaccination rollout because it has the disease largely under control, but plans to inoculate 40% of its population by June.

Zhong Nanshan, the leader of a group of experts attached to the National Health Commission, said the country has delivered 52.52 million doses of COVID-19 vaccines as of Feb. 28. He was speaking Monday at an online forum between U.S and Chinese medical experts hosted by the Brookings Institution and Tsinghua University.

The target is the first China has offered publicly since it began its mass immunization campaign for key groups in mid-December. 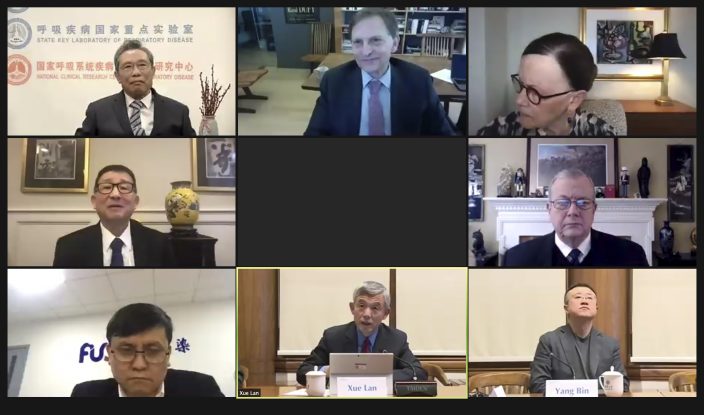 Chinese health experts say the country has enough vaccine supply for its population, although the country has pledged to provide close to half a billion doses abroad, roughly 10 times the number it has delivered at home.

“The current vaccination pace is very low due to outbreak control (being) so good in China, but I think the capacity is enough,” said Zhang Wenhong, an infectious diseases expert based in Shanghai who also spoke on the panel.

Developers of China’s four currently approved vaccines have said they could manufacture up to 2.6 billion doses by the end of this year. Still, vaccinating China’s massive population will be a daunting task.

Even at the rate of vaccinating 10 million people a day, it would take roughly seven months to vaccinate 70% of its population, Zhang noted.

The experts all acknowledged the complex task of vaccinating the world's population, pointing to the slowness in the global rollout of vaccines.

“Demand will outstrip supply for many months, and unless there is more manufacturing, … for years,” said Tom Frieden, the former director of the U.S. Centers for Disease Control and Prevention.

They also cautioned against expecting a quick return to normal.

The head of China’s Center for Disease Control, Gao Fu, predicted that life could return to an “approximate normal” in summer next year.

Gao, along with Zhong and other Chinese health experts, urged more U.S.-China cooperation. Gao specifically called on the U.S. and China to cooperate on COVAX, an initiative to distribute vaccines more fairly across the developing world.

“Let’s work together,” he said.