Joonas Korpisalo made 19 saves, Columbus scored three second-period goals, and the Blue Jackets won their first game played in front of home fans in more than a year, beating the Detroit Red Wings 4-1 on Tuesday night.

Cam Atkinson had a short-handed goal and an assist, and Riley Nash, Jack Roslovic and Boone Jenner also scored for the Blue Jackets, who snapped a five-game losing streak with their most complete game in weeks.

The state of Ohio loosened COVID-19 restrictions to allow 1,953 fans — about 10% of capacity — in Nationwide Arena, the first time the Blue Jackets have played a home game with spectators since March 1, 2020. 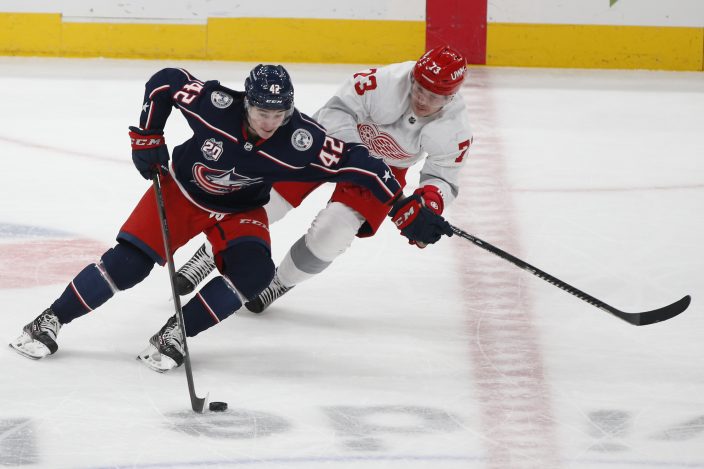 Anthony Mantha got his sixth goal of the season and Jonathan Bernier stopped 23 shots for the Red Wings before being relieved in the third period by Thomas Greiss, who had nine saves and allowed no goals the rest of the way.

Detroit has lost two in a row and three of the last five.

Atkinson got a short-handed goal at 7:44 of the first period after the Blue Jackets were penalized for having too many men on the ice. He took the puck all the way from the Detroit zone and rifled a slap shot in off the post for his fourth goal this season against the man advantage. 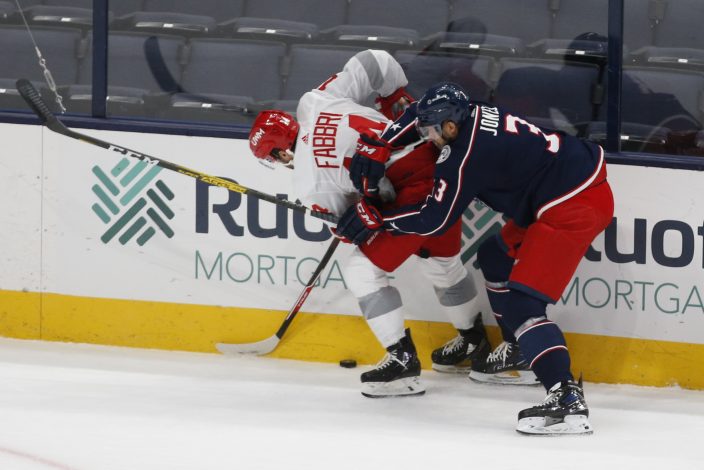 Mantha tied the game with a power-play goal late in the first, beating Korpisalo with a wrist shot from the slot. But that would be it for the Red Wings.

Columbus grabbed the lead back in the second when Nash snapped a shot past Bernier's glove. Roslovic got another on the power play, deflecting a Zach Weresnki long shot, and Jenner put the Blue Jackets up 4-1 with a wrist shot from the right circle late in the second.

Columbus outshot Detroit 36-20 and had a 60-38 advantage in shot attempts. 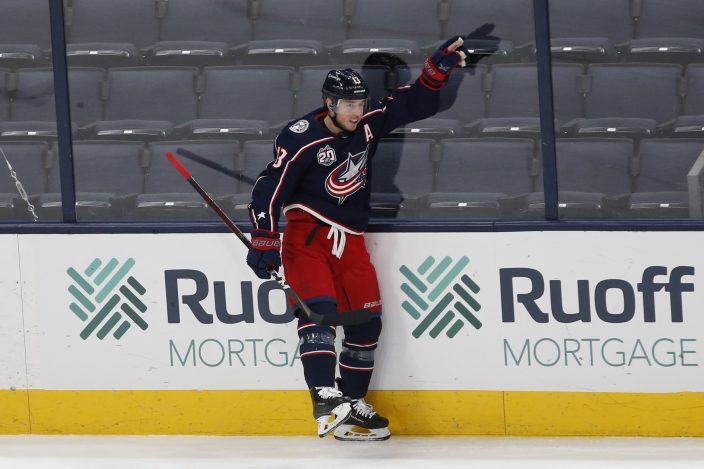 Red Wings: Plays at Carolina on Thursday before going home for six games. 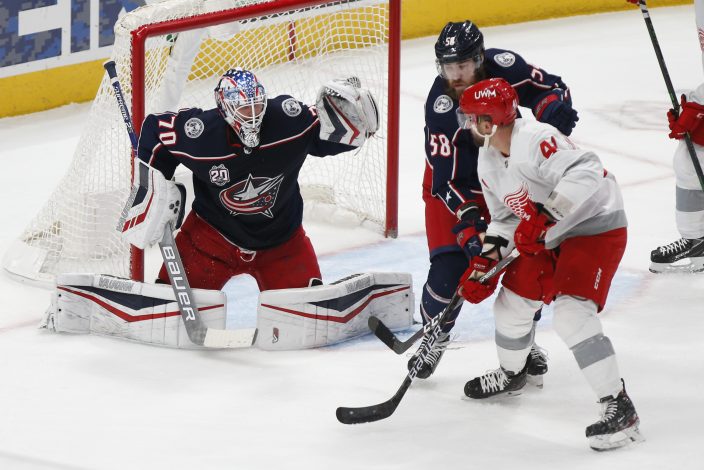 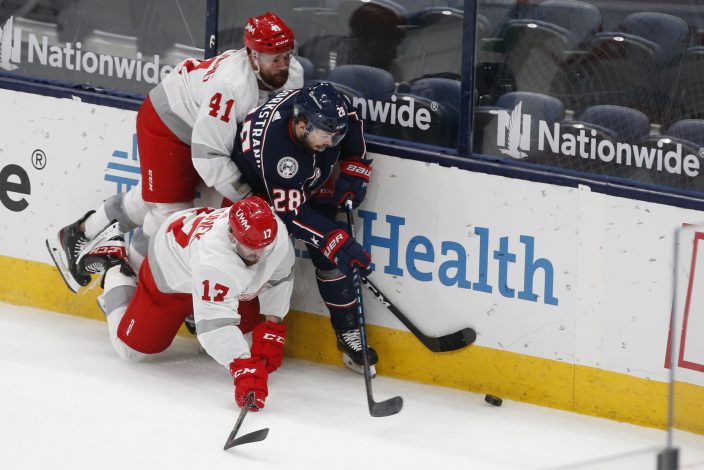