Pavel Buchnevich had a goal and an assist, Igor Shesterkin stopped 22 shots and the New York Rangers beat the Buffalo Sabres 3-2 Tuesday night.

Chris Kreider and Alexis Lafreniere also scored for the Rangers, and Adam Fox had two assists. New York won for the fourth time in six games.

Shesterkin made eight saves in the first period, nine in the second and five in the third to beat the Sabres for the second time and improve to 5-7-1 on the season. 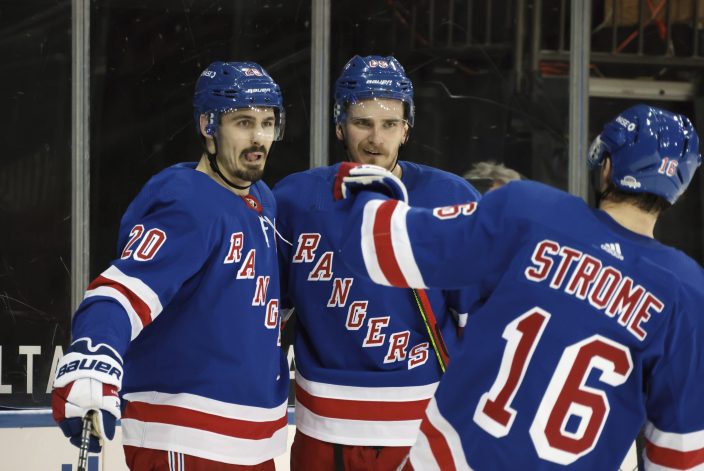 Neither team had a lot of chances in the third period. The Rangers managed just three shots on goal over the first 10 minutes, while the Sabres had two.

Buffalo pulled Hutton for an extra skater with about 1:40 remaining, but couldn't get the tying goal. 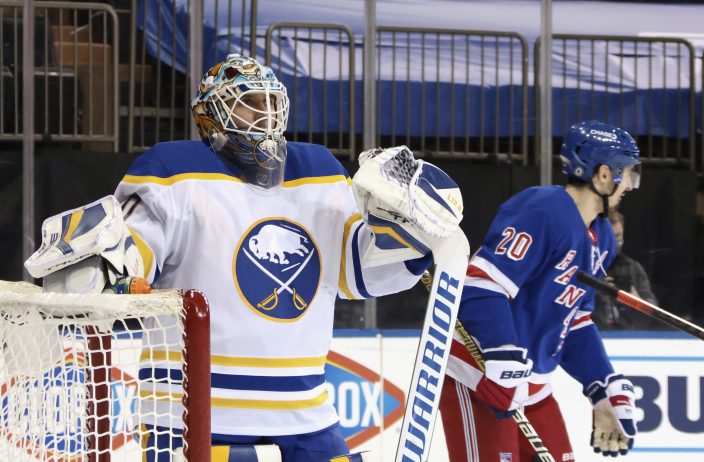 Kreider made it 3-1 at 9:32 of the second as he brought the puck along the left side and, with defenseman Brandon Montour on him, fired a shot from above the left circle that beat Hutton up high for his 10th goal.

Rieder pulled the Sabres back within one as his shot from inside the blue line went through traffic and past Shesterkin with 3:39 left in the middle period for this fourth. It was his first goal since Jan. 30 against New Jersey.

Buchnevich got the Rangers on the scoreboard 28 seconds into the game. He took a long pass from Mika Zibanejad, skated in while fighting off a defender and beat Hutton. It was Buchnevich's sixth of the season and third in the last seven games. 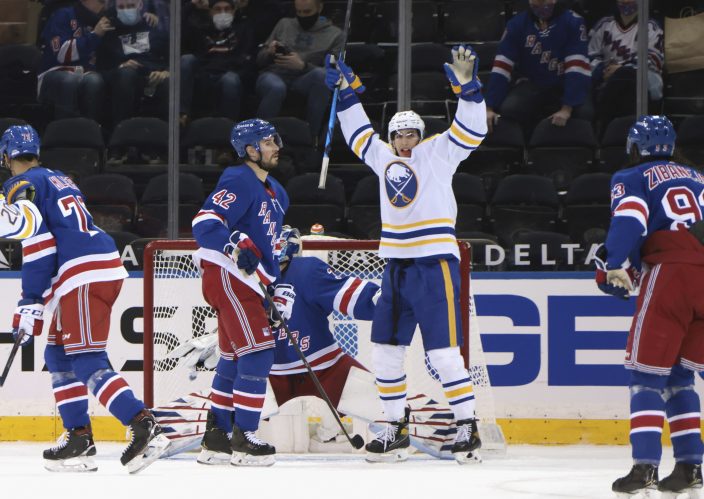 Reinhart tied it for the Sabres only 27 seconds later. Victor Olofsson chased down the puck on the right side and sent a pass across to Reinhart, who quickly put it past Shesterkin for his eighth.

The Rangers went back ahead at 2:36. After Zibanejad forced a turnover near the right corner, Buchnevich got the puck, skated across to the left side and sent a shot at the net. The puck hit off Lafreniere's right leg and in for the rookie's third goal. 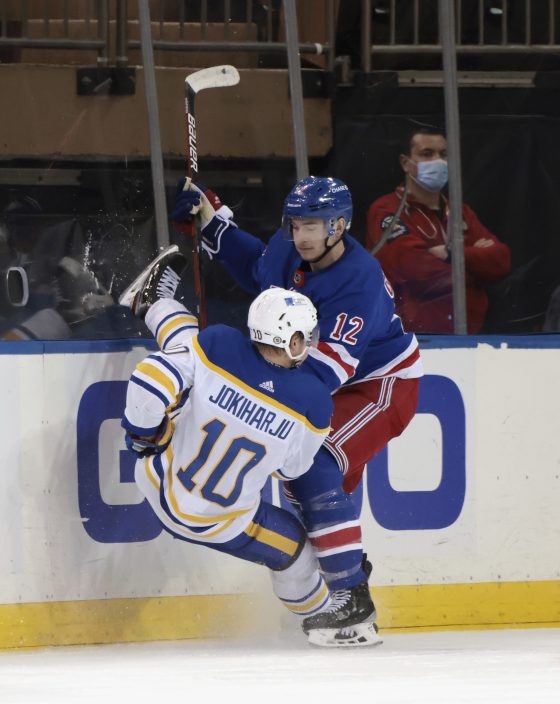 Reinhart got his fifth goal in seven games and has nine points in the last 10.

GETTING ON THE SCOREBOARD 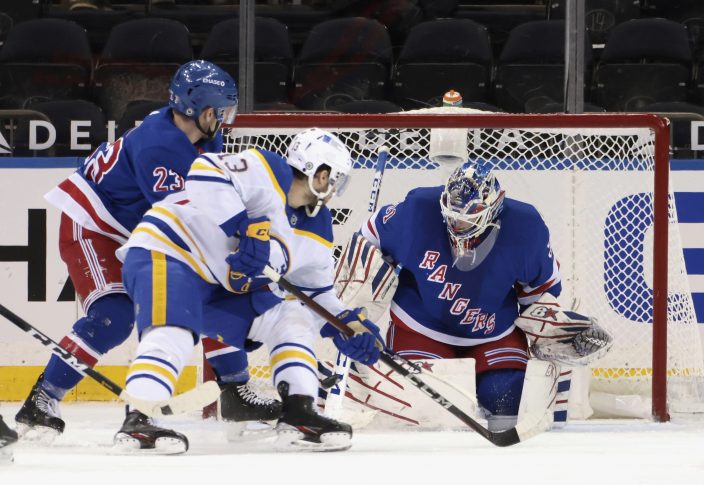 Reinhart's goal was Buffalo's first since he got the tying score in the third period of a 4-3 overtime loss against New Jersey last Thursday. The Sabres were coming off consecutive 3-0 losses against Philadelphia last weekend.

New York defenseman Brendan Smith appeared in his 200th game with the Rangers, and is nine away from reaching 500 for his career.

The Rangers play 13 of their next 17 games on the road over a 31-day stretch. After that, they don't leave the New York area from April 6 to May 5 with nine of 15 at home and road games against the Islanders (four) and New Jersey (two).

Sabres: At the New York Islanders on Thursday night to open a three-game series.

Rangers: At New Jersey on Thursday night to begin a six-game trip with two-game series against Devils, Penguins and Bruins.

Review: An odd surrogate friendship in ‘Together Togeth ...