Kemba Walker had 25 points and six assists, and the Boston Celtics took advantage of a late scratch of All-Star Kawhi Leonard and held off the Los Angeles Clippers 117-112 on Tuesday night.

Jaylen Brown finished with 18 points. Jayson Tatum and Payton Pritchard each added 14 as the Celtics posted three straight victories for the first time since January.

The Clippers, who have lost five of eight, played without Leonard after he was ruled out shortly before the game due to back spasms. 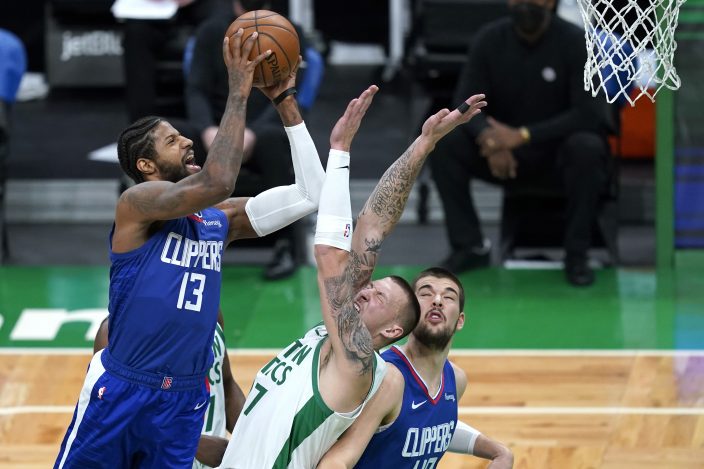 Leonard was listed as a starter before the game, but never took the floor during warmups. The team announced late in the first quarter that he had been ruled out.

He has missed seven previous games this season, including two for a mouth laceration, two while in the health and safety protocols and three for a bruised leg.

Leonard’s absence comes with Los Angeles on the tail end of a five-game road trip, which concludes Thursday at Washington. He was coming off a game in which he played 37 minutes in the Clippers’ loss at Milwaukee on Sunday. 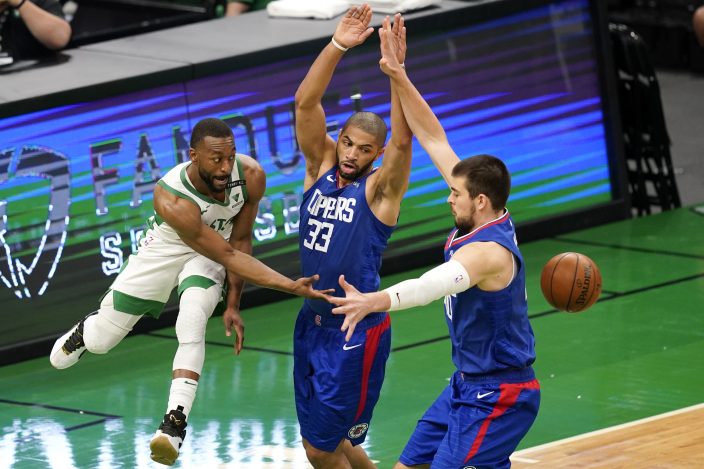 That was still the score when the Clippers got the ball back with 26 seconds left after Tatum was called for an offensive foul for pushing off on George.

George got the ensuing inbounds pass but missed a 3 off the back of the rim. Robert Williams was fouled and connected on one of his two free throws.

George hit a 3 on the Clippers' next trip to cut it to 114-112. Daniel Theis was fouled, but calmly sank two free throws to help seal it. 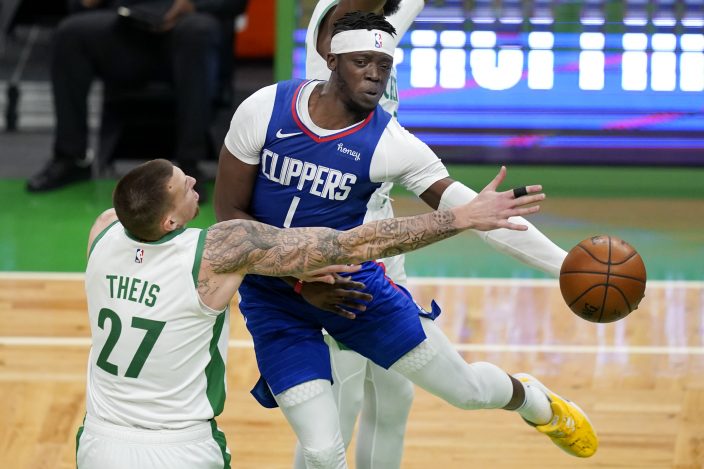 The Celtics took advantage of not having to contend with Leonard on the defensive end and started the game 9 of 10 from the field to take an early 20-13 lead.

But George picked up the offensive slack for the Clippers, scoring 21 points in the opening 24 minutes to put Los Angeles in front 63-62 at the half. 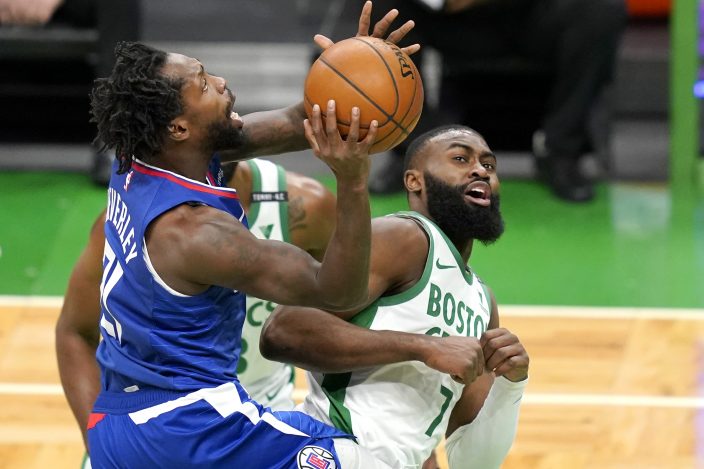 Clippers: Lou Williams made a 3-pointer with 1 second left in the third quarter. … Marcus Morris walked off the floor under his own power but did not return after taking an inadvertent elbow from Brown to the head with 46 seconds left in the first half.

Celtics: Outscored the Clippers 42-32 in the paint. 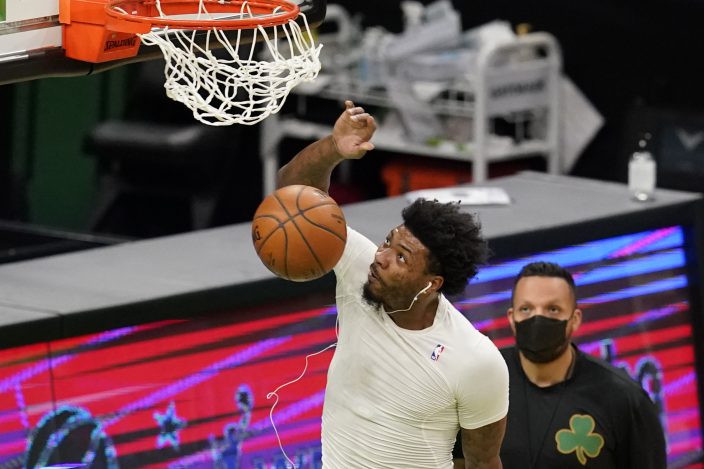 Boston Celtics' Marcus Smart dunks as he warms up before an NBA basketball game against the LA Clippers, Tuesday, March 2, 2021, in Boston. Smart has been out of action for over a month with a torn left calf muscle. While there is no exact date for Smart's anticipated return, it should be some time just after the upcoming All-Star break, according to team officials. (AP PhotoElise Amendola)

Celtics coach Brad Stevens said Marcus Smart, who missed his 17th consecutive game with a left calf tear, is getting closer to a return. Smart worked out before the game, doing some shooting and footwork drills. With three practices planned between their first two games following the All-Star break, Stevens said it will give them a better idea of when he’ll be ready. 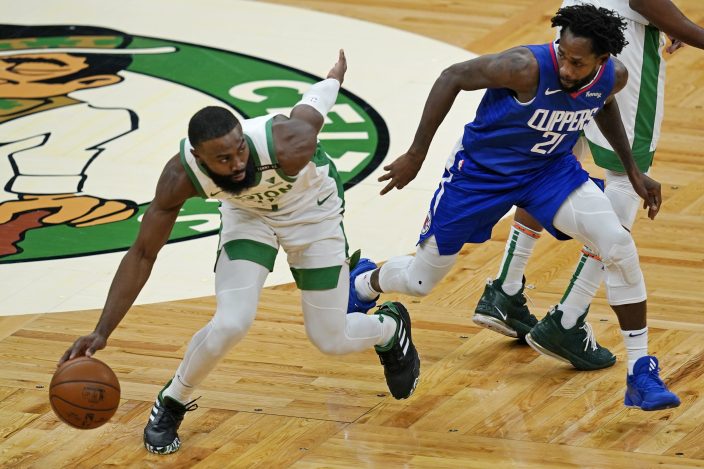 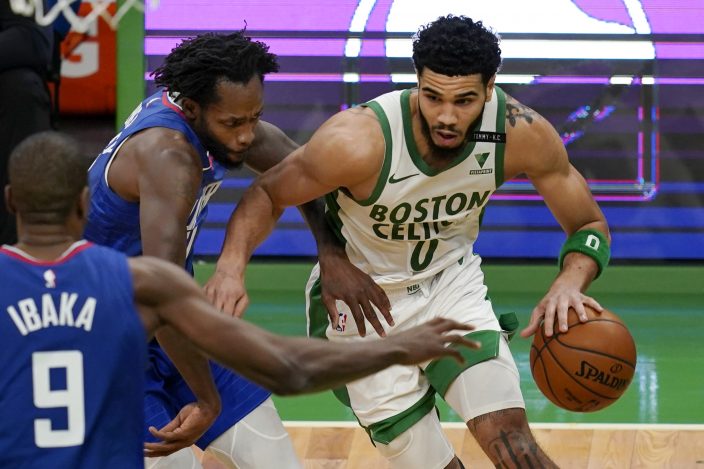