Sebastian Aho scored twice to lead the Carolina Hurricanes to a 4-2 victory over the Nashville Predators on Tuesday night.

Calle Jarnkrok and Mattias Ekholm had the goals for Nashville, which won its previous two games. 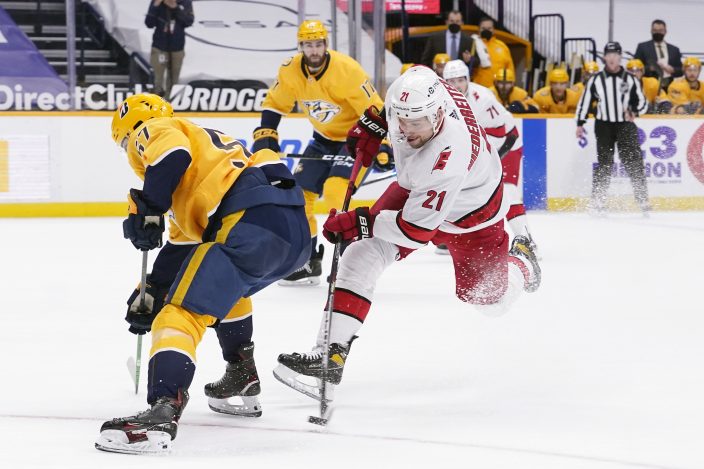 Aho scored first at 12:36 of the opening period.

With the teams skating 4-on-4, Martin Necas intercepted a clearing attempt by captain Roman Josi along the left boards and sent a pass to Aho in front, where he beat goalie Juuse Saros high to the glove side with a one-timer.

Trocheck made it 2-0 at 16:13 on the power play, scoring just six seconds after Dante Fabbro was penalized for shooting the puck over the glass. 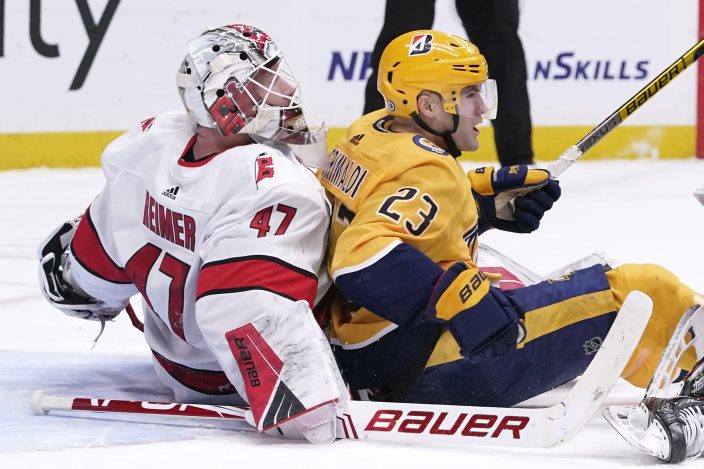 Jordan Staal won a faceoff back to Dougie Hamilton. His wrist shot from the right side was deflected past Saros by Trocheck, who was standing just outside the crease.

Trocheck has a goal in three straight games.

Pekka Rinne replaced Saros, dinged on an early collision, to start the second period. Saros stopped eight of the 10 shots he faced. Rinne finished with 16 saves. 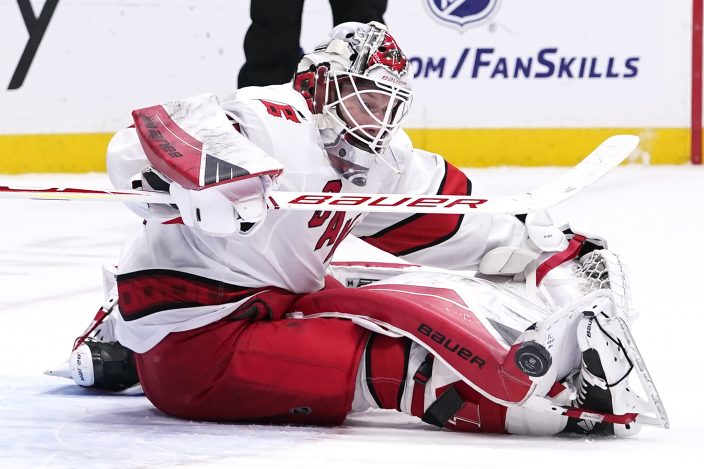 Lorentz scored his first NHL goal at 4:48 of the second.

A bouncing puck found Lorentz in the low slot, where he quickly corralled it and lifted a wrist shot high to Rinne’s glove side. 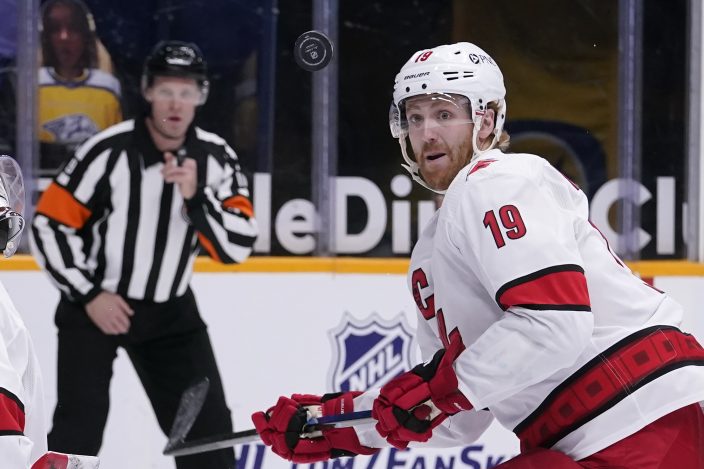 Reimer is 6-1-0 in his career against Nashville.

Aho added an empty-net goal on a power play in the final minute.

Lorentz was a seventh-round draft pick (186th overall) by the Hurricanes in 2015. He made his NHL debut earlier this season, collecting one assist in 11 games before Tuesday. 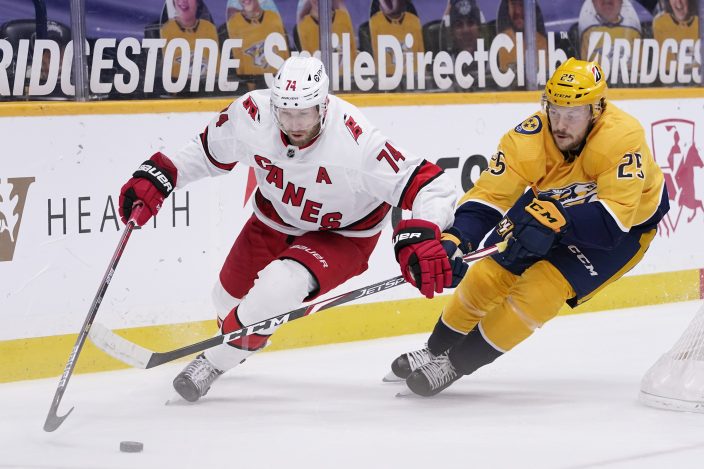 As Lorentz’s teammates on the ice congratulated him for his first goal, Hamilton quietly skated to the Nashville net to collect the puck for Lorentz.

Saros did not return after the first period, with the Predators saying he would be evaluated on Wednesday. The team did not provide any further details.

At 5:15 of the first, Saros played a puck behind the Nashville net. As Nino Niederreiter skated through, their heads collided after Saros released the puck. Niederreiter was assessed a minor penalty for roughing.

Prior to the game, the Predators announced that three players would be out of the lineup. F Luke Kunin will miss two to four weeks with a lower-body injury. D Ryan Ellis will miss four to six weeks with an upper-body injury. And forward Ryan Johansen was placed on the NHL’s COVID-19 list.

Johansen recently returned to the lineup after missing seven games with an upper-body injury. He had one assist in four games since being activated off injured reserve.

Ellis was one of seven Predators to appear in all 21 games this season. He plays on the right side of the team’s top defensive pairing with Josi. Ellis is second on the Predators and 13th in the NHL, averaging 24:39 of ice time per game.

With Johansen and Kunin unavailable, Tanner Jeannot made his NHL debut.

The game was originally slated for Jan. 19 but got postponed after several Hurricanes players were placed on the COVID-19 list that day.