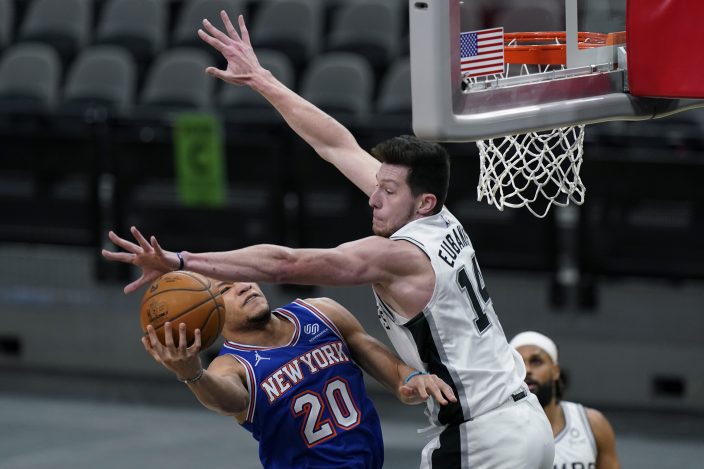 New York Knicks forward Kevin Knox II (20) is defended by San Antonio Spurs forward Drew Eubanks (14) as he drives to the basket during the second half of an NBA basketball game in San Antonio, Tuesday, March 2, 2021. (AP PhotoEric Gay)

The Knicks had won seven of nine entering Tuesday’s game, but were never able to find a consistent rhythm against the Spurs.

Coming off a 124-113 overtime loss to Brooklyn on Monday night, San Antonio got off to a slow start but was aided by New York’s own troubles.

The Knicks committed four turnovers in the opening six minutes, but the game remained close as the Spurs labored to hit open looks.

San Antonio eventually found its touch, with seven players making at least one 3-pointer. The Spurs finished 18 for 42 on 3-pointers, with Lyles shooting 4 for 6 and Mills going 4 for 8 on 3s. Samanic was 3 for 5 in scoring his season-high point total.

Both teams had to return to the court after officials put 0.5 seconds back on the clock after a video review. The Spurs took advantage of the added time as Mills drained a 3-pointer as time expired for a 51-47 lead. 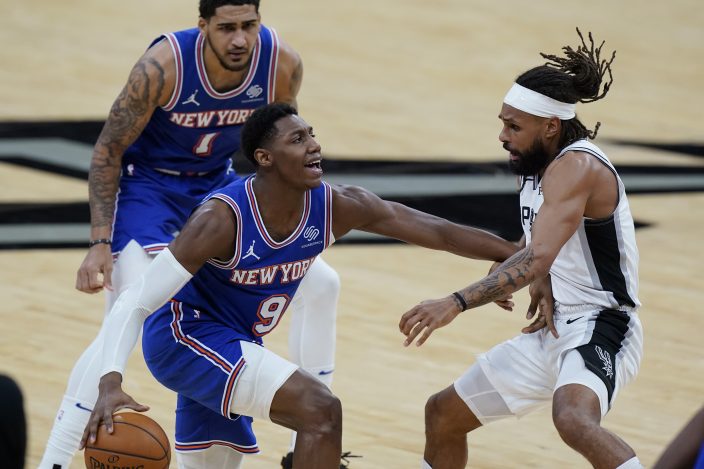 New York Knicks guard RJ Barrett (9) is defended by San Antonio Spurs guard Patty Mills (8) as he tries to move the ball up court during the second half of an NBA basketball game in San Antonio, Tuesday, March 2, 2021. (AP PhotoEric Gay)

Keldon Johnson had nine points in his return after having not played since Feb. 14 due to the league’s health and safety protocols. The Spurs are still without Rudy Gay, Derrick White and Devin Vassell, who were also following the league’s mandates for COVID-19.

The Spurs were also without LaMarcus Aldridge, who sat out with a stomach ailment. 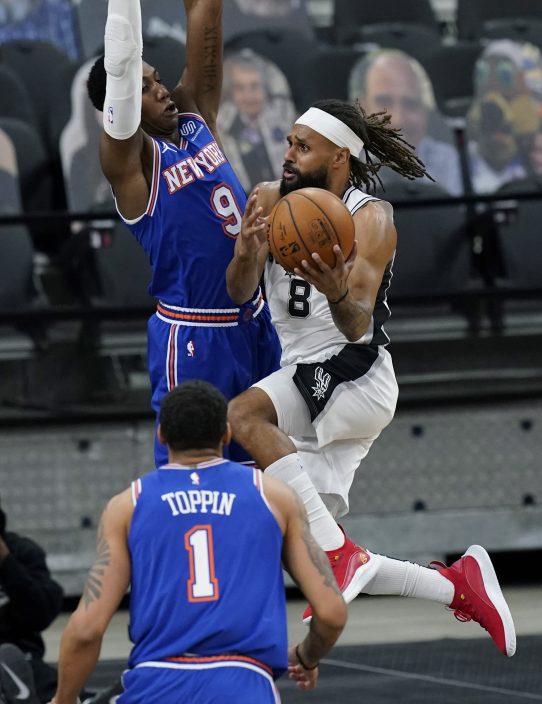 Knicks: Randle was selected to participate in the league’s Skills Challenge on Sunday in Atlanta prior to making his All-Star debut that evening. … The Knicks have not won in San Antonio since Jan. 2, 2014. Carmelo Anthony had 27 points and 12 rebounds as the Knicks held on for a 105-101 victory over a Spurs team that would its fifth NBA title later that year.

Spurs: San Antonio coach Gregg Popovich said he is unsure when Gay, White and Vassell will return, but all three sat in the back row of San Antonio’s bench during the game. … Popovich said Aldridge began feeling sick during Monday night’s overtime loss to Brooklyn and grew worse as the evening progressed. … Johnson played 11 minutes in his return. “This is just a little small workout for him,” Popovich said. “He’s not going to be out there competing for very, very long.” 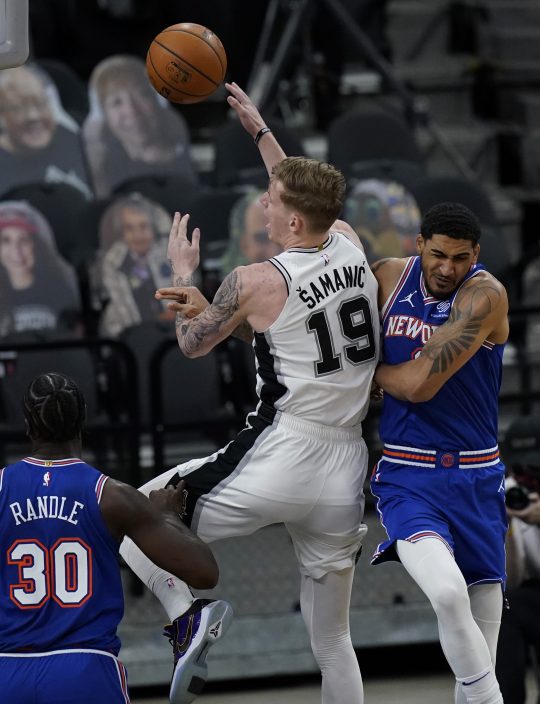