Vasilevskiy also held the struggling Stars without a goal four days earlier at home, a 5-0 win in the first meeting this season between the teams that played in the Stanley Cup Final in the NHL bubble last September.

The three straight shutouts are a career best for Vasilevskiy, the 26-year-old goalie who has played all seven of his NHL seasons for Tampa Bay. 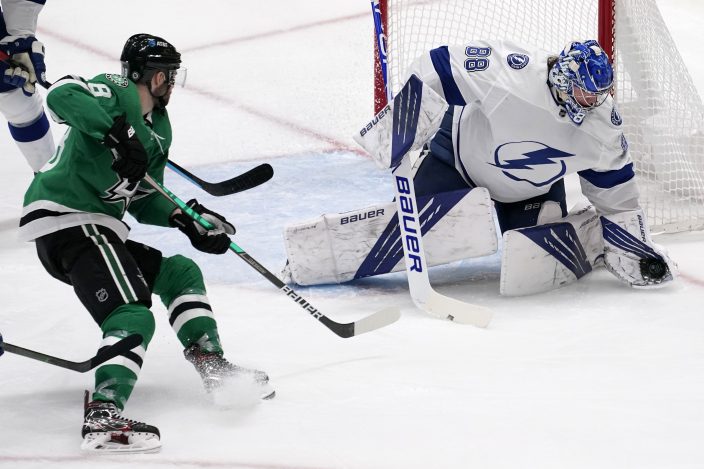 Vasilevskiy surpassed his previous record scoreless streak of 184 minutes, 49 seconds, set three seasons ago, and is the 70th NHL goalie to surpass 200 minutes (200:45). His streak of 10-plus scoreless periods is the longest in the NHL this season.

Just as they did against Dallas on Saturday, the Lightning went ahead to stay on a power-play goal in the first period by Ondrej Palat. Their other goal was an empty-netter by Yanni Gourde with five seconds left.

Tampa Bay (15-4-1) has the NHL's longest active winning streak at five games and leads the Central Division with 31 points, one more than the Florida Panthers, who have played one more game than the Lightning. 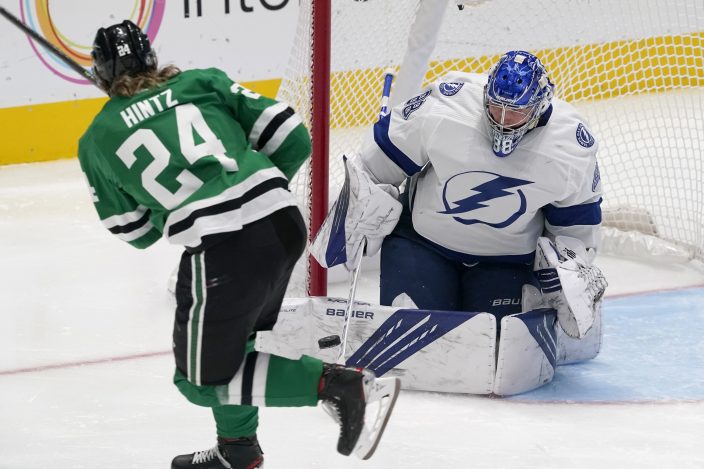 Dallas has won only once in its last 10 games. The Stars played at home for the first time since Feb. 13, before having four consecutive home games postponed because of extreme winter weather that led to extended power problems in North Texas and made the American Airlines Center unavailable.

Palat scored 7 1/2 minutes into the game, and only 10 seconds after the Lightning went on the power play. 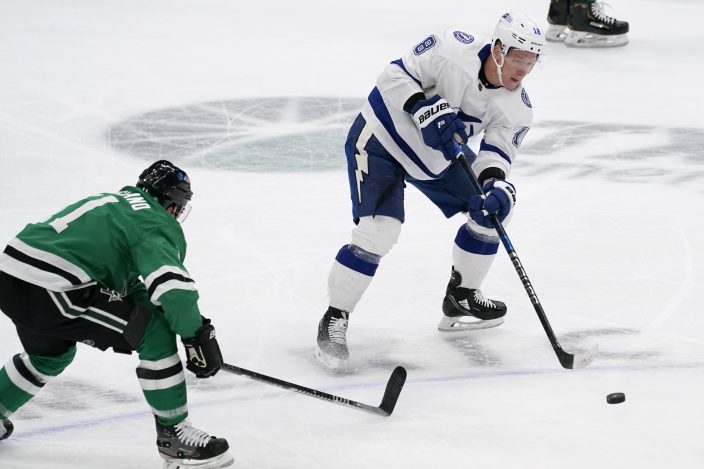 After Palat's initial shot from the right side was blocked by Esa Lindell, the puck ricocheted across to captain Steven Stamkos on the other side. He passed to Victor Hedman in the middle and the puck went back to Palat for a one-timer between Khudobin and the right post.

Andrew Cogliano had a point-blank shot for Dallas late in the first period, but it was pushed aside by Vasilevskiy. The Lightning goalie had also secured the puck after Joe Pavelski's shot was followed by captain Jamie Benn's two shots in quick succession.

Benn had a shot midway through the second period that hit under Vasilevskiy's right arm, then ricocheted off the post. 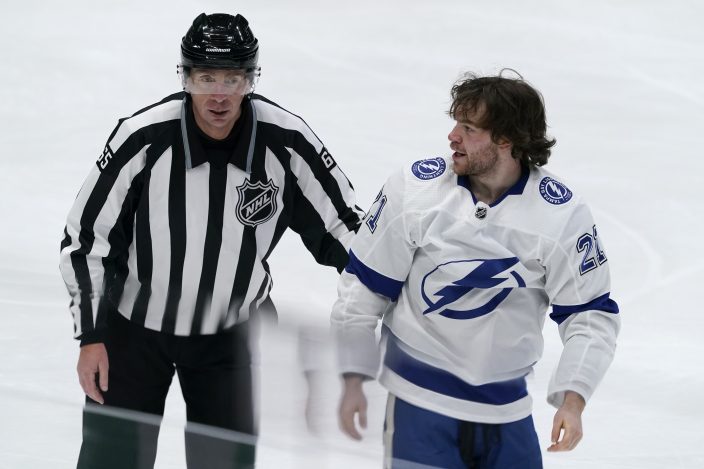 Vasilevskiy has stopped 92 consecutive shots, including 20 in his previous shutout of the Stars.

Palat's tally in the first period was his sixth power-play goal of the season, already a career high after only 20 games. His previous career best had been five over 56 games in 2016-17. It was also his NHL-best sixth time this season scoring the first goal of a game. 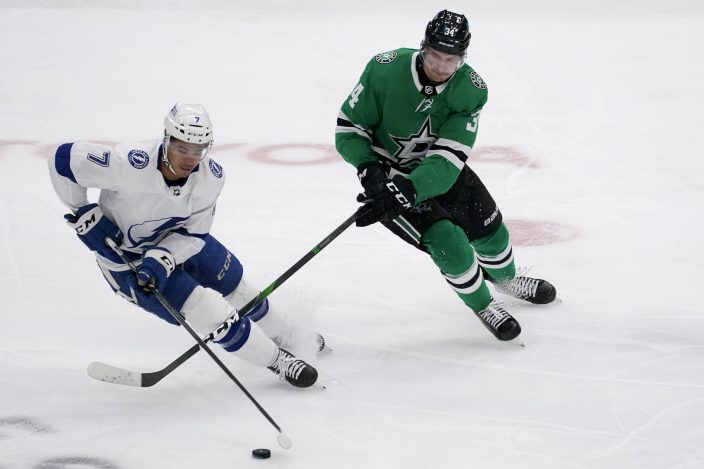 The Stars played the first of 40 games over 70 days to finish out the reduced 56-game regular season. They came into the game off their last two-day break of the season, and started a seven-week stretch when they have games scheduled every Tuesday, Thursday, Saturday and Sunday through mid-April. Even after that, they aren't scheduled to have more than one day off between games, and will finish the regular season with seven consecutive road games over 12 days. 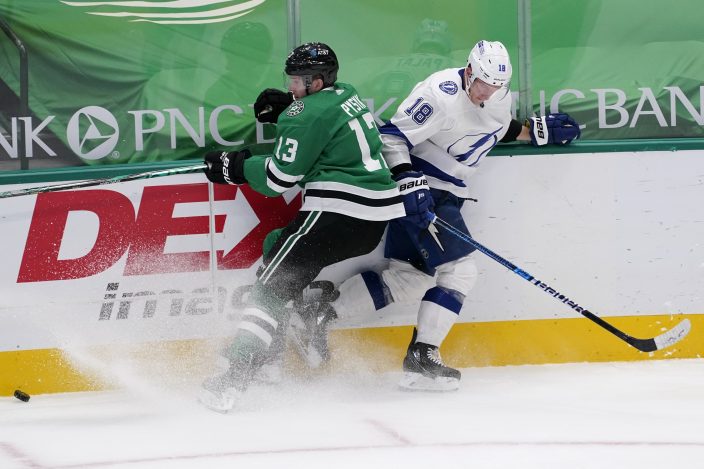