Instead of going out to dinner with his fiancee after coming home from practice, Brandon Carlo takes his dogs on long walks to get out of the house and enjoy some fresh air.

“It’s nice that I can still do those things,” the Boston defenseman said.

NHL players and their families are limited in what things they can do this season by virus protocols designed to keep them safe and games on track, and those rules go further than other leagues. There aren't NHL-approved restaurants to frequent on the road like in the NBA, players are limited to their home or the team hotel and the rink except for emergencies, so there isn't much to do outside of playing hockey. 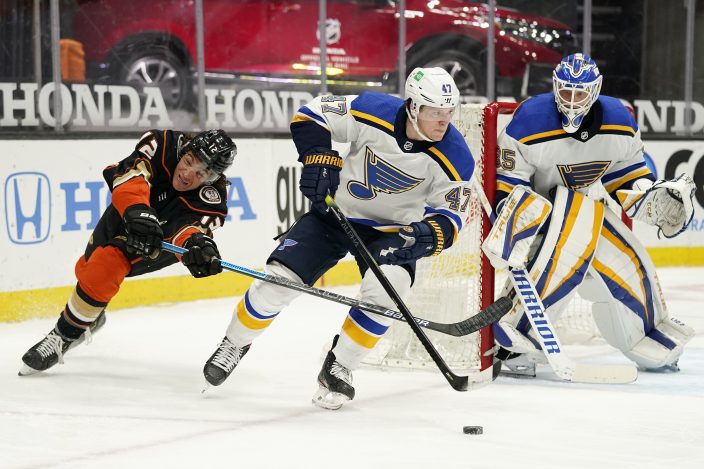 “Hockey’s our life, for sure,” Philadelphia's Kevin Hayes said. “It’s what we get paid to do. It’s how we make a living. But now that you actually can’t do anything else, it definitely makes you appreciate it more.”

It has never been easier for players to say they're doing it for the love of the game, especially given that 20% of their paychecks are being held in escrow and 10% deferred to future years because of pandemic revenue losses. Already strict protocols were updated in February to “strongly recommended that household members limit their discretionary activities outside of the home” and encourage things like grocery and food delivery to reduce public contact.

Restricting some personal freedom, players say, is a worthwhile price to pay to get to earn a six- or seven-figure salary. 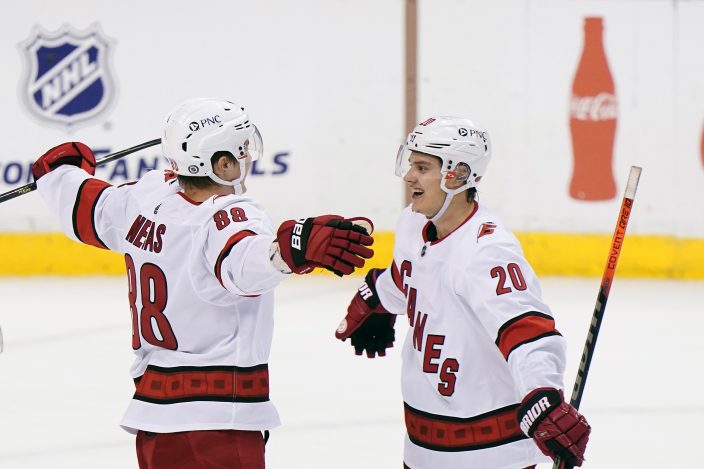 "It’s tough, a little bit, but we’re so lucky to be able to come into the rink and do what we love to do and be working," Edmonton captain and league-leading scorer Connor McDavid said. “We don’t forget about that.”

It's still an unnatural existence, confined to the rink and the hotel on the road and encouraged not to leave home much the rest of the time. Though, as Stanley Cup-winning Tampa Bay forward Tyler Johnson pointed out, “This is way better than the bubble life” that was required to complete the 2020 playoffs.

Now, it's more of a balancing act for players, who know what they're missing and have their eyes on the prize this season. 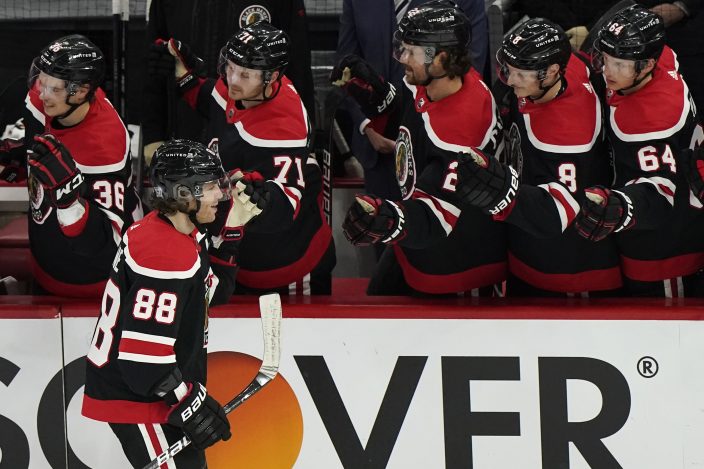 Chicago Blackhawks' Patrick Kane (88) celebrates with teammates after scoring a goal against the Detroit Red Wings during the third period of an NHL hockey game in Chicago, Sunday, Feb. 28, 2021. It was 400th goals from Patrick Kane. (AP PhotoNam Y. Huh)

“You definitely miss the moments, especially with new guys, of being able to go out to dinner, have a couple drinks and just interact with their spouses, as well,” Carlo said. “That’s definitely missed and it’s been a hard adjustment, but for the most part during the year, I feel like we’re pretty dialed in to hockey and we kind of just want to get our rest when we can. On those days off, it definitely becomes longer."

Calgary captain Mark Giordano said, "Trying to find ways to break up your day is the No. 1 challenge” this season. Washington's Nicklas Backstrom said the activities vary to pass the time alone in hotel rooms: "There’s video games, movies, stuff like that. You’ve just got to adjust to it, I think, for now.”

Adjust but not complain. McDavid and Giordano said there will be none of that, given the havoc the virus has wreaked on life and work around the globe. And the focus on hockey isn't such a bad thing with so many games packed into a condensed schedule.

“We’re so busy with games every other day, so a lot of the times we’re just trying to prepare for that next one and getting your body rested and recovered,” Johnson said. “Even if we could be doing stuff, I don’t know how much we really would be.”

The St. Louis Blues have won eight of their first 10 road games. Defenseman Justin Faulk said even though players haven't being able to enjoy a postgame “soda” together and hang out away from the rink, the on-ice product is working.

“Our team’s comfortable being on the road,” Faulk said. “It doesn’t bother us. ... You’re very limited on what you can do, but we’re still trying to enjoy our time around each other and try to create as much of team chemistry as we can on the road with what we’re limited to.”

The Buffalo Sabres are in yet another seemingly annual tailspin, and no one appears to have an explanation of how they might escape it.

“I don’t have a cliché answer for you,” captain Jack Eichel said Sunday, after the Sabres dropped back-to-back 3-0 shutouts to the Philadelphia Flyers last weekend. “If we had answers, I think we would be spitting them out.”

The Sabres entered Tuesday night on a 2-7-1 skid, ranking last in the NHL with 21 five-on-five goals and 42 overall in 19 games.

Second-year coach Ralph Krueger is running out of answers, and his messaging has been placed in question. With first-time general manager Kevyn Adams declining media requests, speculation is rising regarding Krueger’s status, and whether Eichel might be on the trade block.

The NHL on Tuesday reached a season best with three players on the COVID protocol list. All three are stars — Pittsburgh's Sidney Crosby, Nashville's Ryan Johansen and San Jose's Tomas Hertl — but the rules appear to be working to cut down on cases and outbreaks.

“As I said to our players, we can do all the right things and this kind of stuff could happen,” Penguins coach Mike Sullivan said. “The other thing I would say is just because someone’s on the COVID protocol list doesn’t necessarily mean that they have COVID."

The first game in Philadelphia with fans this season comes Sunday when the Flyers host the Capitals in front of just over 3,000 — plus Gritty.