How could the networking, hands-on communications and camaraderie the event has encompassed occur during the COVID-19 pandemic?

“It seemed almost like an insurmountable challenge to accomplish what we normally do in previous years,” says Rapoport, the league's senior director of diversity and inclusion. “But interestingly, we feel like we accomplished more, engaged more executives, had a larger number of clubs and people involved. We set up a lot of sessions for the women to get to know each other, with a prep session we never have had before. 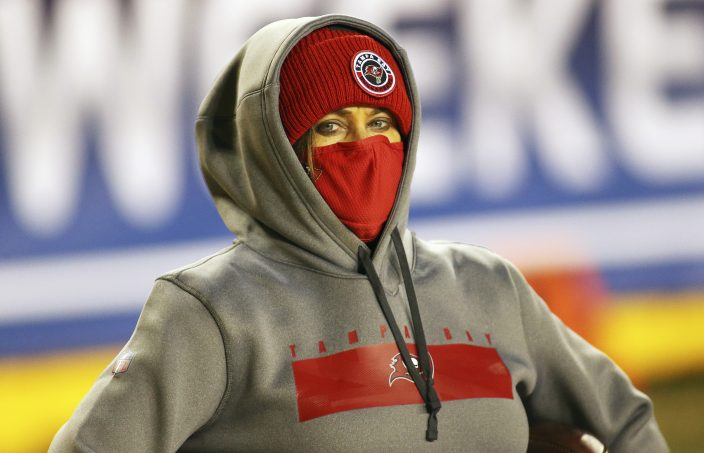 “I was blown away how remarkable the women were on Zooms. Questions were well researched, and they were able to impress our executives. I think that helped to create an atmosphere of just a group of people talking football. You could put any group in this program.”

The 2021 group of 40 women aspiring to NFL jobs as coaches, scouts and front office personnel spent two days last week remotely commingling with Commissioner Roger Goodell and his wife Jane; team owners Sheila Ford Hamp of the Lions and Dee Haslam of the Browns; a variety of general managers and coaches; and several women currently employed by teams.

More than 100 opportunities, ranging from internships to full-time positions, have developed out of the forums. 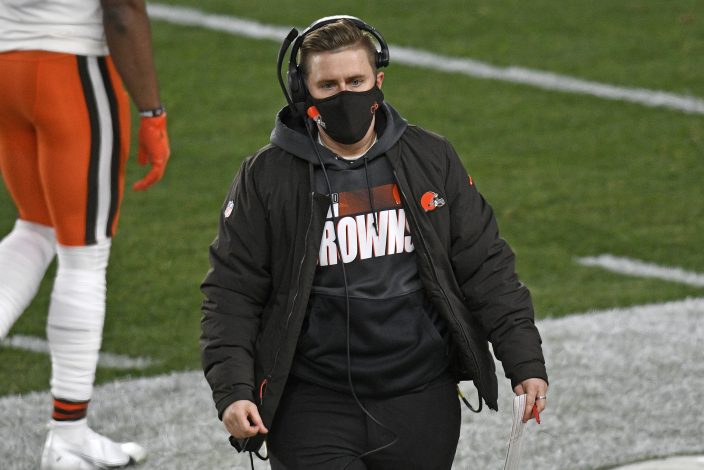 Cleveland Browns coach Callie Brownson walks on the sideline during the first half of an NFL wild-card playoff football game against the Pittsburgh Steelers in Pittsburgh, Sunday, Jan. 10, 2021. (AP PhotoDon Wright)

“I came into the forum with coaching experiences,” says Lori Locus t, who soon will be wearing a Super Bowl ring after helping Tampa Bay to the championship as the assistant defensive line coach. "Those internships are so valuable; you don’t know what you don’t know. The women sitting in the room (this year) at the forum are sitting with their future colleagues. They are collectively the next waves of what is coming into the league.

"It was invaluable to know I was not doing it alone. We were all there to gather as much information and absorb it and put it to practice. That is the thing with internships, you make it what you get out of it."

The Goodells have been champions of the forum since it launched and are thrilled with the results so far. The commissioner, addressing the contributions women are making on the sidelines and in the front office and across the scouting spectrum, told the 2021 group at the outset of last week's event: “The work they have put in and what they are giving to this game is truly remarkable. I hope you get to see all these people who have been in your seats before and you will be part of this panel in a different form soon."

Attending for the second straight year was Sophia Lewin, a quality control coach for Princeton. Lewin earned an internship with the Bills in 2020, but it never happened because of the pandemic. She is hopeful to begin her NFL journey this year in Buffalo.

Her duties at Princeton, which didn't play last season with the Ivy League shut down, have mostly been with the offense: meeting with quarterbacks; assisting in drills; working on the playbook; providing one-on-one time with the players.

Basically, she says, “the utility piece.”

From here, she hopes to move into the pros.

“My career goal has been to be a head coach in the NFL,” Lewin notes, "but I also understand the need for flexibility in that. I want to work with the best possible people I can work with. I want to win Super Bowls — I would rather win 10 Super Bowls as a coordinator than be unsuccessful as a head coach.

“The title does not matter to me, the impact is most important to me. Be successful on and off the field as a group.”

Lewin witnessed real and potential success for everyone during each forum, last year's in person and the recent one virtually. From the advice of Hamp and Haslam to encouragement from coaches Bruce Arians — yeah, the Super Bowl winner — and Washington's Ron Rivera, to the words of Locust, Rivera assistant Jennifer King, Browns chief of staff Callie Brownson and many others working in the league.

She also felt a swell of pride being among the 40 women invited to this year's forum.

“Last year, I learned that the women who are participants are extremely important to connect to,” Lewis says. "It turned out some of my best friends were actually participants from last year and I learned who you connect with is not just people in the NFL.

“It really is two days of empowerment and excitement. It is phenomenal. What Sam and Venessa (Hutchinson, NFL senior manager of football development) have built is really a bridge for us. Most of us are in the college ranks and trying to make it to the NFL in some way. The tone is set by them and they inspired me to keep working and represent them better. They are putting their trust in us to represent ourselves well.”