The postponed Tokyo Olympics look like they will take place without any fans from abroad when they open in just under five months.

The Japanese newspaper Mainichi said on Wednesday the decision had been made to exclude foreign fans. It cited only unnamed sources “involved in the discussions.” It said a final decision would be made “within the month.”

“In the current situation it is impossible to bring in foreign spectators,” the newspaper said, citing an unnamed government official. 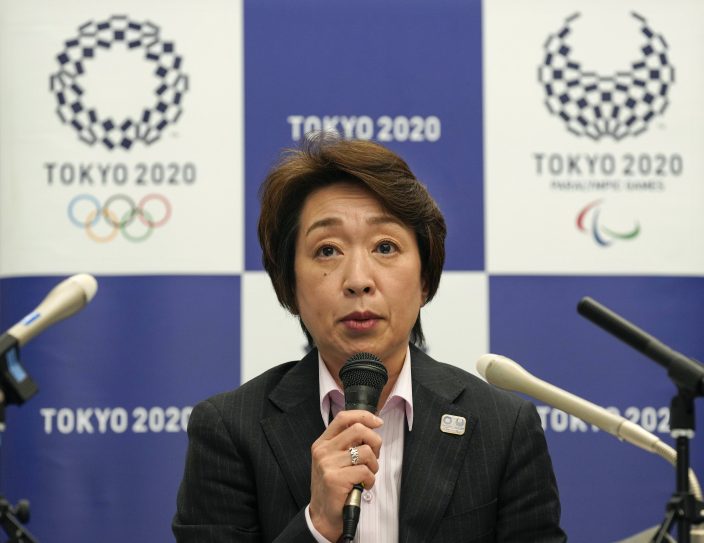 Seiko Hashimoto, president of the Tokyo 2020 Organizing Committee of the Olympic and Paralympic Games (Tokyo 2020), speaks during a news conference with Toshiro Muto, left, CEO of Tokyo 2020, after a council meeting in Tokyo on Wednesday, March 3, 2021. (Kimimasa MayamaPool Photo via AP)

Fans were reported to be a key part of the discussion and IOC President Thomas Bach hinted at hard choices to be made in comments before the meeting.

“We will focus on the essentials,” Bach said before the meeting began without reporters present. “That means mainly the competitions. This has to be the clear focus. In this respect we may have to set one or another priority."

The Olympics are to open on July 23. The exclusion of foreign fans has been almost a foregone conclusion with the games being held during a pandemic. The Japanese public has been openly opposed to the games, and one sticking point has been the risk presented by visitors entering the country. The other has been the soaring costs.

The games will involve 11,000 Olympic athletes, and later 4,400 Paralympians, and tens of thousands of coaches, judges, sponsors, media and VIPs. Bach said he was encouraged at the number of national Olympic committees that were getting athletes vaccinated. The IOC said it encourages vaccinations but will not require them.

Bach said his hope was “to have as many participants as possible arriving vaccinated to Tokyo.”

"There I can inform you that a considerable number of national Olympic committees has already secured this pre-Tokyo vaccination,” Bach said.

Having no fans will be costly. The organizing committee has budgeted income of $800 million from ticket sales. That shortfall will have to be made up by Japanese government entities.

It's also not clear how many local fans will be allowed in venues, and quotas may differ depending on indoor or outdoor settings.

These are the most expensive Olympics on record. The official cost is $15.4 billion, though two government audits suggest it might be almost twice that much.

Seiko Hashimoto, the new president of the organizing committee, cautioned on Tuesday of the problems that await.

“The biggest challenges is the countermeasures against COVID-19,” she said. “Nobody can foresee how the situation will be this summer.”