The men’s professional tennis tour is increasing prize money at smaller tournaments that had 50% cuts during the coronavirus pandemic and is changing its “frozen” rankings, with the aim of restoring the traditional 52-week system by August 2022.

The ATP’s announcement Wednesday also said some players will be allowed to bring more than two team members to tournaments on a first-come, first-served basis, easing a restriction put in place last year because of COVID-19.

“Our tournaments’ revenues continue to be severely impacted by restrictions on ticket sales, and a substantial improvement on this front looks unlikely before mid-year,” ATP Chairman Andrea Gaudenzi said. 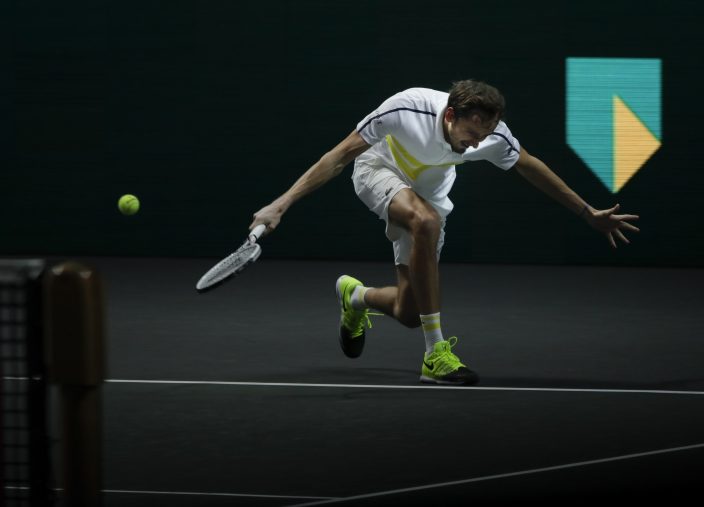 Until Wimbledon begins in June, payouts to players will be brought back to 80% of pre-pandemic levels at ATP 250 tournaments and 60% at ATP 500 tournaments. That increase of up to $5.2 million mostly will be funded by taking money out of a bonus pool that is distributed to the top dozen players at season’s end.

Tweaks to the way the ATP rankings are calculated will allow players to count either 50% of points earned at events from March-August 2019 that were not held in 2020 because of the sport's pandemic hiatus or 100% of points at those events in 2021, whichever is better.

The plan is to have the regular system — where full points are accrued and then drop off a player's standing after 52 weeks — begin this August, with the rankings completely back to normal a year later.

A new “COVID-19 Protected Ranking” will help players who miss four consecutive weeks still get access to tournament draws via a “frozen” ranking, but it will not apply to Grand Slam events or the Summer Olympics.