Juventus made Weston McKennie’s move to the Serie A giant permanent on Wednesday, tying the American midfielder to the club for the next four seasons.

McKennie has been at Juventus since August, after joining on loan from German club Schalke, but the Bianconeri have exercised the option to purchase the player’s full rights. 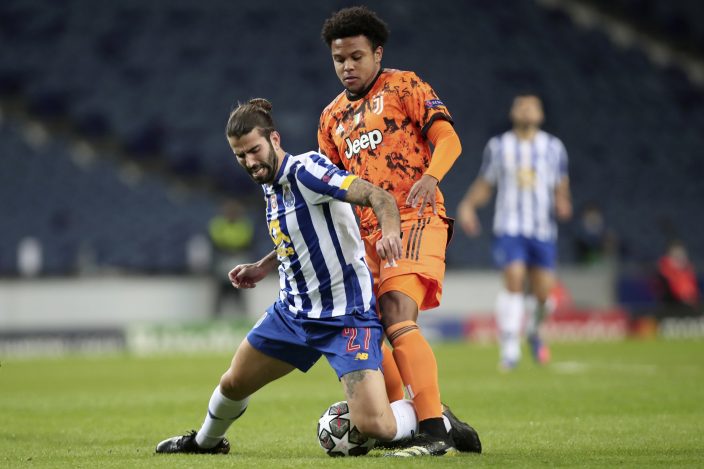 Juventus' Weston McKennie vies for the ball with Porto's Sergio Oliveira, left, during the Champions League round of 16, first leg, soccer match between FC Porto and Juventus at the Dragao stadium in Porto, Portugal, Wednesday, Feb. 17, 2021. (AP PhotoLuis Vieira)

The nine-time defending Serie A champion added that McKennie has signed a contract through to June 30, 2025.

McKennie, who is the first American to play for Juventus, has scored five goals — including one in a Champions League win at Barcelona — in 31 appearances.

The 22-year-old has already won a trophy at Juventus, helping it lift the Italian Super Cup in January with a 2-0 victory over Napoli.