The political crisis in Slovakia deepened on Wednesday after a member of the ruling coalition demanded a reconstruction of the Cabinet.

The crisis was triggered by a secret deal to acquire Russia’s Sputnik V coronavirus vaccine orchestrated by the country’s prime minister despite disagreement among his coalition partners.

Richard Sulik, head of the Freedom and Solidarity party, said the situation in the coalition is so serious that “we can hardly continue this way.” 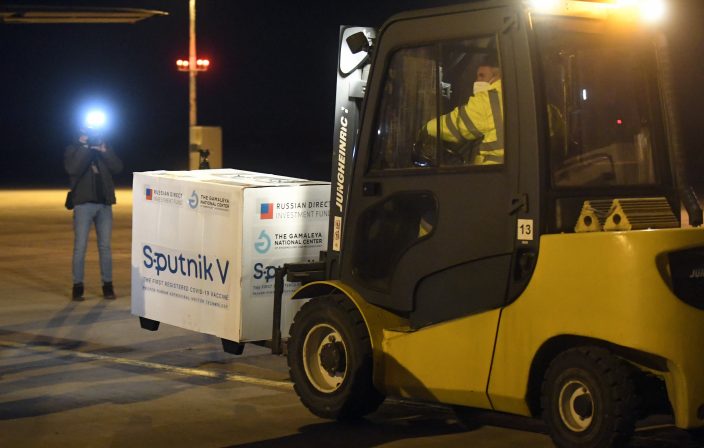 “It’s evident we haven’t succeeded in the fight against the pandemic,” Sulik said. His party said unspecified changes in the government are needed for the coalition to continue.

Sulik has often clashed with Prime Minister Igor Matovic over how to tackle the pandemic but the current crisis is the most serious problem the coalition has faced.

Matovic has defended the deal to acquire 2 million Sputnik V vaccines, saying it will speed up the vaccination program in one of the European Union's countries hit hardest by the pandemic.

But it was condemned by Foreign Minister Ivan Korcok, who was nominated to the post by Sulik’s party and who said the vaccine was a tool in Russia’s hybrid war against the West. Korcok said the purchase cast doubts on his country’s clear pro-Western orientation.

Another coalition partner, the For People party, didn’t rule out an option to leave the coalition.

The head of that party, Deputy Prime Minister Veronika Remisova, was meeting Sulik and other leaders - including another critic of the Sputnik V deal, President Zuzana Caputova - over the crisis Wednesday.

Parliament speaker Boris Kollar, the leader of the fourth coalition party, We Are Family, called on his partners to put aside their disputes and negotiate a way to move forward. Kollar invited representatives of all the four coalition parties to meet later Wednesday.

Pro-Western Matovic struck a deal last year to govern with the pro-business Freedom and Solidarity party; the conservative For People, a party established by former President Andrej Kiska; and We Are Family, a populist right-wing group that is allied with France’s far-right National Rally party.