Paris Saint-Germain striker Moise Kean has tested positive for the coronavirus and has gone into isolation, the club said Wednesday.

PSG said that Kean tested positive on Wednesday morning and stayed in Paris while his teammates traveled to Bordeaux for a league game.

The 21-year-old Kean has done well since joining on a season-long loan from Premier League team Everton, scoring 15 goals in 27 games. 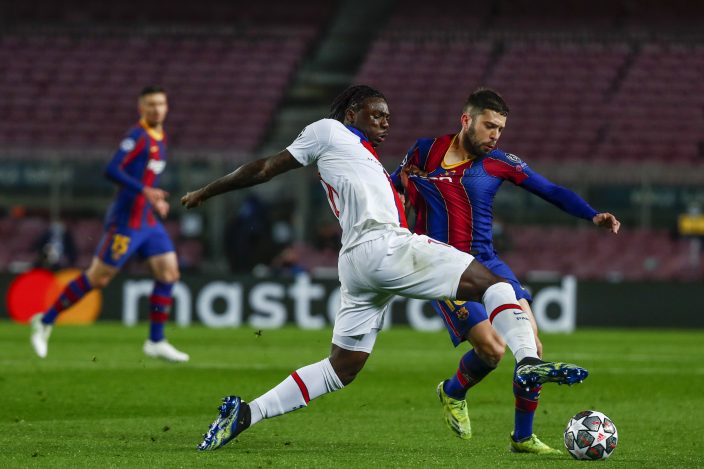 PSG faces Barcelona in the Round of 16 of the Champions League next Wednesday, leading 4-1 from the first leg in Spain, with Kean scoring a goal in that game.

But the Italy forward is expected to miss the return leg as he follows isolation protocols.