The House Oversight Committee is investigating the agency that operates the Texas power grid, seeking information and documents about the lack of preparation for the recent winter storm that caused millions of power outages and dozens of deaths across the state.

Rep. Ro Khanna, a California Democrat who chairs an environment subcommittee, sent a letter to the Electric Reliability Council of Texas, saying he is concerned that the loss of electric service — “and the resulting human suffering, deaths and economic costs” — will happen again unless ERCOT and the state of Texas adequately prepare for a predicted increase in extreme weather events.

Severe winter storms in Texas “have occurred repeatedly over decades, and ERCOT has been unprepared for them,” Khanna wrote in a letter to ERCOT CEO Bill Magness. The group's own consultant has predicted that severe winter weather events will continue to occur every decade, yet ERCOT and state officials have done little to prepare for them or build appropriate infrastructure, Khanna said. 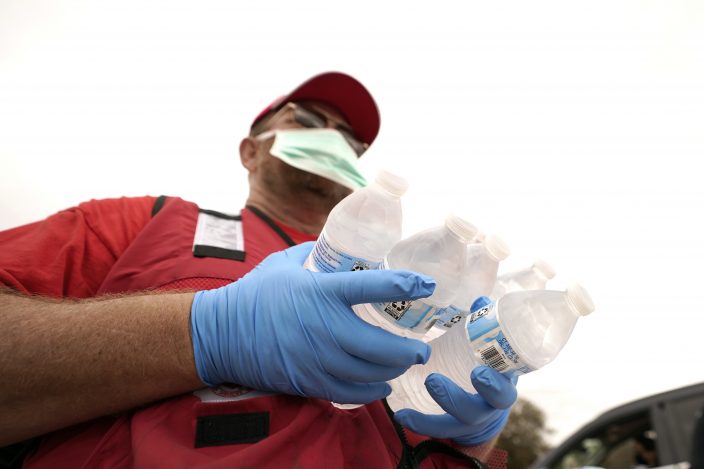 “The failures of ERCOT and the state of Texas were costly,'' he wrote. At least 49 Texans have died, and more than 4.5 million people experienced power outages

“Homeowners, renters and businesses face steep expenses to fix damage from frozen and burst pipes, with the Texas Insurance Council estimating that claims could be more than $20 billion,'' Khanna wrote. Total economic losses in Texas could reach $50 billion.

Because Texas is not connected to the national grid, “ERCOT has limited ability to import electricity from outside of the state,'' Khanna noted, adding that nearby regions, such as El Paso, experienced the same extreme temperatures but fewer disruptions. 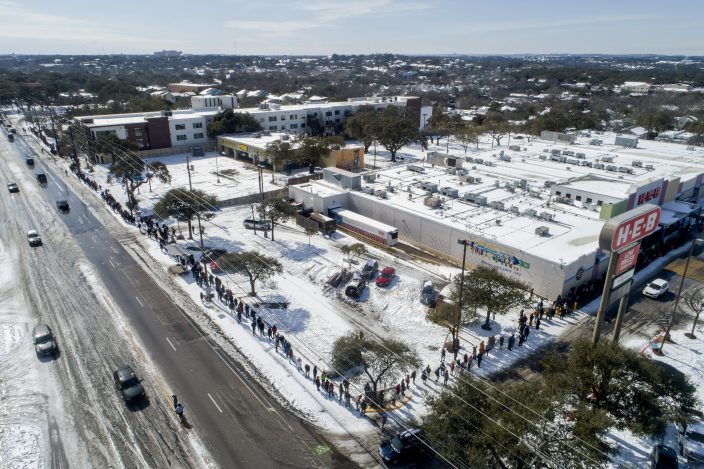 FILE - In this Feb. 16, 2021, file photo, people wait in a long line to buy groceries at H-E-B in Austin, Texas, during an extreme cold snap and widespread power outage. As temperatures plunged and snow and ice whipped the state, much of Texas' power grid collapsed, followed by its water systems. Tens of millions huddled in frigid homes that slowly grew colder or fled for safety. (Jay JannerAustin American-Statesman via AP)

Last month's storm followed similar winter storms in 1989 and 2011 that also caused massive outages, Khanna said. “It appears that lessons learned (again) in 2011 were not implemented either, leaving Texas vulnerable to extreme winter weather again in 2021,'' he wrote.

The subcommittee requested documents from ERCOT by March 17 related to its preparedness for extreme weather events; decisions on where and when to implement rolling blackouts; and the disruption of electricity supply in the mid-February storm.

A spokesperson for ERCOT could not be reached Wednesday. 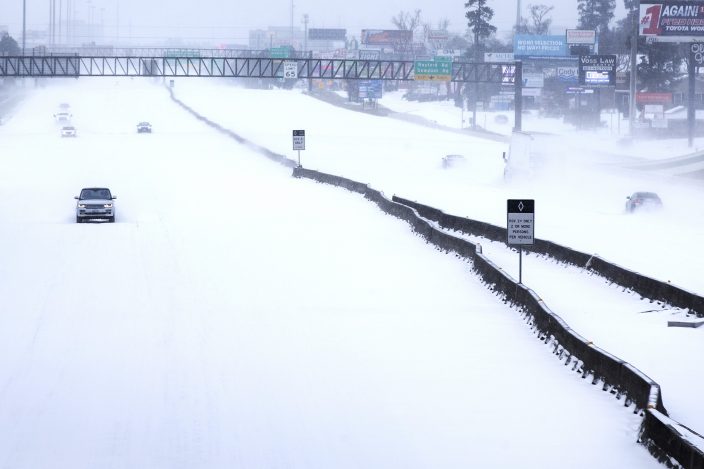 FILE - In this Feb. 15, 2021, file photo, traffic is sparse on the snow-covered Interstate 45 near The Woodlands Parkway following an overnight snowfall in The Woodlands, Texas. Temperatures plunged into the teens Monday with light snow and freezing rain. (Brett CoomerHouston Chronicle via AP, File)

The Federal Energy Regulatory Commission said last week that it is examining possible market manipulation on wholesale natural gas and electricity markets during the severe winter storms, which knocked out power to millions of people from Texas to North Dakota and resulted in at least 86 deaths nationwide.

The inquiry follows reports of wild price swings in the wholesale natural gas and electricity markets amid the storms. Natural gas spot prices spiked as high as 100 times typical levels, forcing utilities and other natural gas users to incur exorbitant costs, many of which were passed on to customers.

Sen. Tina Smith, D-Minn., and other lawmakers have said the price increases could threaten the financial stability of some utilities that don't have sufficient cash reserves to cover short-term costs.

The extreme weather caused residents from Mississippi to Minnesota to crank up electric heaters and pushed demand for electricity beyond the worst-case scenarios planned for by grid operators. At the same time, many gas-fired power plants in Texas and other states were knocked offline because of icy conditions, and some plants appeared to suffer fuel shortages as natural gas demand spiked nationwide.

Makeshift defense comes through for Madrid in decisive ...

One by one, Real Madrid defenders ...