Liverpool manager Jurgen Klopp will not allow his players to travel to international matches this month if they have to quarantine on their return.

Under current coronavirus guidelines, arrivals from countries that Britain regards as high risk are subject to 10 days of hotel confinement. Portugal and all of South America are on the so-called “red list” so it would apply to Liverpool’s Brazil internationals — Alisson Becker, Roberto Firmino and Fabinho — and Portugal forward Diogo Jota.

FIFA has given clubs dispensation during the pandemic to prevent players who may be affected by the regulations from joining up with their countries, and Klopp intends to do so. 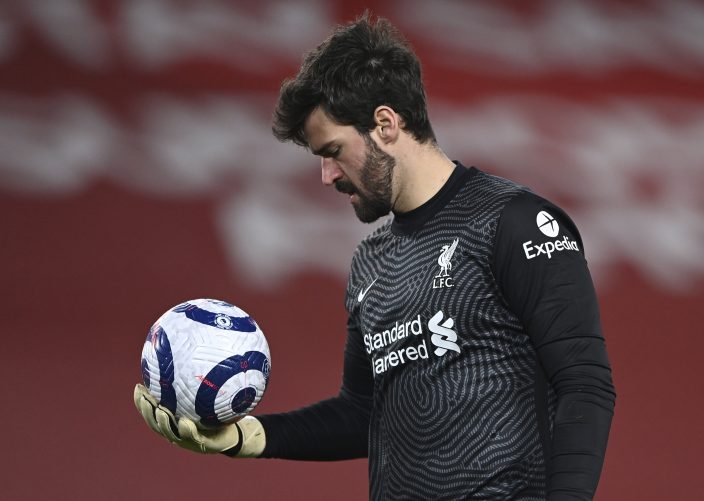 Liverpool's goalkeeper Alisson looks down at the ball during the English Premier League soccer match between Liverpool and Everton at Anfield in Liverpool, England, Saturday, Feb. 20, 2021. Everton won the game 2-0. (Lawrence Griffiths Pool via AP)

“I think all the clubs agree that with the same problems, we cannot just let the boys go and then sort the situation when they come back by placing our players in a 10-day quarantine in a hotel. It is just not possible,” Klopp said. “I understand the needs of the different FAs but this is a time where we cannot make everyone happy and we have to admit the players are paid by the clubs so it means we have to be first priority.”

Klopp said Liverpool will “wait until the last second” to make a decision.

“We just deal with what other people decided so we got kind of used to it,” he said, “but I think everyone agrees we cannot let the players go and play for their country and come back and quarantine for 10 days in a hotel. That is not how we can do it.” 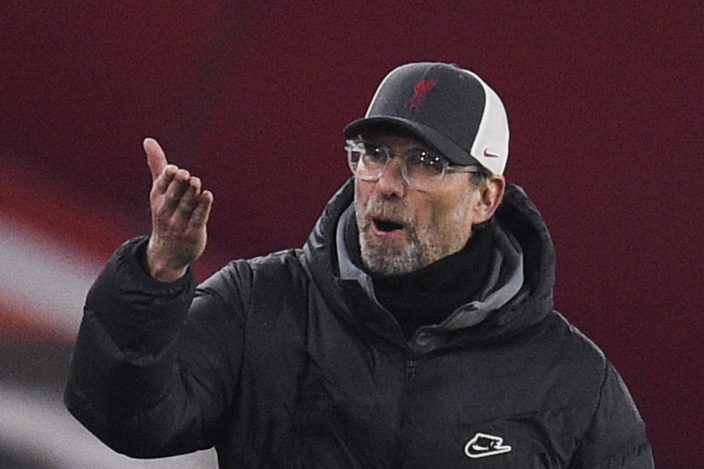 Brazil is in first place in South American qualifying for the 2022 World Cup after winning its opening four games, and is scheduled to play against Colombia on March 26 and at home to Argentina four days later

Portugal has a home game against Azerbaijan and away matches against Serbia and Luxembourg.

Klopp fears player welfare at risk by allowing only 3 subs

Klopp says Lampard has much to learn after 'arrogant' jibe

Klopp, the eccentric who put Liverpool back on its perch