Leicester’s bid to qualify for the Champions League received a further setback with a 1-1 draw at relegation-threatened Burnley in the Premier League on Tuesday.

Brendan Rodgers’ injury-hit team recovered from conceding a fourth-minute goal to Matěj Vydra, with Kelechi Iheanacho’s volley in the 34th earning a point at Turf Moor.

However, more dropped points — coming three days after a 3-1 loss to Arsenal — further opens the door for Leicester’s top-four rivals with around a quarter of the season left. 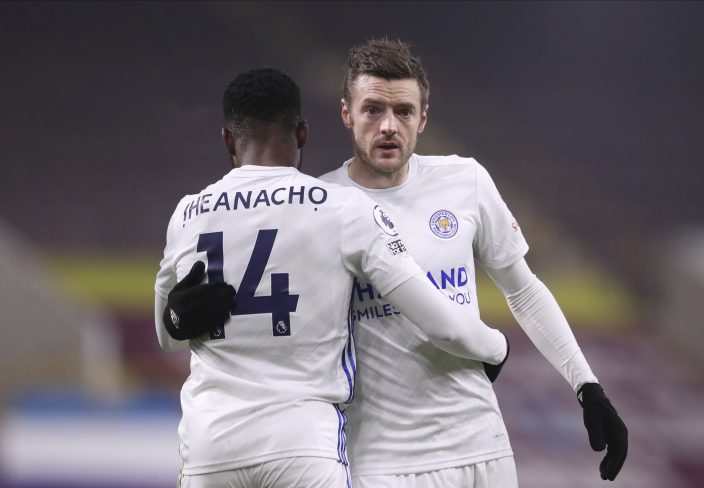 Leicester is third, five points ahead West Ham and six clear of fifth-place Chelsea having played a game more.

Rodgers’ injury list is growing, with Harvey Barnes the latest player out to join James Maddison, James Justin and Jonny Evans on the sidelines.

It forced the Leicester manager to field a makeshift lineup against Burnley and one of the fringe players called up, Hamza Choudhury, was at fault for Burnley’s goal. 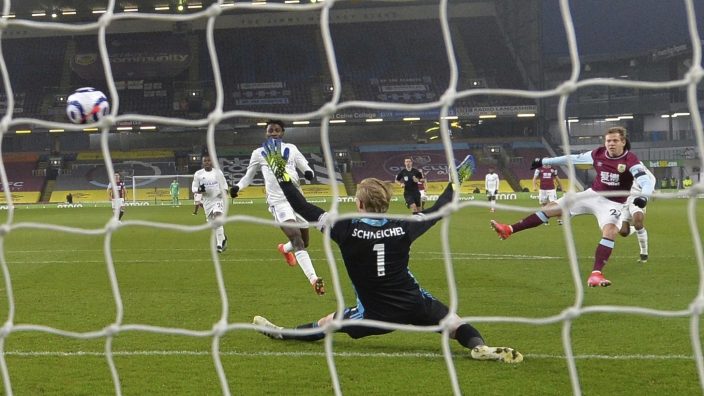 Choudhury’s weak back pass was seized on by Vydra, who went round Wilfred Ndidi and shot high past Kasper Schmeichel.

Iheanacho equalized when he span his marker and met a floated pass forward by Ndidi with a volley on the turn that flew past outrushing Burnley goalkeeper Nick Pope, whose positioning was open to question.

Youri Tielemans struck the post in the closing minutes for Leicester, but Burnley applied more pressure with Schmeichel producing fine saves to keep out headers by James Tarkowski and Chris Wood.

Leicester also struggled with injuries late last season and dropped out of the Champions League places in the final weeks of the season on the back of just two wins of its last nine games.