Tyrrell Hatton had vivid memories when he returned to Bay Hill, most of them the feeling of pure iron shots on the closing holes or his heart rate as he tried to navigate 20 feet in two putts on a baked green for his first PGA Tour victory.

Not to be overlooked were the ears.

Hatton received an enormous ovation after he rolled in a short par putt to win the Arnold Palmer Invitational. It wasn't the loudest ever at Bay Hill, not with Tiger Woods winning eight times or Palmer hitting driver off the deck onto the 18th green in his final appearance. 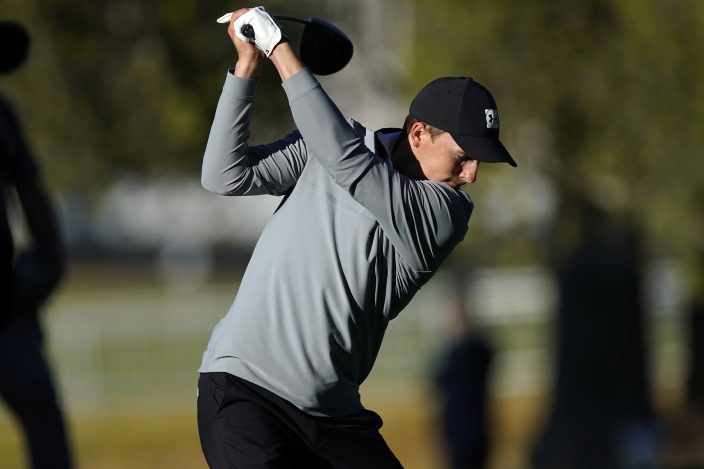 Jordan Spieth tees off on the 11th hole during the third round of the Genesis Invitational golf tournament at Riviera Country Club, Saturday, Feb. 20, 2021, in the Pacific Palisades area of Los Angeles. (AP PhotoRyan Kang)

But it was the last big cheer in golf.

“It's kind of hard to remember the cheers, really,” Hatton said Wednesday. “We've played a lot of golf since then with obviously no fans.” 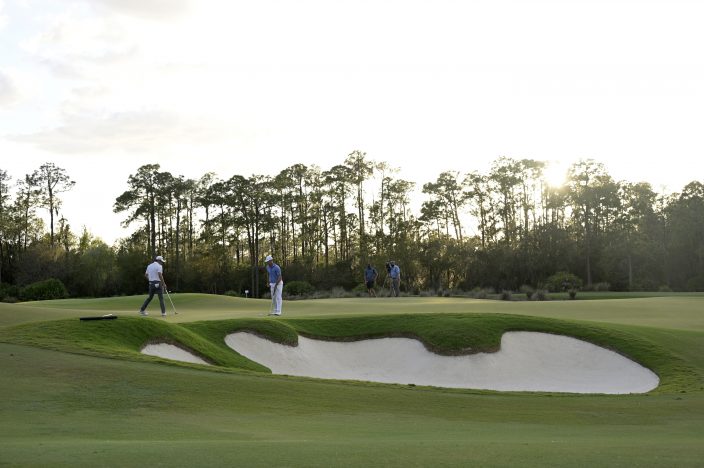 Collin Morikawa, left, and Billy Horschel check the 18th green before putting during the third round of the Workday Championship golf tournament, Feb. 27, 2021, in Bradenton, Fla. (AP PhotoPhelan M. Ebenhack)

The Houston Open last fall allowed daily ticket sales for 2,000. The Phoenix Open had only a fraction of its typical attendance, but at 5,000 a day, it was still something.

That's about what Bay Hill is anticipating this week, with tournament officials saying attendance will be limited to 25% capacity. A limited number of fans will be allowed in subsequent weeks at least through the Masters.

Even during the pro-am Wednesday, where Bryson DeChambeau tried (unsuccessfully) to drive over all the water on the right-to-left, 555-yard sixth hole, spectators milled about the course and the practice area.

Back to normal? Not entirely. But getting there.

“It will be nice having a limited number of fans out there again, just to kind of give a bit more of an atmosphere,” Hatton said. “And hopefully, I can do something worth cheering about.”

The Arnold Palmer Invitational was a big step for Hatton, the Englishman who since has starred on the golf course and in the latest European Tour social media video on anger management.

Bay Hill was the last PGA Tour event before the COVID-19 pandemic shut down golf for three months. Hatton contended in his next two events after the restart, and then he picked up the biggest win of his career at the BMW PGA Championship at Wentworth, where he used to attend as a kid. He started this year winning in Abu Dhabi against a strong field.

Hatton was No. 31 in the world before Bay Hill a year ago. Now he is No. 6, making him the top-ranked player in the field.

The stars are not out at the Arnold Palmer Invitational, mainly due to its spot on the schedule — it follows marquee events at Riviera and a World Golf Championship in Florida, with The Players Championship next week and the Masters approaching.

Rory McIlroy is playing, and Jordan Spieth makes his debut at Bay Hill. The 27-year-old from Dallas never has been able to squeeze it into his schedule with a busy West Coast swing, a World Golf Championship and then the Texas events that precede the Masters. This year, he was ineligible for the WGC for the first time in eight years.

It's a tough course — last year was particularly difficult because it was dry and windy — and Spieth figures it can only help as he tries to restore his game.

“Without being in last week, I thought this week would be a really good opportunity to play a difficult golf course,” he said. “And honestly, I haven’t had much success at The Players Championship, so being able to get some reps and continue trying to work hard on the game leading into The Players could really help next week, as well.”

He twice had chances to win during the West Coast swing, in Phoenix and Pebble Beach. Spieth shot a 61 in Phoenix, a round Billy Horschel remembers because of the putts and the reaction to them.

“I was playing with Jordan when he shot that 61 on Saturday and he made a big putt at No. 16 for birdie from about 30 feet,” Horschel said. "And, I mean, there was only a couple thousand fans around that hole, but it was a really large cheer. And then he drained a massive bomb on No. 17 for birdie. Another really big cheer.

“It was the first time since The Players Championship that you heard a roar that ... it gave you goose bumps.”