The U.S. Coast Guard said Wednesday that it is searching in waters off Alaska for an overdue helicopter piloted by the former head of Alaska’s largest tribal health care organization, who resigned last week after allegations of sexual misconduct surfaced against him.

Teuber owns the helicopter, which is used for sighting and charter trips through his company, Kodiak Helicopters LLC, according to state records. 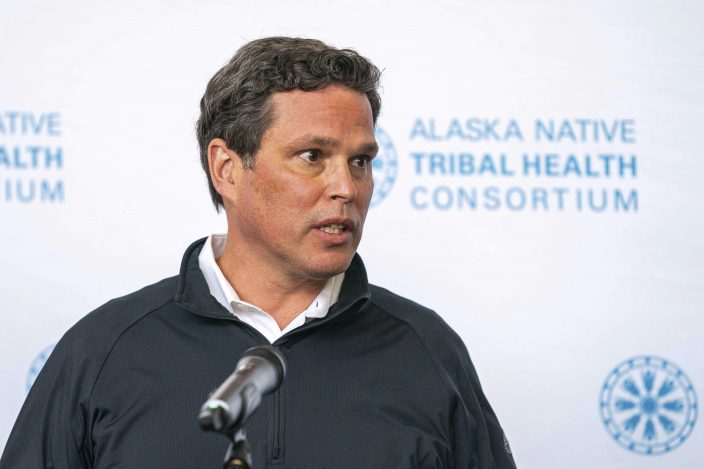 Family members reported three hour later to the Coast Guard that Teuber, reportedly the only person on board, had not arrived in Kodiak, about 250 miles (400 kilometers) south of Anchorage.

Coast Guard Petty Officer Lexie Preston said that planes searching for Teuber on Tuesday found a debris field in the Gulf of Alaska, about 65 miles (105 kilometers) north of Kodiak.

However, she said searchers could not yet “confirm that was that helicopter.” A Coast Guard helicopter and cutter on Wednesday did not locate the debris and were still searching, Preston said.

Teuber abruptly resigned on Feb. 23 from the health care organization and as a member of the University of Alaska Board of Regents. At the time, no reason was given.

However, his former assistant described a pattern of abusive behavior, harassment and coerced sexual counters by Teuber in a three-page letter to consortium officials that was obtained by the Anchorage Daily News and ProPublica. She resigned the same day.

“Andy unrelentingly coerced, forced, and required sex of me,” Savanah Evans said in the letter.

The Associated Press does not usually name victims of alleged sexual misconduct, but the Anchorage Daily News said she gave permission to use her name. Their story was published online Tuesday.

She claimed the abuse, much of which took place in consortium offices, derailed her personal and professional life.

In an email to the newspaper on Monday, Teuber denied Evans’ allegations, calling it a “completely consensual personal relationship.”

“The allegations of wrongdoing that I have been made aware of are false, and these allegations and their timing appear designed to portray me unjustly and falsely; to damage my personal and family relationships; but especially to sabotage my recent engagement and new marriage; and to undermine my professional prospects,” Teuber wrote.

Teuber led the consortium for over a decade and was paid more than $1 million per year.

The consortium is co-owner and manages the Alaska Native Medical Center, one of three hospitals in Anchorage. The health organization provides services to more than 170,000 Alaska Natives and employs more than 3,000 people.

The consortium said it will conduct its own independent, outside investigation.

Teuber had headed the health consortium since 2008, according to a biography posted on the Alaska Federation of Natives webpage.

Teuber also served on the federation's board and has been president of the Kodiak Area Native Association since 2006.