Yussuf Poulsen scored as Leipzig reached the semifinals of the German Cup with a 2-0 win Wednesday over a Wolfsburg team which hadn't conceded a goal for eight games.

Wolfsburg had the chance to seize control of the quarterfinal when it was awarded a first-half penalty after a video review found Christopher Nkunku had fouled Kevin Mbabu while trying to clear the ball. However, top scorer Wout Weghorst slipped as he took the spot kick and sent the ball high over the crossbar.

Poulsen picked up a pass from Alexander Sorloth in the 64th minute and powered past two defenders before hitting the ball past goalkeeper Koen Casteels. Hwang Hee-chan made sure of the win in the 88th when he lashed in a rebound after Casteels parried a close-range shot from Emil Forsberg. 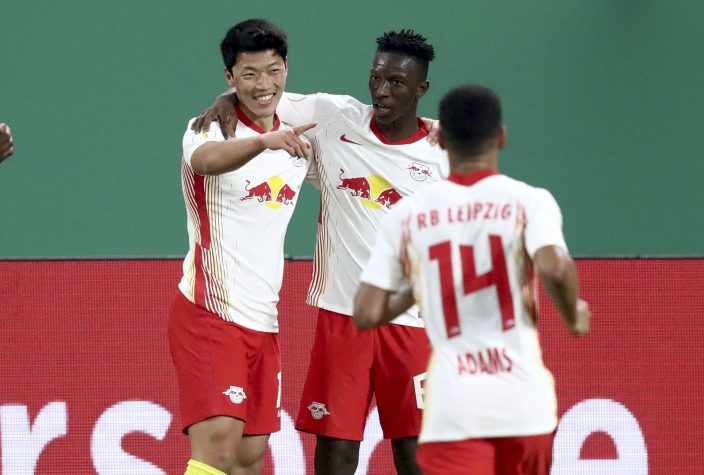 Leipzig and Wolfsburg are also rivals for Champions League qualification, sitting second and third respectively in the Bundesliga table. Leipzig lost the cup final in 2019 and is bidding to win its first major trophy.

Also Wednesday, second-division Holstein Kiel powered into the semifinals with a 3-0 win over Rot-Weiss Essen, which was bidding to be only the second fourth-tier club ever to reach the semifinals after Saarbrücken managed the feat last year. Kiel knocked out last year's cup winner Bayern Munich in the second round in January.

Borussia Dortmund booked its place in the semifinals on Tuesday when Jadon Sancho scored the only goal of the game in a 1-0 win over local rival Borussia Mönchengladbach. The other quarterfinal between Werder Bremen and second-division Jahn Regensburg was due to be played Tuesday but was called off the day before when a number of Regensburg's players and staff tested positive for the coronavirus. 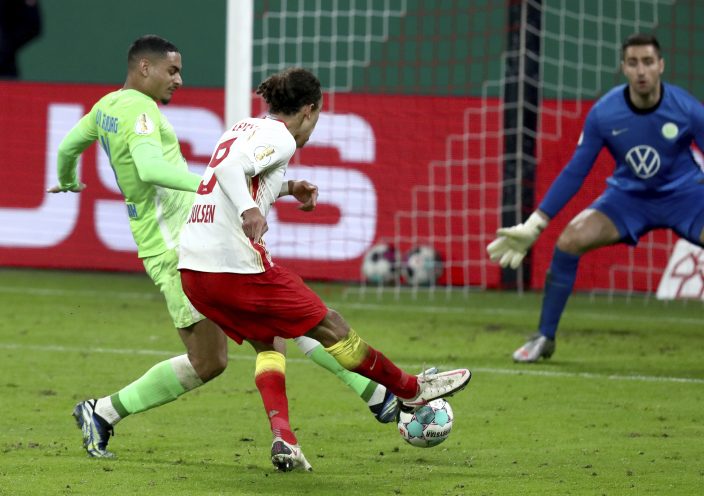 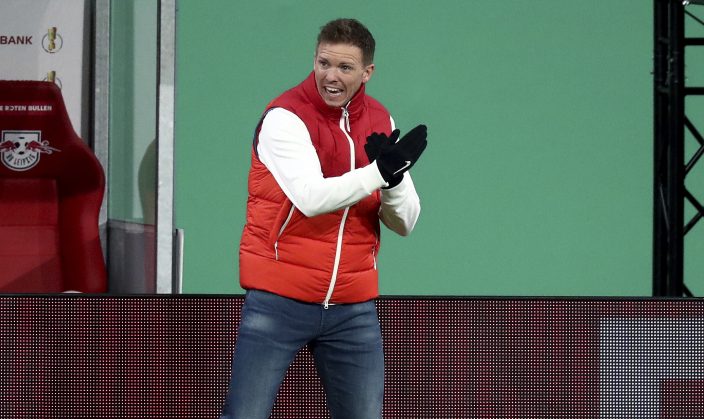