Manchester United was held 0-0 by Crystal Palace in the Premier League on Tuesday for a third straight goalless draw in all competitions for Ole Gunnar Solskjaer's misfiring team.

A day after fierce rival Manchester City made it 21 wins in a row to open up a 15-point lead, second-place United was left frustrated again and has won only one of its last five matches in the league.

United has now gone 285 minutes without a goal heading into Sunday’s Manchester derby at Etihad Stadium, having also drawn 0-0 against Real Sociedad in the Europa League and against Chelsea in the league at the weekend. 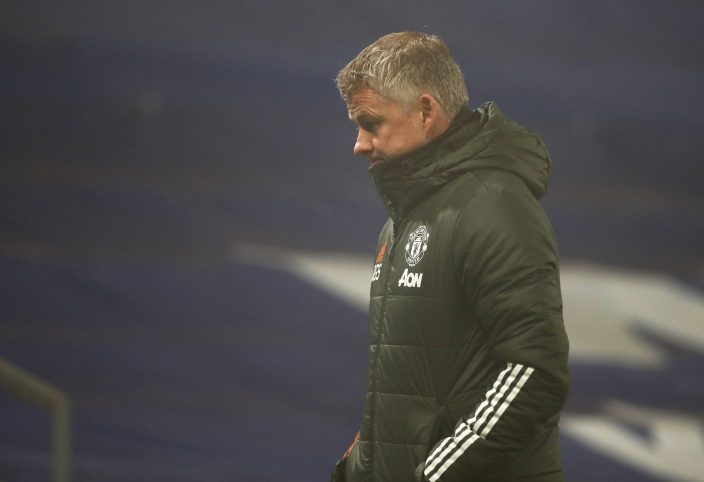 “Disappointing,” Solskjaer said. “Just a little bit off. If you're not spot on, you're not going to win games. Palace are always a side that are going to make it hard for you.”

Goalkeeper David De Gea missed the trip to London due to personal reasons and it resulted in Dean Henderson being handed only his third league start this season.

In foggy and cold conditions, Henderson was called into action early, gathering two crosses with ease, while Christian Benteke volleyed over from a promising position for Palace. 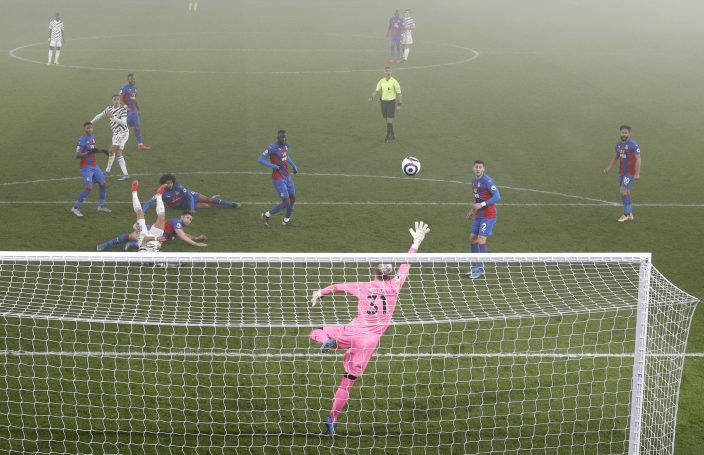 Opposite number Vicente Guaita produced a fine save to deny Nemanja Matic’s deflected strike before Edinson Cavani poked over from the resulting corner with the opening exchanges end-to-end.

Marcus Rashford should have broken the deadlock soon after but he side-footed wide after Luke Shaw picked him out inside the area.

Suddenly, it turned into attack vs. defense, with Solskjaer’s men completely dominant, and Mason Greenwood had an effort deflected wide in the 23rd minute.

Palace was able to weather the storm but was indebted to right back Joel Ward on the stroke of halftime. Aaron Wan-Bissaka delivered a tantalizing ball across the face of goal and only a wonderful sliding clearance by Ward denied Cavani a tap-in.

With mist making visibility difficult in the capital, United — in its zebra kit — struggled and Andros Townsend fired wide in another warning to the away side early in the second half.

Solskajer’s options on the bench were limited, with Anthony Martial absent because of a minor knee injury, and frustration was building for the visitors as captain Harry Maguire and Rashford exchanged words.

Scott McTominay and Daniel James were summoned from the bench with time running out, the latter was surprisingly introduced in place of Cavani.

It saw Greenwood go down the middle and he curled over from 20 meters before Shaw sliced wide. There was still time for one more opportunity but it went to Palace.

Left back Patrick van Aanholt was played through but Henderson made a crucial save, ensuring United trailed City by 14 points with 11 league games left.

Palace extended its unbeaten run to three games with another dogged display and has kept five clean sheets since the turn of the year.