A place in the Premier League's top four is at stake in the meeting between Liverpool and Chelsea, two teams who were expected to be challenging for the title this season. Liverpool's title defense has collapsed mostly because of a bad run of injuries, plunging the champions to sixth place. Chelsea, which spent nearly $300 million on new players for this season, has regained some form after changing managers — Thomas Tuchel came in for the fired Frank Lampard in January and is unbeaten after nine games — but is still only in fifth place. The winner would climb above West Ham into fourth place. Seventh-place Everton is level on points with Liverpool heading into a match at next-to-last West Bromwich Albion, while Fulham could climb out of the relegation zone on goal difference by beating Tottenham at home. 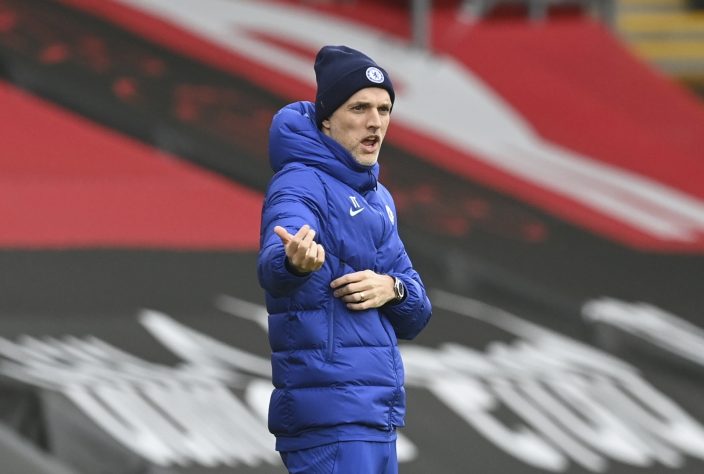 Levante and Athletic Bilbao play in the Copa del Rey semifinals, with the winner meeting Barcelona in the April 17 final in Seville. Barcelona eliminated Sevilla on Wednesday. Levante, playing in the Copa semifinals for the first time in 86 years, held Athletic to a 1-1 draw in the first leg in Bilbao. Athletic is the competition's second most successful club with 23 titles. It will play in last season's postponed final against Basque Country rival Real Sociedad on April 3.

Inter Milan can extend its lead at the top of Serie A with a win at relegation-threatened Parma. Antonio Conte’s side can move six points clear of second-place AC Milan after the Rossoneri were held to a 1-1 draw at home by Udinese on Wednesday. Inter has won six of its past seven league matches, scoring 17 goals and conceding just the one. Parma is second from bottom, six points from safety. It drew its past two matches 2-2 after leading 2-0 in both. It also drew 2-2 at Inter in October.