The full-scale prototype soared more than 6 miles (10 kilometers) after lifting off from the southern tip of Texas. It descended horizontally over the Gulf of Mexico and then flipped upright just in time to land. 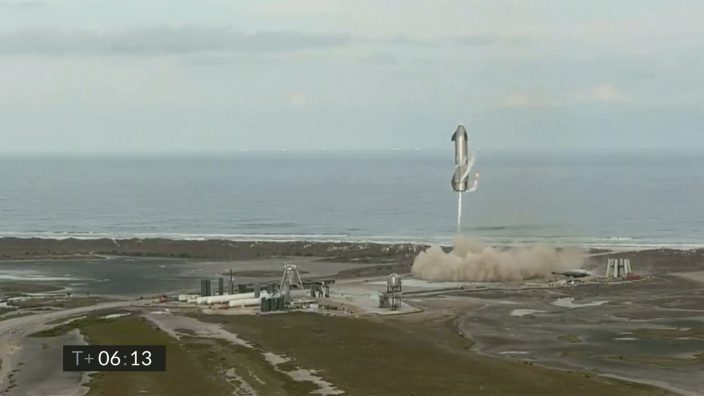 In this image from video made available by SpaceX, one of the company's Starship prototypes fires its thrusters as it lands during a test in Boca Chica, Texas, on Wednesday, March 3, 2021. The two previous attempts ended in explosions. (SpaceX via AP)

“We've had a successful soft touchdown on the landing pad," he added.

SpaceX founder Elon Musk plans to use Starships to send people to the moon and Mars.

The last two prototypes reached a similarly high altitude in December and February, but slammed into the ground at Boca Chica, Texas, and exploded. There's another test flight planned soon.

Each of these last three test flights lasted 6 1/2 minutes.