Jakub Vrana scored the only goal in the shootout and the Washington Capitals beat the Bruins 2-1 Wednesday night in Zdeno Chara’s return to Boston.

Lars Eller also scored for the Capitals, who improved to 7-1-1 in their last nine games. Vitek Vanecek made 18 saves in regulation.

The 43-year-old Chara, the Bruins’ captain for his 14 seasons with the club, signed a one-year contract as a free agent with the Capitals in the offseason. He helped Boston win the 2011 Stanley Cup, and was a key part of its runner-up teams in 2013 and 2019. 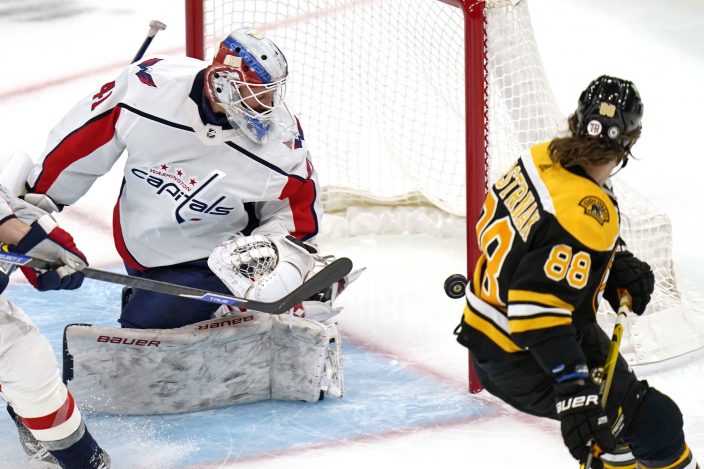 Washington Capitals goaltender Vitek Vanecek, looks back as the puck hits the post after a shot by Boston Bruins right wing David Pastrnak (88) during the first period of an NHL hockey game, Wednesday, March 3, 2021, in Boston. (AP PhotoCharles Krupa)

David Pastrnak scored for Boston. Tuukka Rask stopped 27 shots and was denied in his bid for the 300th victory of his career.

Vrana, the Capitals’ second shooter, shifted around Rask and tucked the puck inside the left post.

Vanecek robbed Jake DeBrusk in the final minute of OT, after Rask made a pair of nice stops on redirect chances by Dmitry Orlov and Nicklas Backstrom. 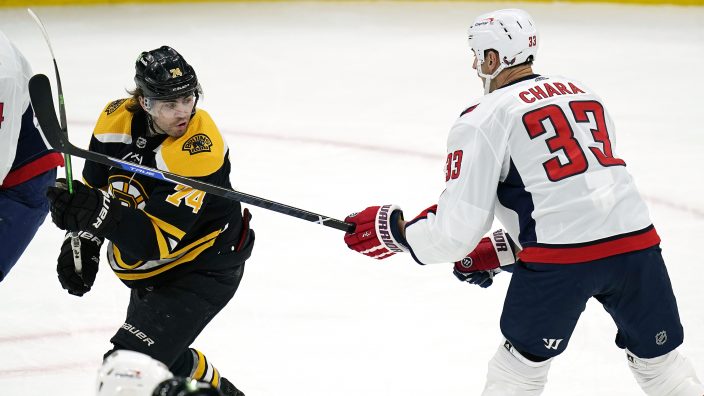 Boston took a 1-0 edge early in the third when Brad Marchand broke down the left wing and sent a cross-ice pass to Pastrnak, who redirected it past Vanecek 1:19 into period.

Washington tied it when Eller scored from the edge of the crease just under five minutes later.

The Bruins played a video tribute for Chara on the Jumbotron during the first TV stoppage. With fans unable to be in the building due to the COVID-19 pandemic, there were messages thanking him. 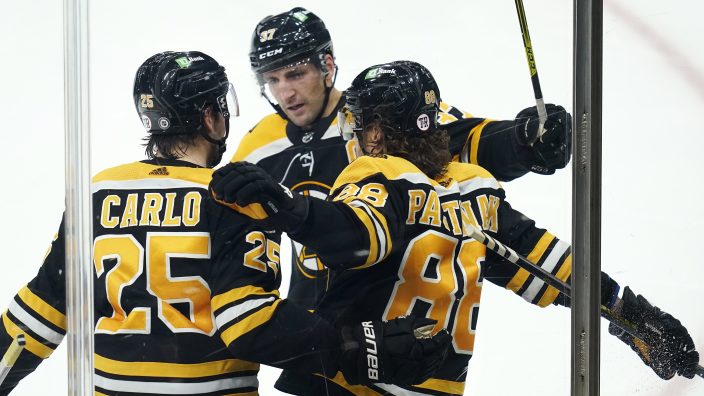 Boston Bruins right wing David Pastrnak (88) is congratulated by Brandon Carlo (25) and Patrice Bergeron, center, after his goal against the Washington Capitals during the third period of an NHL hockey game, Wednesday, March 3, 2021, in Boston. (AP PhotoCharles Krupa)

It was Chara's first time playing in Boston as an opponent in nearly 15 years; the last coming with Ottawa on March 16, 2006.

Washington had T.J. Oshie’s apparent goal with 9:16 left in the opening period overturned after the Bruins challenged that the play was offsides.

In a tight-checking, well-played defensive opening two periods, Washington had the best scoring chance when Rask flashed his right pad to stop Alex Ovechkin’s shot from the slot with about eight minutes left in the second. 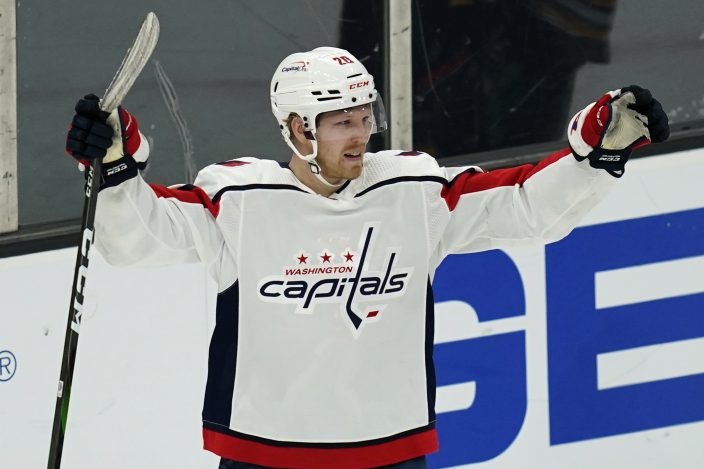 Ovechkin was slow to get up late in the first period after a hard collision at the blue line with Bruins defenseman Charlie McAvoy. Washington’s star was whistled for interference when his right leg hit McAvoy’s left leg.

Without fans in the building, referee Dean Morton could clearly be heard asking the Capitals’ forward: “Are you OK?” before he went into the box. 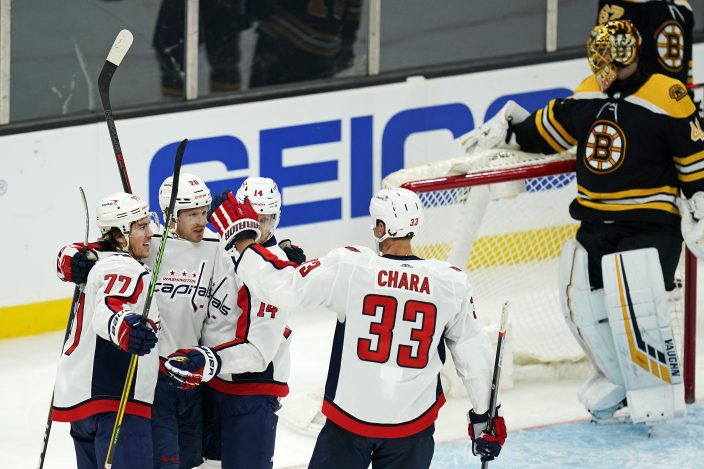 Chara’s family remained in Boston, so he’s able to spend time with his wife, 12-year-old daughter and soon-to-be 5-year-old twin boys this week.

“It was really nice to see them after a long time and to be a dad for one day again,” he said on a Zoom call with the media Tuesday. 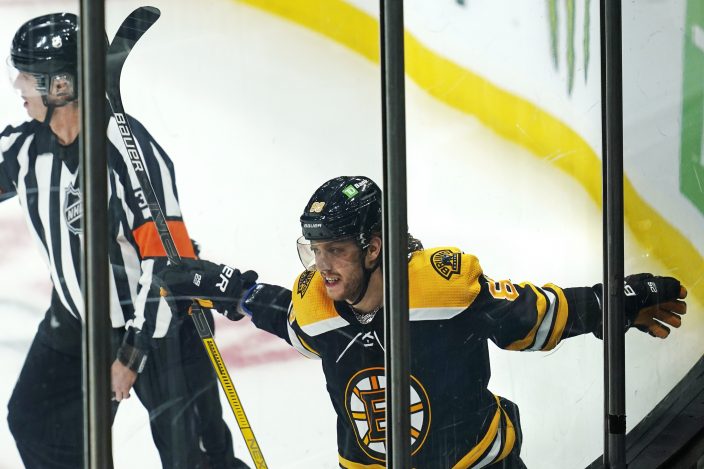 Boston Bruins right wing David Pastrnak (88) celebrates after his goal against the Washington Capitals during the third period of an NHL hockey game, Wednesday, March 3, 2021, in Boston. (AP PhotoCharles Krupa)

The teams meet again in TD Garden on Friday night.